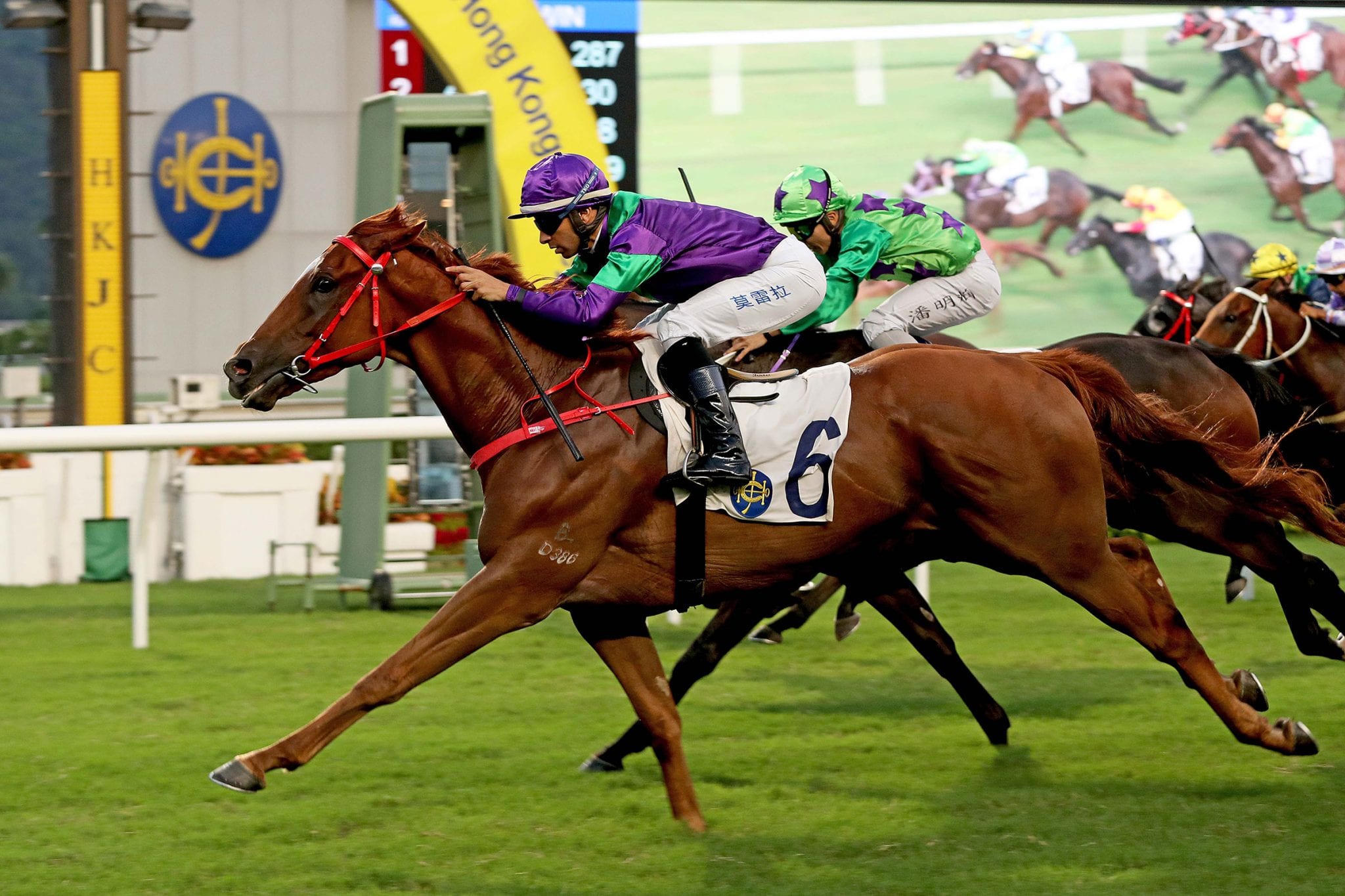 With a respectful eye on several rivals, Joao Moreira is bullish about the chances of Excellent Proposal (132lb) in the Class 2 Choi Hung Handicap (1400m), a defining contest for several Four-Year-Old Classic Series contenders.

A fanatical form student, Moreira hopes his loyalty to Excellent Proposal – winner of three of four Hong Kong starts after building an identical record in Australia for Michael and Richard Freedman – pays off.

Asked to compare his charge with Caspar Fownes’ Enrich Delight, who raced as Chenier for Godolphin in Australia, Moreira said: “At the moment, I can’t split them.

“At the moment, there are some very nice, promising horses out there and Enrich Delight is one of them. We need to see how Excellent Proposal goes first and then we’ll see who is better.”

“He’s (Excellent Proposal) been good, he hasn’t had any problems. John just decided to give him a break for the Four-Year-Old Series,” Moreira said.

“He’s been doing very well in trackwork and his barrier trials in the last week have been good enough for me to go to the races with confidence.

“I wouldn’t be surprised if he wins. He’s a very good horse and not 100 percent yet but I believe his winning chances are great.”

Christophe Soumillon takes the ride on Enrich Delight, who returns to Sha Tin after pleasing Fownes during a short break at Conghua.

“He’s (Enrich Delight) very well, he’s ready to get back and be competitive. He’s in good form,” Fownes said.

“He’s had a little break up in Conghua, we gave him a nice, soft trial there last week and he’s arrived here (at Sha Tin) in good condition and, from a very good draw (barrier 2), he’s got a good chance to show something.

“It’s very tough to come into this environment and get a win first-up so for any horse to do that, it’s certainly exciting. So, he should have a big future for the stable.

“As long as he stays sound, and we can just look after him for each race of the Four-Year-Old Series, we think we’ve got a horse who can do well for us.”

The presence of a string of Hong Kong debutantes with impressive overseas reputations – notably Russian Emperor, Beauty Joy and Tsar – makes Sunday’s race one of the most intriguing of the season.

“I’ve never sat on the horse, I don’t really know him (but) he’s come with a bit of hype, he’s obviously a very good horse,” Schofield said.

“It’s exciting to see what he might do on Sunday. First and foremost, we want to see him run well on Sunday. It will be a nice starting point for him.”

David Hayes will take the wraps off Beauty Joy (116lb), who was unbeaten in four Australian starts as Talladega, while Me Tsui will saddle Tsar (116lb), the winner of three of five starts in England before export to Hong Kong.

Formerly trained by John Gosden, Tsar was a last-start winner over 1600m at Ascot on 25 July under Frankie Dettori.