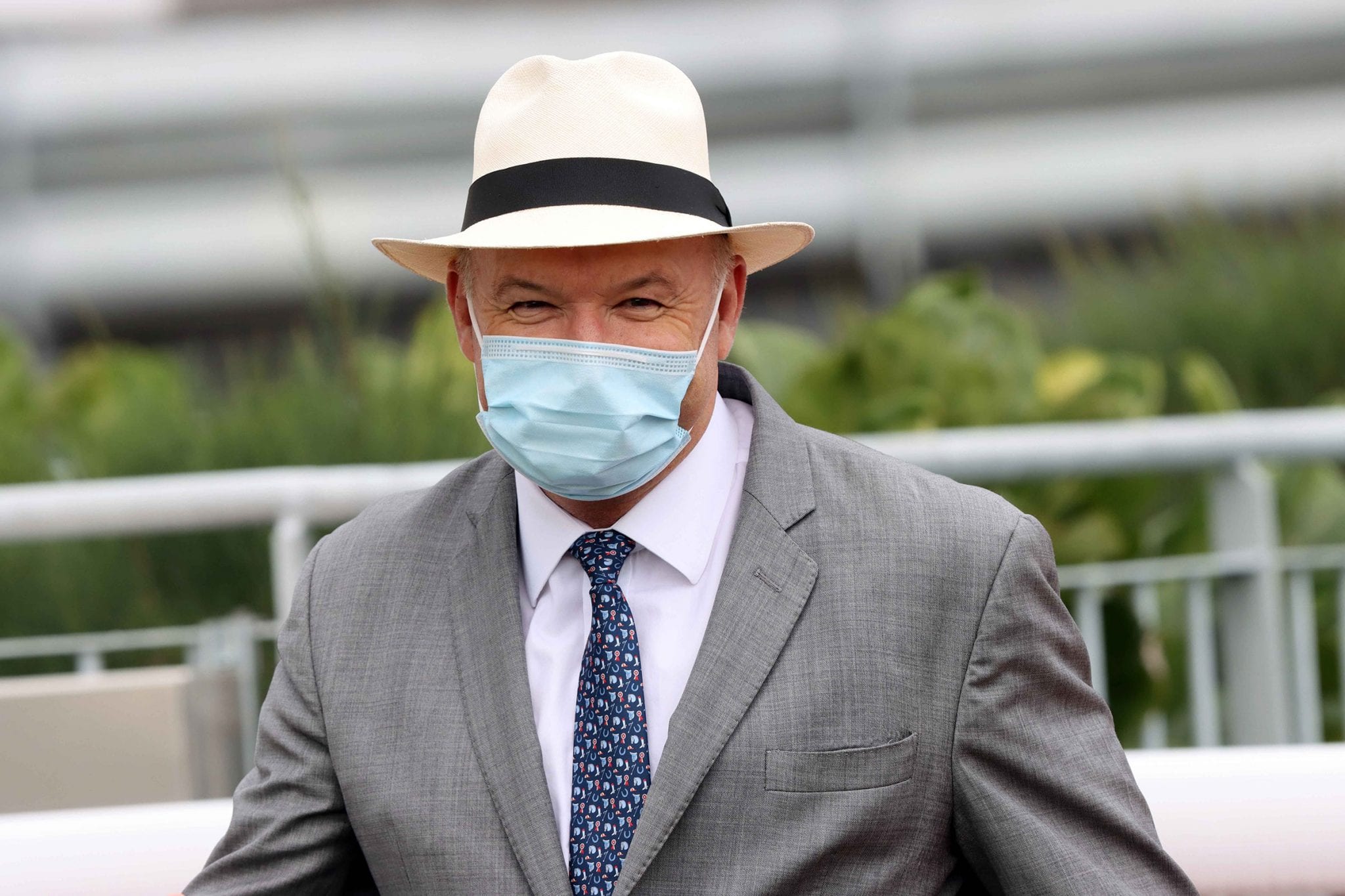 David Hayes will cast unbeaten Beauty Joy (116lb) into a daunting Sha Tin initiation in the Class 2 Choi Hung Handicap (1400m) on Sunday (10 January) in a contest featuring the return of Excellent Proposal (132lb) and a host of international form lines.

The quintet, along with Irish Listed winner Beauty Smile (ex Justifier) and British import Tsar (116lb), will be challenged by a handful of older gallopers ahead of Hong Kong’s lucrative Four-Year-Old Classic Series.

Hayes expects Beauty Joy to improve from Sunday’s run, but points to the gelding’s quality – including his victory in the Listed JC Roberts Stakes (1800m) at Ascot in mid-March last year.

“He’s undefeated from Perth, his last win was his best,” Hayes said.

“He’ll get better with the races over more ground and he’ll be better for the Classic Mile and his two trials in Hong Kong have been very good. But it’s a pretty hot race.”

Formerly trained by Aidan O’Brien, the colt has not started since finishing seventh in the Derby Stakes (2405m) at Epsom in July last year behind stablemate Serpentine.

The four-year-old, who will be ridden by Chad Schofield, trialled impressively at Happy Valley last month.

Enrich Delight, who raced for Godolphin in Australia as Chenier, struck on debut over 1400m at Class 2 level on 29 November to state his case as a contender for the Four-Year-Old Classic Series, which starts with the HK$12 million Hong Kong Classic Mile on 24 January.

Francis Lui’s Lucky Patch, who raced as Paleontologist when unbeaten in two Queensland runs for Billy Healey, won over Sunday’s course and distance on 13 December for Matthew Poon.

Excellent Proposal has climbed from a rating of 78 to 98 with a trio of victories for Size and Joao Moreira, who again rides the son of Exceed And Excel in his return for the first time since October.

Excellent Proposal has posted three wins from four starts in Hong Kong, matching the record he built in Australia for Richard and Michael Freedman.