Jennifer on trial for Melbourne at Hawke’s Bay 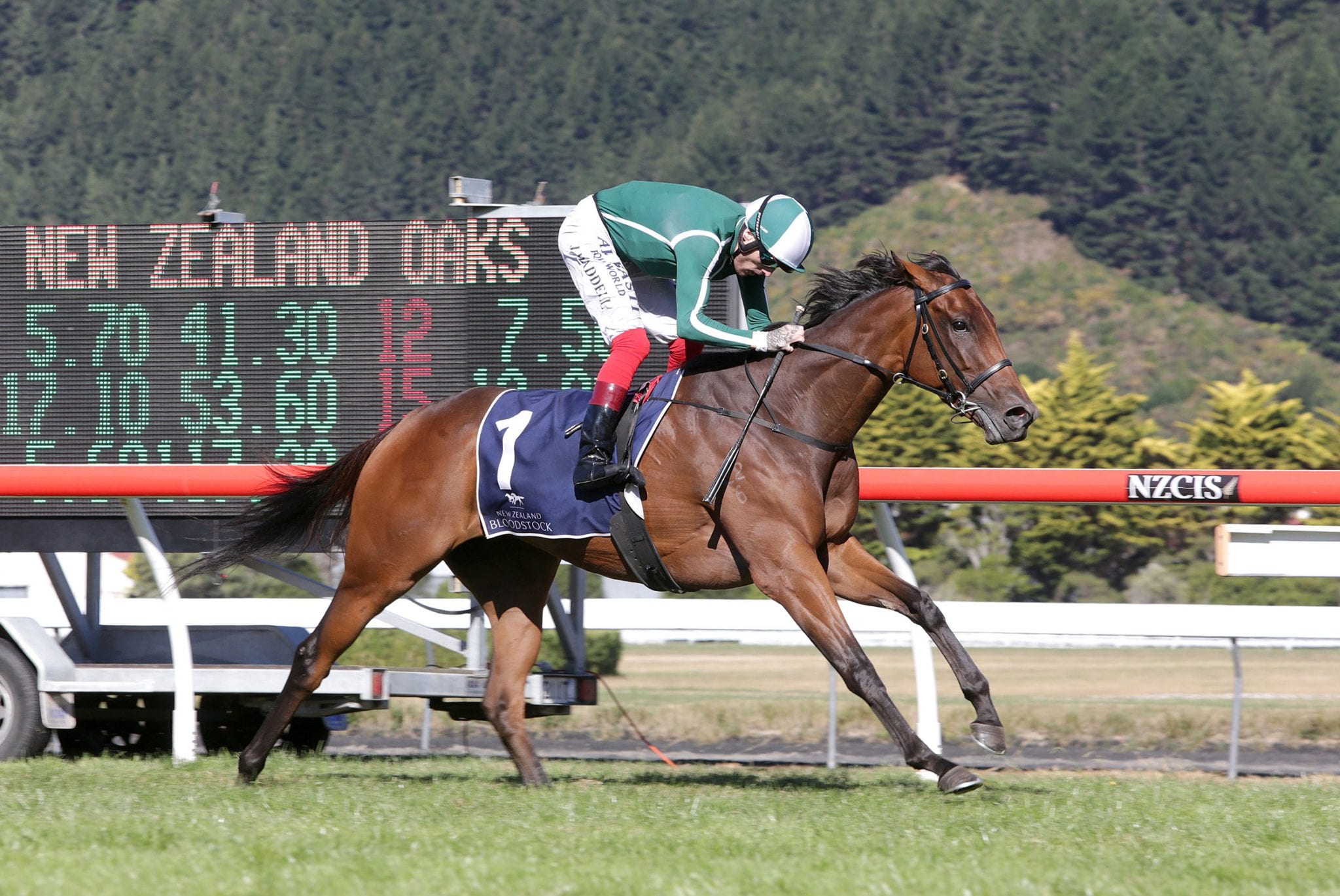 Quality mare Jennifer Eccles has pleased her trainers Shaune Ritchie and Colm Murray ahead of Saturday’s Group 1 Windsor Park Plate (1600m) at Hastings. The popular galloper has never finished worse than fourth in her 12 career starts and caught the eye when finishing into that placing in the Group 1 Tarzino Trophy (1400m) when resuming.

Installed a $7 fourth favourite for the Windsor Park Plate behind Avantage, Melody Belle and Two Illicit, Jennifer Eccles will once again be partnered by jockey Matt Cameron, who was a last-minute replacement for the stood down Jason Waddell on the opening day of the Hawke’s Bay Spring Carnival. “She is doing very well,” Shaune Ritchie said.

“The barrier draw (1) gave us the benefit of the most economical run in the race and because she only got galloping room 250m out, she certainly didn’t have a tough run. “She will go into this next one a little bit of an improved horse with that run under her belt. “Matt Cameron was impressed with the run. She was very willing and travelled keenly. When he asked her to go 250m out she took a 100m to get going but we aren’t racing against three-year-old fillies anymore, we’re in the big time.”

Ritchie said last season’s New Zealand Bloodstock Filly of the Year was on the way up and he is looking forward to getting the daughter of Rip Van Winkle to a mile and beyond. “Matt will ride her again this weekend and he has had a feel of her now and knows a bit about her,” Ritchie said. “I think she is better ridden a spot or two back but we will make the call when the draw comes out. “I always rated her as having a pretty good turn of foot but if you look at her record it tells you she is unbeaten past a mile in her own age group.

“The way she ran the other day you would think 2000m is going to suit her even better. “I wouldn’t commit to running in all three Hastings races, we will just analyse her as she goes through the series. We won’t be running her if we think she has taken half a step backwards.”

Ritchie cautioned punters about taking early odds for Jennifer Eccles in the Group 1 Livamol Classic (2040m) on October 17. “It is fortnightly now (the legs of the Hawke’s Bay Triple Crown), so the luxury of the extra week in previous years I am sure helped a lot,” he said. “She will run this weekend for sure, but I would be advising punters not to back her in the last one until we confirm a start.”

Last season’s Group 1 New Zealand Oaks (2400m) winner is one of 66 second acceptors for the A$5 million Cox Plate (2040m) on October 24. She would want to win and win well this weekend to justify that particular pursuit (Cox Plate), but it is not out of the question, otherwise we wouldn’t have stayed in it,” Ritchie said. “We are keeping our options open, there are other races in Melbourne we could tackle if we win just or run well without winning. “We are still trying to get a handle on what her pet distance is against the open age group.”

Ritchie will have a dual-pronged attack on the Windsor Park Plate, with veteran Sultan Of Swing returning for another tilt at the race, having played second fiddle to a dominant Melody Belle last season. “He will take his place in the Windsor Park and he is racing his way back into form,” Ritchie said after the gelding finished second to Savy Yong Blonk over a mile last start. “He could run well at outside odds but we don’t have illusions of grandeur with him unless things go horribly wrong with others.”

Six-time winner Swisswatch will also be in action for Ritchie and Murray at Hawke’s Bay, contesting an Open 1400m race. “He has always been pretty effective fresh and he has a pretty good record at Hastings as well,” Ritchie said.

Progressive galloper Rum won’t be seen on the second day of the carnival but could feature on the final day after dominating his rivals over 1400m fresh-up. “I made the mistake last year when he won first-up impressively of taking him down two or three weeks later and it was a disaster,” Ritchie said. “He melted in the birdcage and I backed him up too fast. “I won’t make that error again. He won’t run the second day. He will either go back the last day or perhaps to a Rating 74 1400m event at Ellerslie on the same day.”