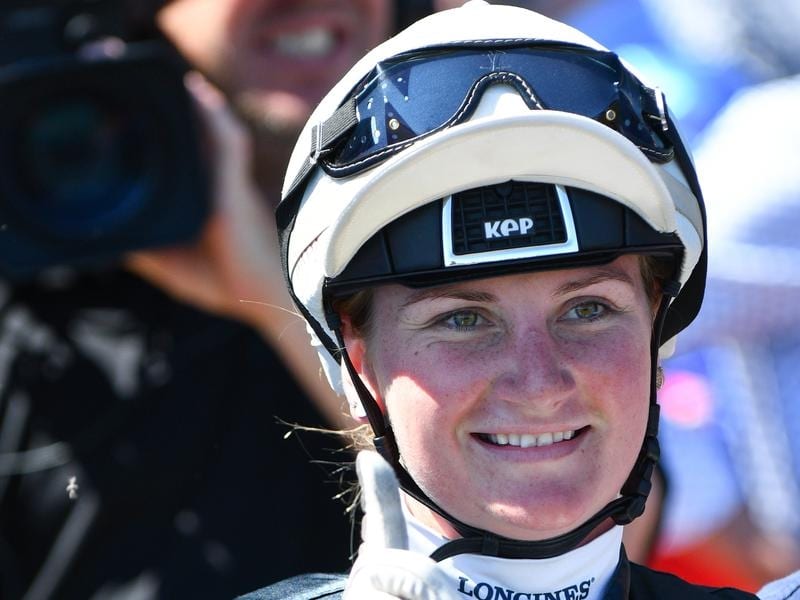 Jamie Kah has celebrated being announced the Victorian Wakeful Club’s Lady Of Racing for 2021 by returning home and claiming the first race at Morphettville on Adelaide Cup day.

Kah guided the Mark Kavanagh-trained Seradess to an easy win in the Listed Cinderella Stakes (1050m) on Monday.

Established in 1994 by Marcia Hill and Marie McCullagh of The Victorian Wakeful Club, the Lady of Racing Award has been won previously by the first female Chairman of the Victoria Racing Club, Amanda Elliott, and Melbourne Cup-winning jockey Michelle Payne among others.

Taking Melbourne Jockeys’ Premiership by storm and firmly cementing her place as one of the country’s leading jockeys, Kah was the unanimous choice to receive the Wakeful Club award which recognises the achievements of female members of the racing and breeding industries.

“I am very humbled to receive this award,” Kah said. “To be named the Lady of Racing is an honour, as there are so many amazing females out there doing so much for the racing industry so to be recognised as one of them is very special.”

Kah cut her teeth over in Adelaide before moving to Melbourne a couple of seasons back and rode Seradess to a five-length victory on Monday.

Seradess shared the prize on debut at Bendigo last month when ridden by Joe Bowditch, but Kah had a good look at the filly sharing the prize on Godolphin filly Cloudy.

Kah expects Seradess to go on to bigger things.

“I just rode her where she was comfortable and she showed an impressive turn of foot,” Kah said.

“There are better wins in store for her.”