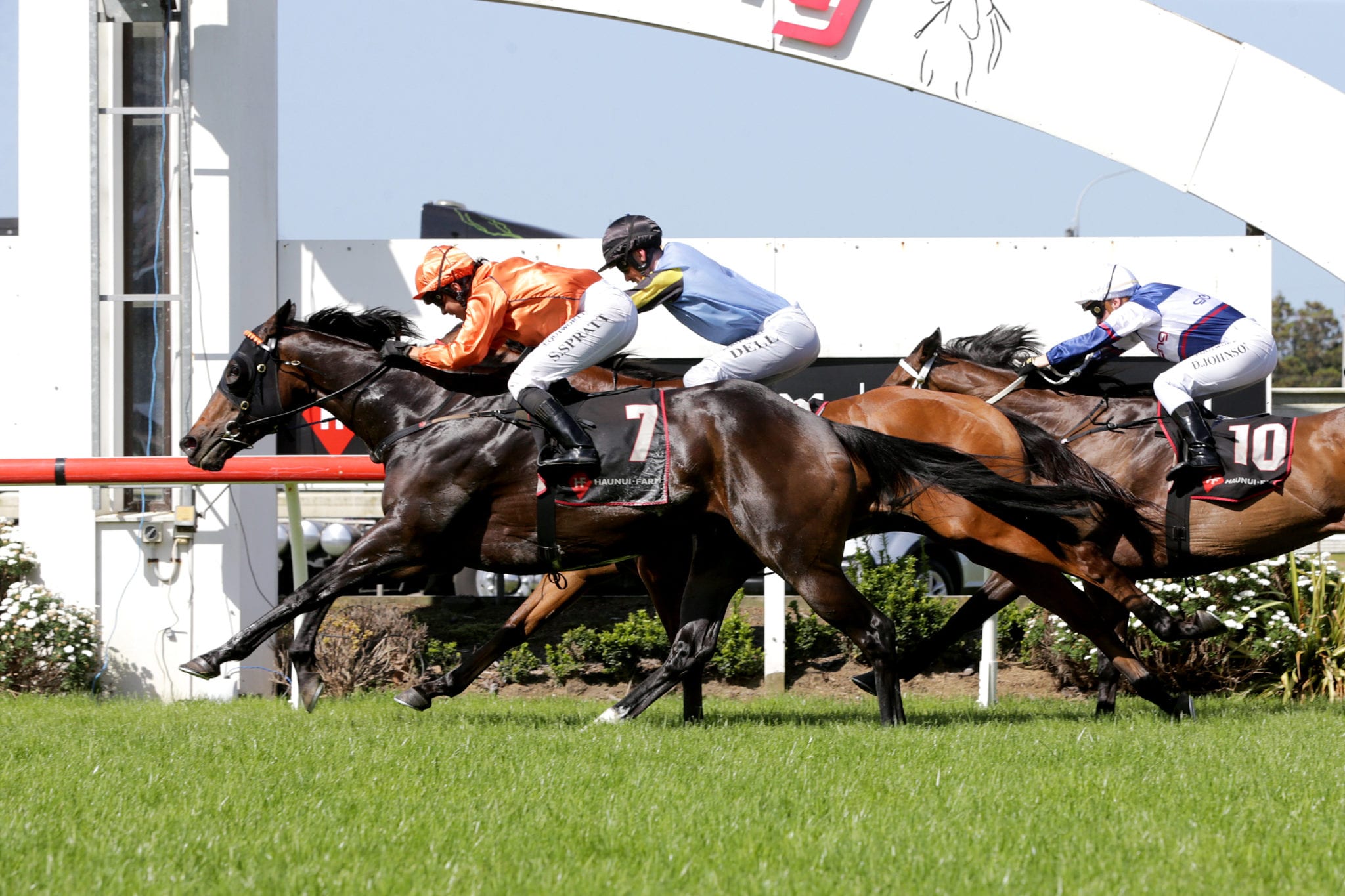 Underrated mare Its Destinys Child upset the apple-cart to provide rider Sam Spratt with a winning black-type double at Pukekohe on Saturday when taking out the Listed Haunui Farm Counties Bowl (1100m).

Spratt had piloted Yearn to victory in the Group 2 Dunstan Feeds Auckland Thoroughbred Breeders’ Stakes (1400m) earlier on the card and doubled up with the lightly raced Castledale mare at her first time aboard the Bob and Jenny Vance-trained six-year-old.

The effervescent Spratt was delighted with the win by her mount who had registered an impressive last start victory at the venue, albeit in lesser company. “She won really well last time so I was pretty pleased to be on her,” Spratt said. “She jumped and put herself there and when I turned for home I was travelling. “She dug to the line well and put in a good tough effort. “I think getting her head around this will help as she is a little fragile mentally, but she can gallop.”

Co-trainer Bob Vance was quietly confident that the mare was ready for a big effort despite being mostly overlooked by punters who installed last-start Pukekohe winner Marzemino as a $1.90 favourite for the event, but that mare finished eighth, beaten less than three lengths. “She’s a pretty good filly who had won last year in the wet, but all she really wanted was a firm track,” Vance said. “I wasn’t worried too much about the field, but more about her draw. “Sam got her beautifully one out and one back so she must have fluked a good run in there. “She was on 53kgs and didn’t run much behind Marzemino’s time here at her last start.”

Vance has lofty aspirations for his charge who holds a nomination for the Group 1 Sistema Railway (1200m) at Ellerslie on New Year’s day. “She is nominated for the Railway so I suppose that is her long term-goal,” he said. “She’s not the easiest mare to deal with as she can get a bit uptight but she will head towards the Railway. “She’s probably better over 1200m and if she can get the right draw and the right run, she can be competitive in a race like that.”

Raced by breeder Mike Nicholson under his M.R.N Breeding and Racing banner, Its Destinys Child is the second foal of Magic Ring mare It’s My Destiny and is the younger half-sister to capable galloper Howbowdat who won four races in New Zealand before being on-sold to Hong Kong interests.