Its Destinys Child bounces back in Ellerslie Group 3 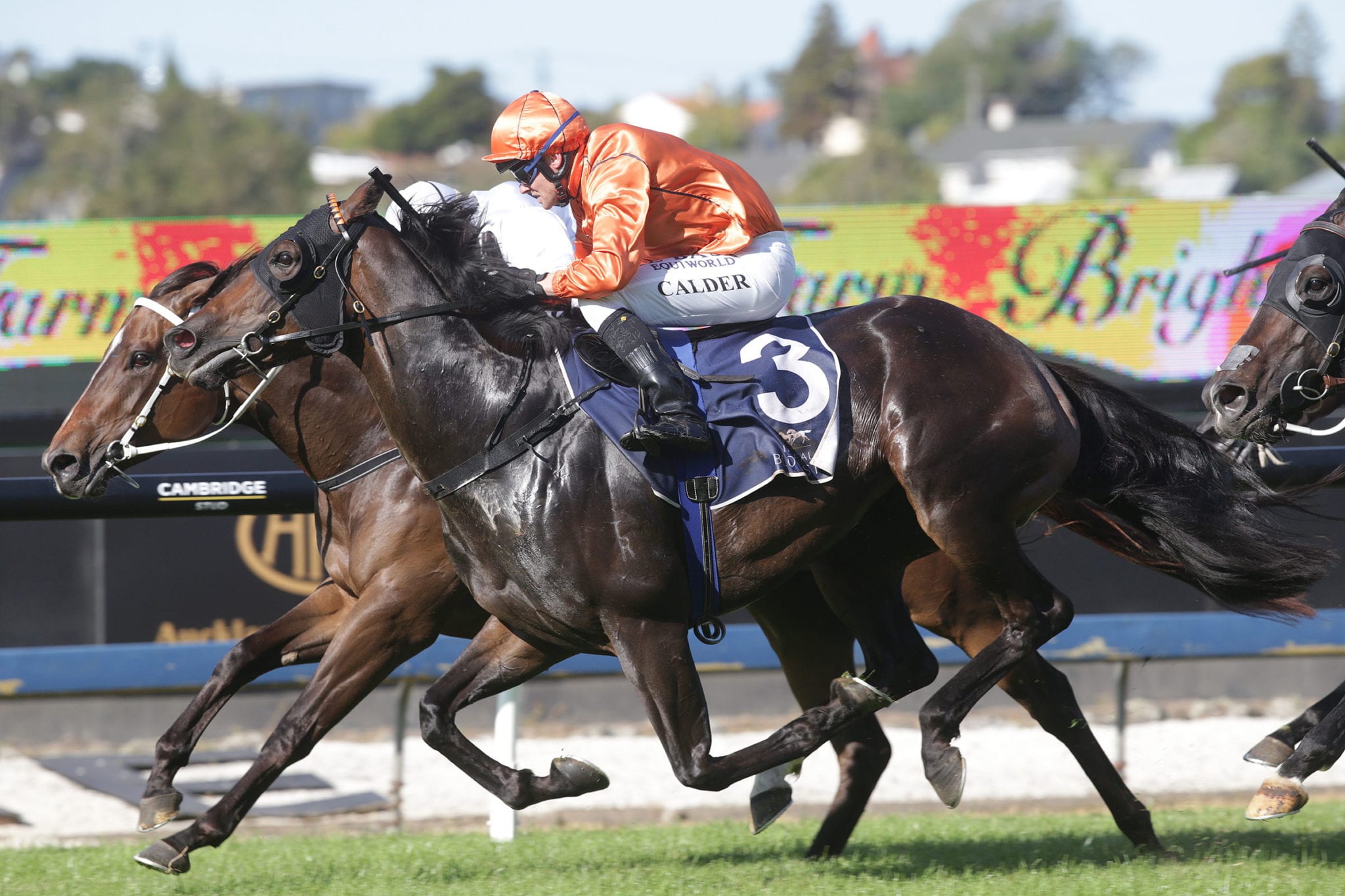 Underrated sprinter Its Destinys Child bounced back from an unplaced run in Group 1 company at her last start to take out the Group 3 [email protected] Farm Concorde Handicap (1200m) at Ellerslie.

The Bob and Jenny Vance-trained six-year-old had won her first two starts in this campaign before tackling the sprinting elite in the Group 1 Railway (1200m) on New Year’s Day where she finished amongst the pack in mid-field after jumping from an outside barrier.

Punters who stuck with the ship were handsomely rewarded on Saturday courtesy of an inch-perfect ride by regular pilot Andrew Calder who positioned his mount in a handy position after jumping well from an inside barrier. Calder improved Its Destinys Child into a challenging position turning for home as lightly weighted runner Molto Veloce shot to the lead with 300m to run.

Its Destinys Child chased hard and put her nose in front where it mattered as she grabbed Molto Veloce in the shadows of the post with Short Fuse storming home out wide to take third.

Co-trainer Bob Vance was delighted with the win as he admitted he had been confident despite what appeared to be a disappointing performance at her last start. “Her run in the Railway last time was great as she ran the third fastest last 600m,” he said. “She was just too wide but she came home really well that day. “Jenny rides her in all her work so I can’t take any credit whatsoever for today.

“Like all good mares she has a little bit of a temperament but she is very good. “I’m not sure what to do next but there could be a race for her here over the Auckland Cup carnival, so we will freshen her up as she does go well fresh.”

Calder also paid tribute to his mount who dug deep to get the win. “I wanted to get my mare into the clear pretty early and give her something to chase down,” he said. “I was always travelling well and at the 200m mark I thought I had the better of the leader (Molto Veloce) but when I got to her she kicked really strongly. “I just kept asking her (Its Destinys Child) and she just out-grinded her. “She wasn’t far away in the Railway and she really deserved that one today.”

Owned and raced by her breeder, Murray Nicholson, Its Destinys Child has now won seven from 17 starts and over $163,000 in prizemoney.