Isotope out for 4 months after colic surgery 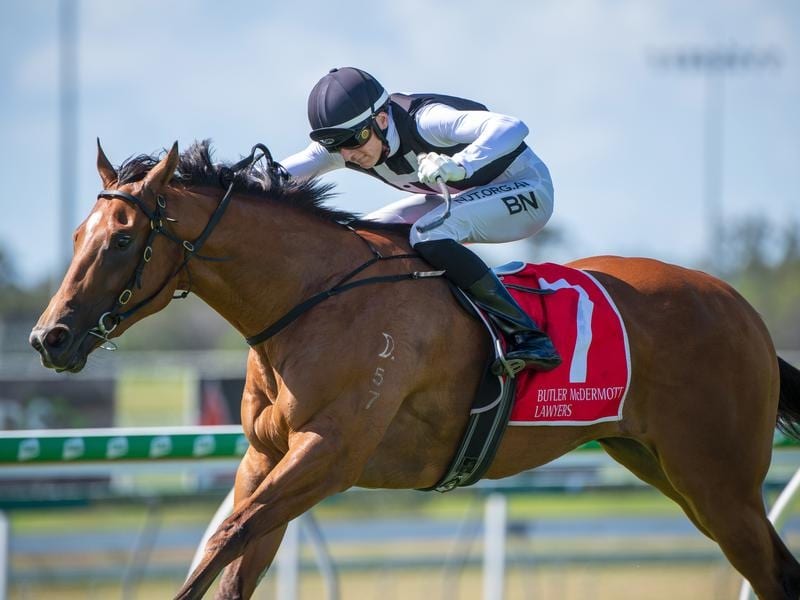 A winner of five races, including three Listed events, the daughter of Deep Field will be sidelined for at least four months, meaning her chances at both The Everest and Golden Eagle have gone begging.

“She won’t be back for a while, she got colic and has had surgery and will be out for the spring,” Gollan said.

Isotope’s trainer said the filly “got a bit colicky” and so was sent to the vets.

“It was a thing called impaction colic as there was a blockage,” Gollan said.

“She is doing really well post-surgery, but she will be having at least four months’ rest.

“She won’t be back until next year.”

The dual Group 2 runner-up has often found herself in the spotlight for the wrong reasons this year, notably when falling in the Gold Coast Magic Millions 3YO Guineas as a heavily backed even-money favourite.

The news comes at a tough time for Gollan, after his well-fancied Stradbroke Handicap runner-up, Vega One, was found to be lame due to being galloped on at some stage in the run.

“He got galloped and it was pretty ordinary but it was hard to see what happened,” he said.

The Group 1 Kingsford Smith Cup winner is likely to have a short break before being targeted for some nice races during the spring alongside her stablemate Krone.

“I should have a good team for the spring,” Gollan said.

“Krone is back in pre-training and I will be taking her away, and then there are horses like Vega One and Jonker, and I want to see how Baller goes in the Healy Stakes.”