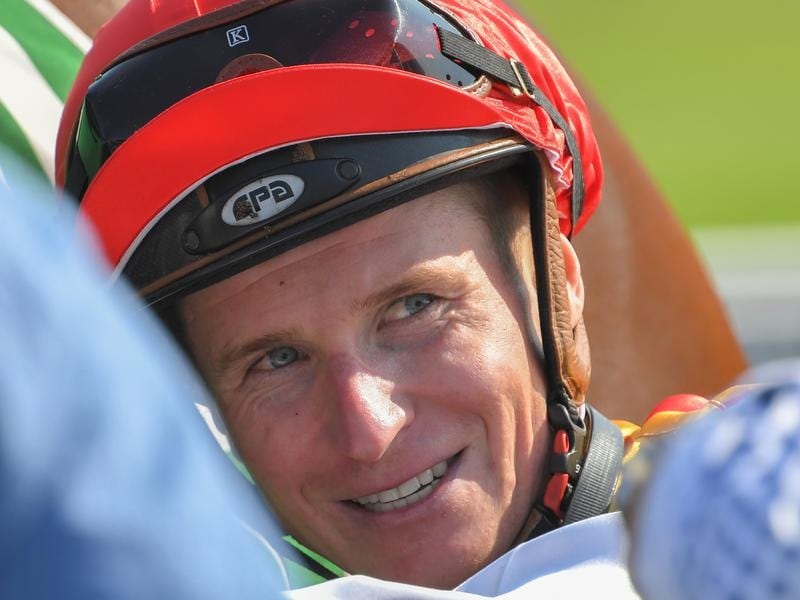 It may only have been a Benchmark 72 on a Wednesday, but leading Australian jockey James McDonald couldn’t have been more impressed with The Move after his win in the fourth race at Warwick Farm in Sydney.

Trained by Queensland’s premier trainer, Tony Gollan, the four-year-old gelding put his interstate rivals to the sword over the 1000m trip, winning by 2.5 lengths.

“He felt he could have won a Saturday race after that performance.

“He just went through his gears beautifully.”

After jumping well, the son of Hinchinbrook was sent forward and camped behind the leaders before moving into the race three wide at the turn.

“He just jumped straight on the bridle and was very well placed by Tony [Gollan],” he said.

The Move was heavily backed prior to the jump, shortening from $2.80 into $2.05, and it was the punters who got the last laugh as he cruised home to win under hands and heels over Key Largo and Zell.

That was the horse’s 11th career start and his third win for astute syndicate Black Soil Bloodstock, who have made a name for themselves over the past 12 months.

April 5 marked 12 months since the first of Black Soil Bloodstock’s runners raced in their black and white silks, in which time they produced 70 starters and 28 winners.

That tally includes Queensland’s princess, Isotope, who finished second by a narrow margin in the Group 2 Arrowfield Sprint behind Wild Ruler and will now be spelled before a crack at some riches over the 2021 Spring Carnival in Victoria.

Gollan and the team at Black Soil Bloodstock have a number of runners engaged at Eagle Farm on Saturday for the start of the Queensland Winter Carnival, including Palladas and Glitter Strip in the Treasury Brisbane 3YO Quality Handicap as well as Refero in the Listed Dalrello Stakes.

Refero has had just the one career start at the Sunshine Coast on April 11 and won that by a length over Tiger Heart, who won impressively in the opening race at Doomben on April 24.

Budding star Garibaldi is a dual acceptor in both the Group 2 Victory Stakes, where he is a $9 chance with online bookmakers, and the final race of the day, a Class 6 over 1200m where he shares favouritism with impressive last-start winner Fender.