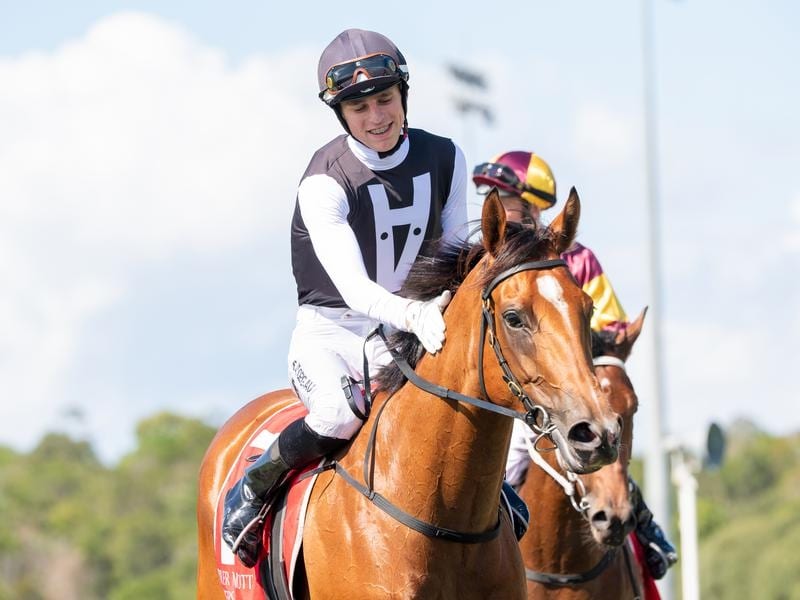 Tony Gollan is hoping Isotope’s class edge will be enough to overcome a wide alley and top weight in her Magic Millions campaign opener at Doomben.

Isotope has the dual burdens of 59kg and the outside alley in the eight-horse field for the Nat McCall Racing Handicap (1050m) but Gollan believes she can overcome those negative factors.

“I don’t like wide draws at the 1050 metres but I like it when I think I’ve got the best horse in the race and I think that’s what I have on Saturday,” Gollan said.

“We’ll be nice and positive from our gate and I suspect she’ll find a spot in the first two pairs.

“If she does that she’s going to be awfully hard to beat.”

Isotope won her first two starts impressively last campaign before finishing runner-up to Rothfire, with Wild Ruler third, in the Champagne Classic (1200m) at Eagle Farm in May.

The filly then finished tenth to Rothfire in the J J Atkins (1400m) but Gollan believes she felt the firm track on that occasion.

Isotope has impressed Gollan with her performances in two barrier trials and a jump out in preparation for her comeback to racing.

“She’s not totally at her top yet but she’s certainly in good order and I’m very happy with her,” he said.

“We’ve got a nice long summer ahead, hopefully culminating in the Magic Millions Guineas and we’ve got plenty of time to get ready for that grand final.”

While Gollan rates Isotope among his best summer carnival contenders, he believes she still has a couple of kinks to iron out before she can be described as the complete package.

“She’s got a few little quirks in the gates we’ve got to overcome this preparation but I think she’s one of our leading chances this summer,” he said.

“I really like her as a filly, she’s come back better and she’s my best chance on Saturday.”

Isotope, one of a bumper team of 15 runners Gollan will saddle up at Doomben, is a $2 favourite with TAB fixed odds to make a successful return to racing on Saturday.