Is it the Arc or Champion Stakes next for world no.1 Ghaiyyath?

Racing Online - Tips - Is it the Arc or Champion Stakes next for world no.1 Ghaiyyath? 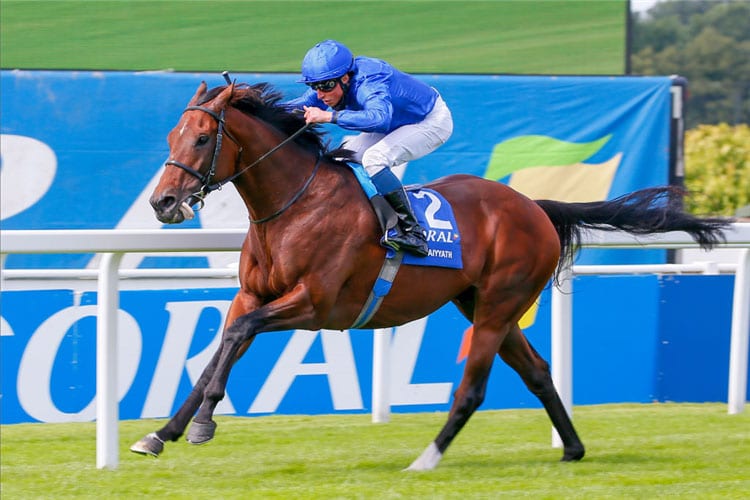 Ghaiyyath has been judged the best turf horse in the world and appears in the ante-post betting for the Prix de l’Arc de Triomphe and Champion Stakes. However, connections have not confirmed the next target, and there are a number of other potential lucrative overseas assignments.

The Breeders’ Cup Classic at the start of November is a possibility regardless of where the horse runs next. Ultimately, the Godolphin owners may be considering the Dubai World Cup next March. Ghaiyyath is an entire horse, so there could be stud duties on the agenda.

In terms of stud value, the horse has very little to prove. Ability on the track does not always translate to the breeding sheds. Winning the Arc or Champion Stakes will make very little difference to the stud fees. However, the horse could stay in training and contest more Group 1 races.

Prize money is not an issue for Ghaiyyath, and reputation and prestige are more important for the owners. His current Official Rating means in any normal year, Ghaiyyath could win the Arc at Longchamp and Champion Stakes at Ascot.

The races are just 13 days apart this year, so contesting both is not out of the question. The Arc takes place on October 4 and Champions Day is October 17. At the time of writing, no online bookmakers are quoting odds for the horse to complete the double.

The bookies will be reluctant to offer a price for Ghaiyyath to win both Group 1 races because of related contingencies. If the horse bolts up in the Arc, the odds on a Champion Stakes win would be much shorter. You can back the horse to win each race in singles but not a multiple.

Ghaiyyath has earned the highest international turf rating after winning three Group 1 races by a combined margin of almost eight lengths. The three races were from 10 to 12 furlongs in distance. The Arc is run over 12 furlongs, while the Champion Stakes is two furlongs shorter.  The ground has been good or good-to-firm for the three races.

Ghaiyyath is aged five and so concedes allowances to the three-year olds and fillies. The horse would carry 9st 5lbs in the Arc while Love hauls only 8st 9lbs due to age and sex. Giving 10lbs to the winner of the 1,000 Guineas and the Oaks would be a massive ask.

UK racing bookmakers have cautiously priced Ghaiyyath as the +500 third favourite for the Arc. The fillies Love and Enable are shorter in the betting. The Arc is the most prestigious all-aged Flat race in Europe and carries more kudos than the Champion Stakes, but the Ascot race will be a better fit for Ghaiyyath.

It is significant that the world no.1 turf horse is half the price to win the Champion Stakes at +250. He will find it more difficult to dictate the pace in the Arc, which had a below-average field size of 12 runners last season. The Champion Stakes usually has fewer runners, which suits Ghaiyyath.

Significantly, horses aged three are allocated 3lbs more in weight in the Champion Stakes than the Arc. So, if Love ran in the race, Ghaiyyath would be 3lbs better in than if the horses clashed in the Arc.  The key factors suggest the Champion Stakes is the more likely option, but the bookmakers have factored that into the odds.

There has been no announcement about when Ghaiyyath will be retired. You can back him at +1400 to win the Breeders’ Cup Classic on the first Saturday in November. The horse could be contesting that race after winning the Arc or Champion Stakes. The odds are shorter, but the better bet is on Ghaiyyath to win the Champion Stakes.