Irish St Leger Trial made for Master Of Reality 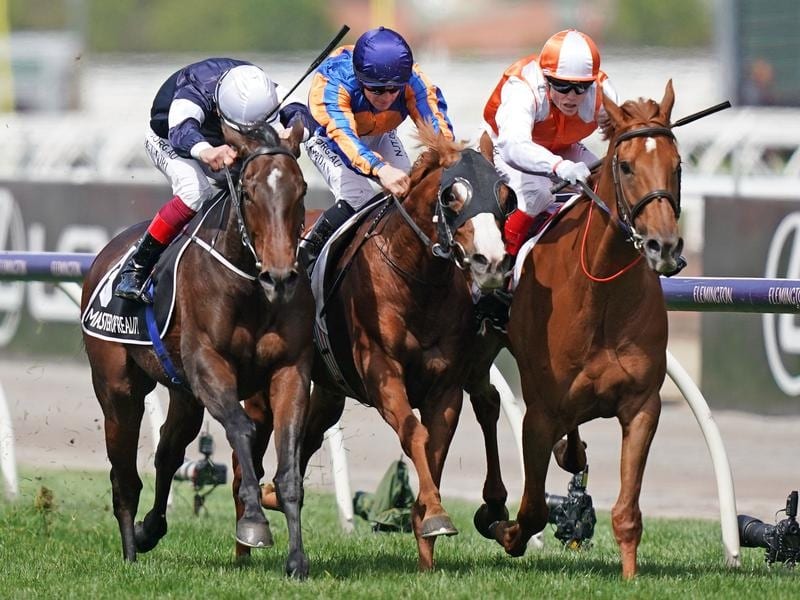 Master Of Reality has the form and pedigree to contest the Group 3 Irish St Leger Trial at the Curragh on Friday. The son of Frankel is the second-highest rated runner and if he’s anything like a chip off the old block, the race is a formality. Breeding is not an exact science, however, and Search For A Song will be difficult to beat.

Frankel ran 14 times and was never beaten. The Henry Cecil-trained horse was the highest-rated runner in the world from May 2011 until his final race in October 2012. The World Thoroughbred Racehorse Rankings Committee made Frankel the best horse they have assessed since ratings were introduced in 1977.

Now a stallion, Frankel coupled with the mare L’Ancresse in 2014 and produced Master Of Reality. That horse is trained by Joseph O’Brien, who will be looking to beat runners trained by his dad, Aidan, and brother Donnacha in the St Leger trial.

If Master Of Reality is from good stock, his trainer is bred on the male side from the best Flat trainer in the history of Irish racing. The apple didn’t fall far from the tree, as Joseph has already trained winners of the Irish Derby and Melbourne Cup. Donnacha has won Group 1 races with Fancy Blue, so the boys have learnt well from their father.

Master Of Reality, +300 in the early betting, will have to produce an impressive run on Friday in the trial to provide his trainer with a second Irish Classic win in the St Leger. Southern France, trained by Aidan, won the race last year and then finished third in the Group 1 Classic.

Initially only horses aged three could run in the Irish St Leger, but the race became open to all ages over three in 1983. The trial has the same conditions, and Master Of Reality is now a five-year-old gelding. That means he won’t have a career at stud, so connections must maximise his earnings on the track.

Master Of Reality has not won in six starts and has three wins from 15 runs, but there is some decent form in the book. Most notably, the horse finished fourth in the Melbourne Cup last year and was fifth in the Irish St Leger last September after finishing third in this trial.

Master Of Reality finished one length behind Stradivarius in third place in the 2019 Gold Cup at Ascot while receiving just one pound on the winner. The horse is proven as one of the best international stayers in racing and deserves to win a St Leger in Ireland. Friday’s prep race is part of that process.

The highest-rated horse in the field is Search For A Song (+137.5), the Irish St Leger winner last year. The horse finished four lengths ahead of Mater Of Reality with a 10lbs weight-for-age allowance, but he only gets three pounds in this trial.

On ratings, Micro Manage is the best of the rest. This handicapper now races at Group level and could be found out. Sea The Lion has not been good enough in this company in the past. Delphi has won three races in three starts but contests a first Group race. Broad Street is the best of three runners owned by the sponsors but has something to find. So, it looks a two-horse race.

In theory Master Of Reality is three pounds well in with Search for A Song, yet the son of Frankel is a bigger price. Collateral form is not an exact science, but the O’Brien runner has the ability to beat the favourite, win the trial and run in the Irish St Leger for the second time.