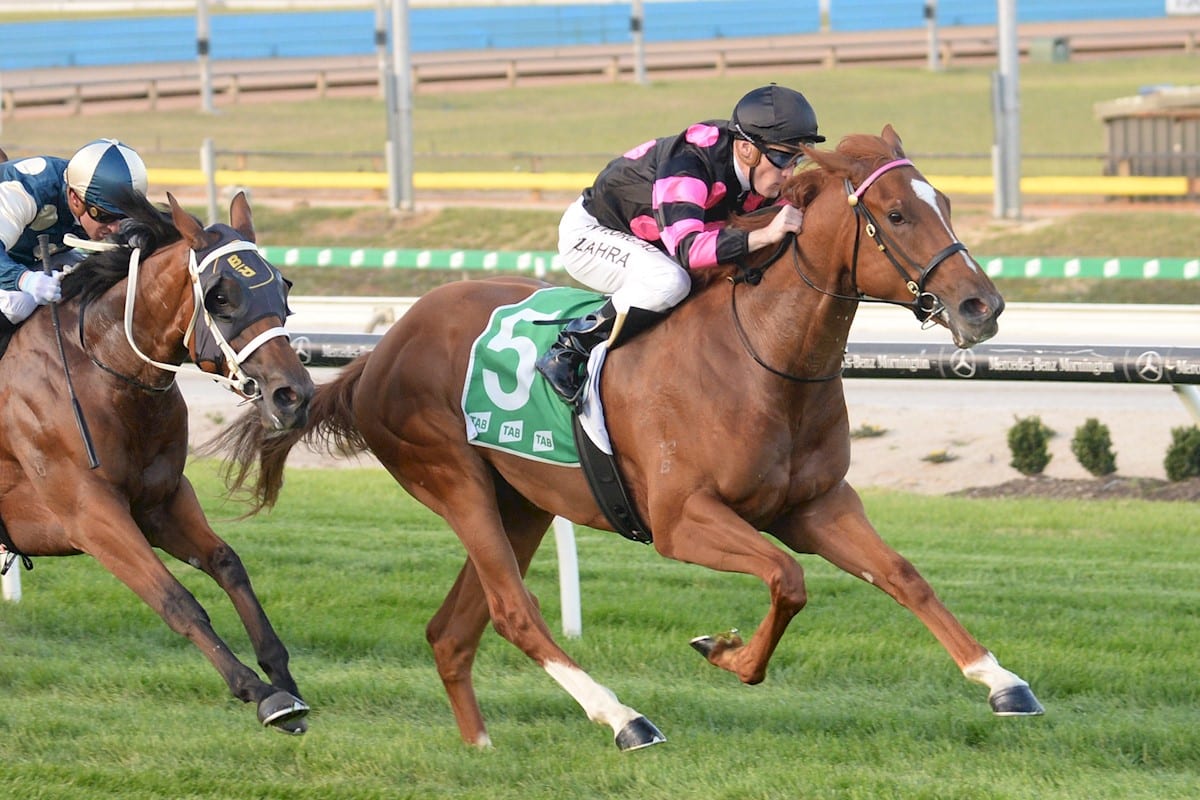 Thoughts of contesting the big juvenile races at carnival times did not cross the mind of Caulfield trainer Nick Ryan despite knowing he had a more than handy two-year-old on his hands.

Instead, Ryan was content to look at good money options in a bid to build a nice bank balance for connections.

Ryan has debut Cranbourne winner Irish Mist heading towards both contests, a long-term program since the filly joined his boutique stable.

“She’d shown very good ability in both her jump-outs prior to Cranbourne, so this race was certainly on the radar as is The Showdown in three weeks time,” Ryan said.

“Saturday is a bit of a target race and its great prize money is so worthwhile, but her Grand Final is definitely The Showdown.”

Irish Mist was bred by part-owner Barb Saunders and Ryan said the filly came to his stable well-educated, but very raw.

He’s been able to knock some of that rawness out and sees barrier one on Saturday in the 15-horse field as a huge advantage.

“She’s very quick out of the barriers and has quite a big stride,” Ryan said.

“That tactical speed comes into play over short trips.”

The one unknown is the wet track, rated a Soft7 on Thursday.

But Ryan expects the filly to handle the ground after a course-proper gallop at Caulfield last Saturday.

“I reckon that it was a seven, bordering on an eight, it was quite soft,” Ryan said.

“She seemed to get through it very, very well.

“Sometimes you don’t know until you go to the races, but I’m very confident that she’ll handle it.”