Inside draw a boost for The Chosen One 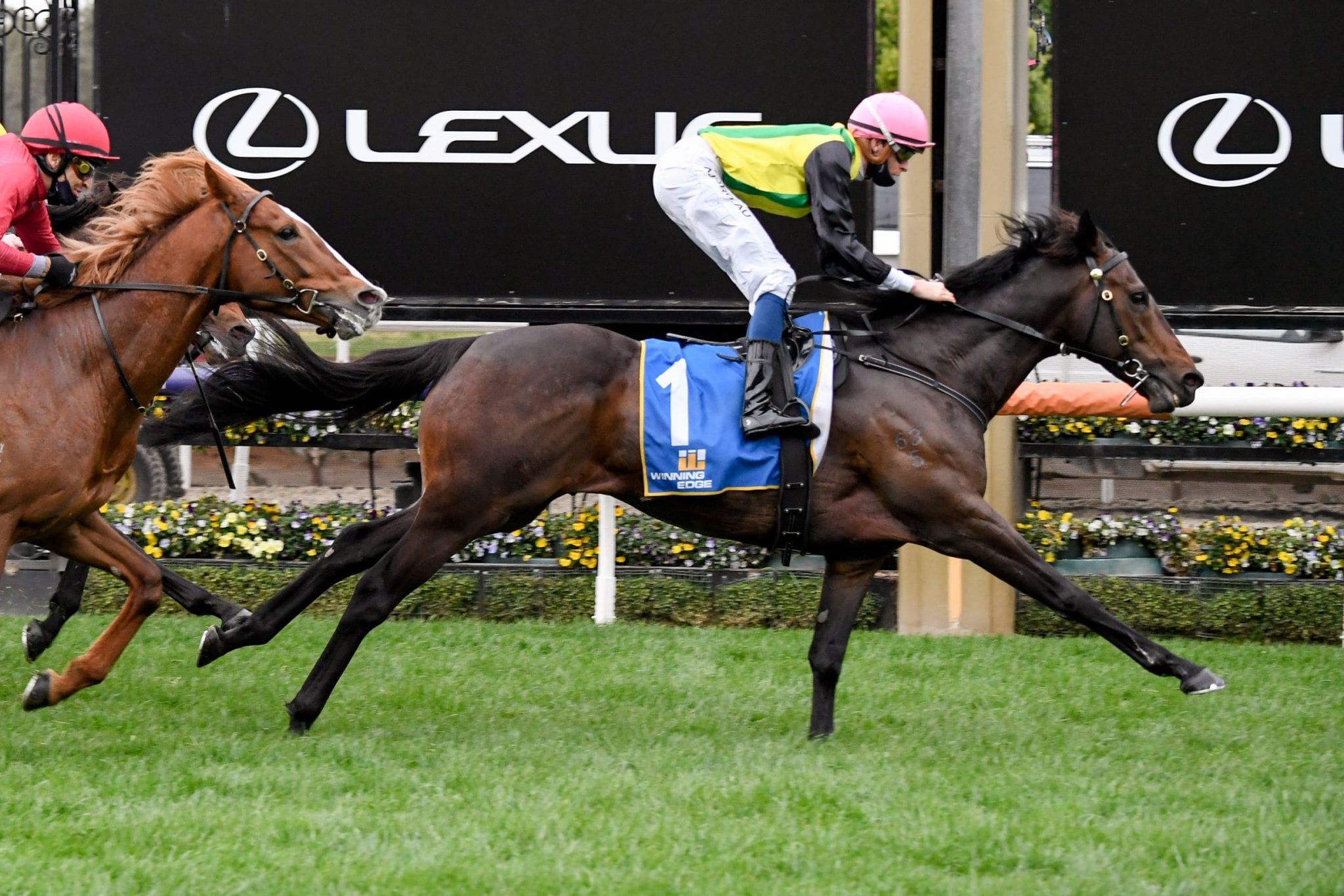 The Murray Baker and Andrew Forsman-trained The Chosen One has snuck into the Group 1 Caulfield Cup (2400m) for the second year in a row. The Group 2-winning stayer finished ninth in last year’s Caulfield Cup after drawing barrier 18, but this year will start from a much more favourable barrier two.

The son of Savabeel is an $81 chance for Saturday’s feature, having finished seventh in the Group 2 Herbert Power (2400m) over the same course and distance last week. “The inside draw means he doesn’t have to get so far back and he doesn’t have to try and come around the field, which when you have 17 other horses of that calibre is pretty tough,” Forsman said.

“The plan will be to be as handy as possible without over-doing it and hopefully he gets a bit of luck in the run. “Last start, in particular, was just a nothing run. He was three wide with no cover in a muddling run race. You have to forgive him that. He didn’t throw it away, he kept whacking away. “The start before was a little bit disappointing but it was at weight-for-age. “Back to a handicap, with blinkers on, I think he is a horse that appreciates Flemington as opposed to Caulfield, but the key is a good draw. “If he gets a bit of luck then there is no reason he can’t be competitive.”

With The Chosen One scraping into the field late in the piece, rider Michael Dee, who has ridden the five-year-old in all three starts this spring, was already committed to rival Toffee Tongue. Baker and Forsman have called upon another Kiwi expat, with Daniel Stackhouse to ride. “Daniel was second on the premiership in Victoria last year and is riding well,” Forsman said. “He can do the weight comfortably enough and it is good to have a young Kiwi on board. He will give 110 percent and rise to the occasion, I am sure of it.”

Closer to home, the Baker and Forsman stable will have runners at both Hastings and Ellerslie this weekend, with Group 1 winner True Enough resuming in the Group 3 Red Badge Sprint (1400m) at Hastings. “Obviously he is always very genuine. He was meant to resume earlier in the season but he had a bit of a setback,” Forsman said.

“He missed probably a week or so and we thought it was best to miss the Triple Crown at Hastings and reassess. “He is an older horse and probably a bit vulnerable fresh-up. He is not really well weighted against some of those ones that have had a run and are a bit sharper but he is always competitive and you wouldn’t write him off, that’s for sure. “He is a big horse and with Jonathan (Riddell, jockey) on he won’t have a lot of dead weight to carry. “He will put himself handy enough from a good draw and should be competitive.”

The Group 2 Gartshore Tauranga Stakes (1600m) and the Group 1 Cambridge Stud Zabeel Classic (2000m) on Boxing Day are likely targets for the seven-year-old, who has won nine of his 22 starts and placed on a further 10 occasions.

Stakes-placed mare Vee Cece shapes as the best of the Cambridge stable’s runners this weekend, having closed well for seventh over a mile last start and stepping up to 2200m at Hastings on Saturday. “Vee Cece carries a bit of weight but went really well last start and drops in grade. With a bit of luck, the first run over ground, she will need a conservative run and should be hard to beat,” Forsman said.

Meanwhile, Forsman confirmed last-start Group 2 Hawke’s Bay Guineas (1400m) winner Aegon will head straight to the Group 1 Al Basti Equiworld Dubai 48th New Zealand 2000 Guineas (1600m) at Riccarton on November 7 without another run. Unbeaten in two starts, Aegon is the $4.50 joint favourite for the Guineas with the Tony Pike- trained Not An Option.

Stablemate Suffused has gone for a spell and will have a few weeks out, and is aiming to be back racing around Christmas and New Year, while Unition will contest the Group 3 War Decree Stakes (1600m) at Riccarton next Saturday.