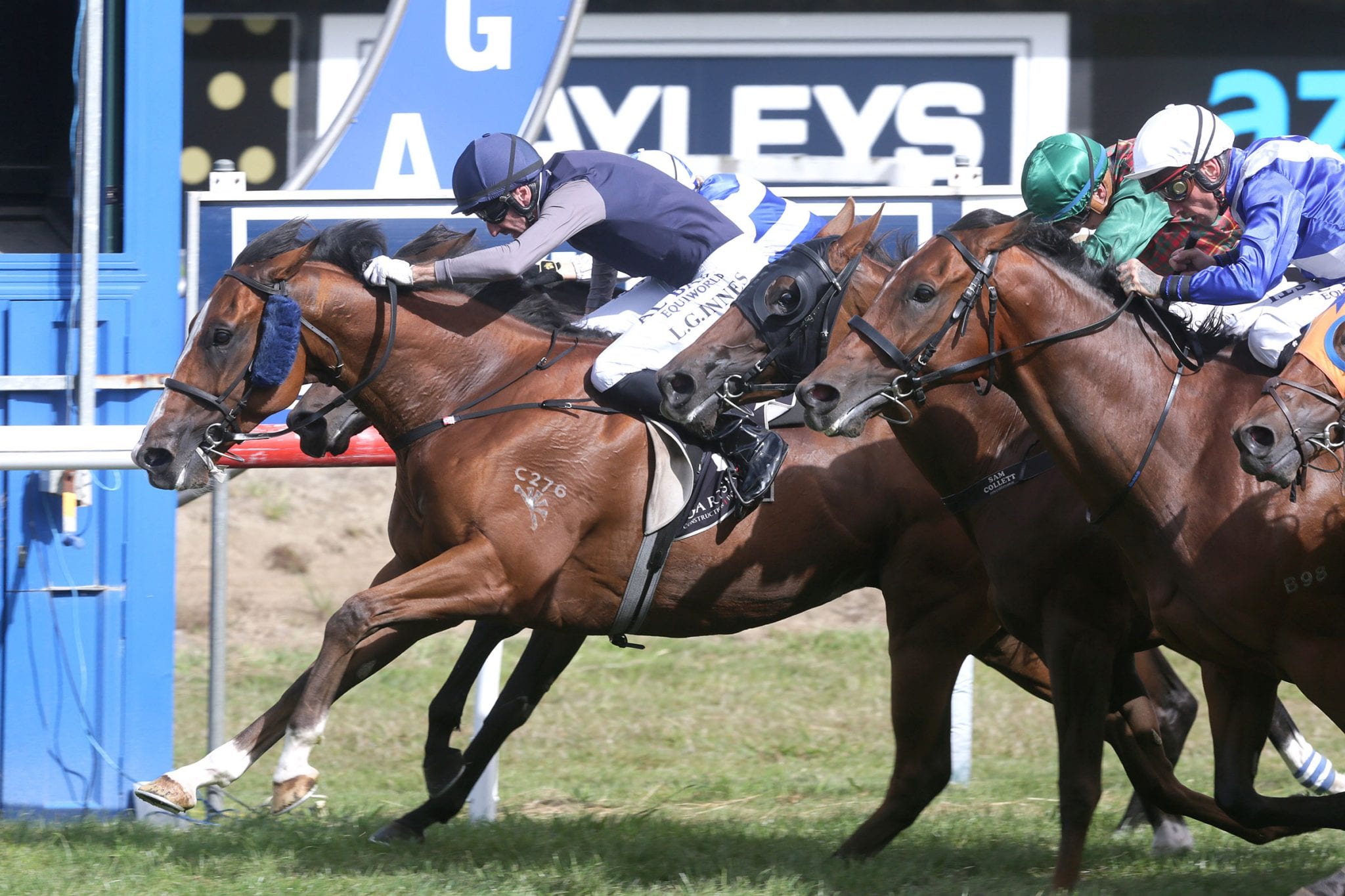 The Fastnet Rock five-year-old has proven a model of consistency since returning to New Zealand following one unsuccessful start in Hong Kong.

Now in the care of Lauren Brennan, Packing Rockstar had produced an eye-catching performance to score over 1400m at Ellerslie at his last start, just three runs after finishing fourth in the Group 1 Sistema Railway (1200m) behind Avantage on New Year’s Day.

Despite having to fight hard to secure the pacemaking role in the early stages of the contest, Innes had Packing Rockstar travelling easily once in front and was full of running approaching the home bend.

Once given his head, Packing Rockstar gave a kick before doggedly staving off his rivals to hold out the late-closing Siracusa with Gino Severini, Travelling Light and race favourite Prise De Fer all finishing within a length of the winner.

Innes, who was having his first ride on the horse, was full of praise for the effort although he admitted to being concerned when being challenged from all angles over the concluding stages.

“He is a lovely big horse who fights really hard,” he said.

“He was a bit of a handful around at the start, but when we got underway, he gave me a lovely ride.

“I had spoken to his part-owner Gary Carvell yesterday and he had said to me not to fight him, just to get him in a good rhythm and he would give me everything in the run home.

“We did a bit early on, but once he found the front he trucked along nicely and I had a lot of horse underneath me approaching the home straight.

“He started to get a little weary at the 100m and rolled off the fence, which gave Siracusa the gap, but he fought bravely and had enough to close it out.”

Brennan was thrilled with the win although she doesn’t have any firm plans for the horse due to his preference for good tracks.

“He was super today and got conditions to suit,” she said. “He has only ever gone one average race and that was on a soft track at Matamata, so he definitely needs good going.

“With the tracks starting to soften we’ll just play things by ear and give him a few easy days before we decide about his next start.

Raced by Bloodstock Agent Gary Carvell along with Brennan and her husband Mickey under their Monacurragh Lodge banner, Packing Rockstar is a son of Group One winner Anabandana and has now won six of his 15 starts and over $231,000 in prizemoney.