Innes out to round off Triple Crown 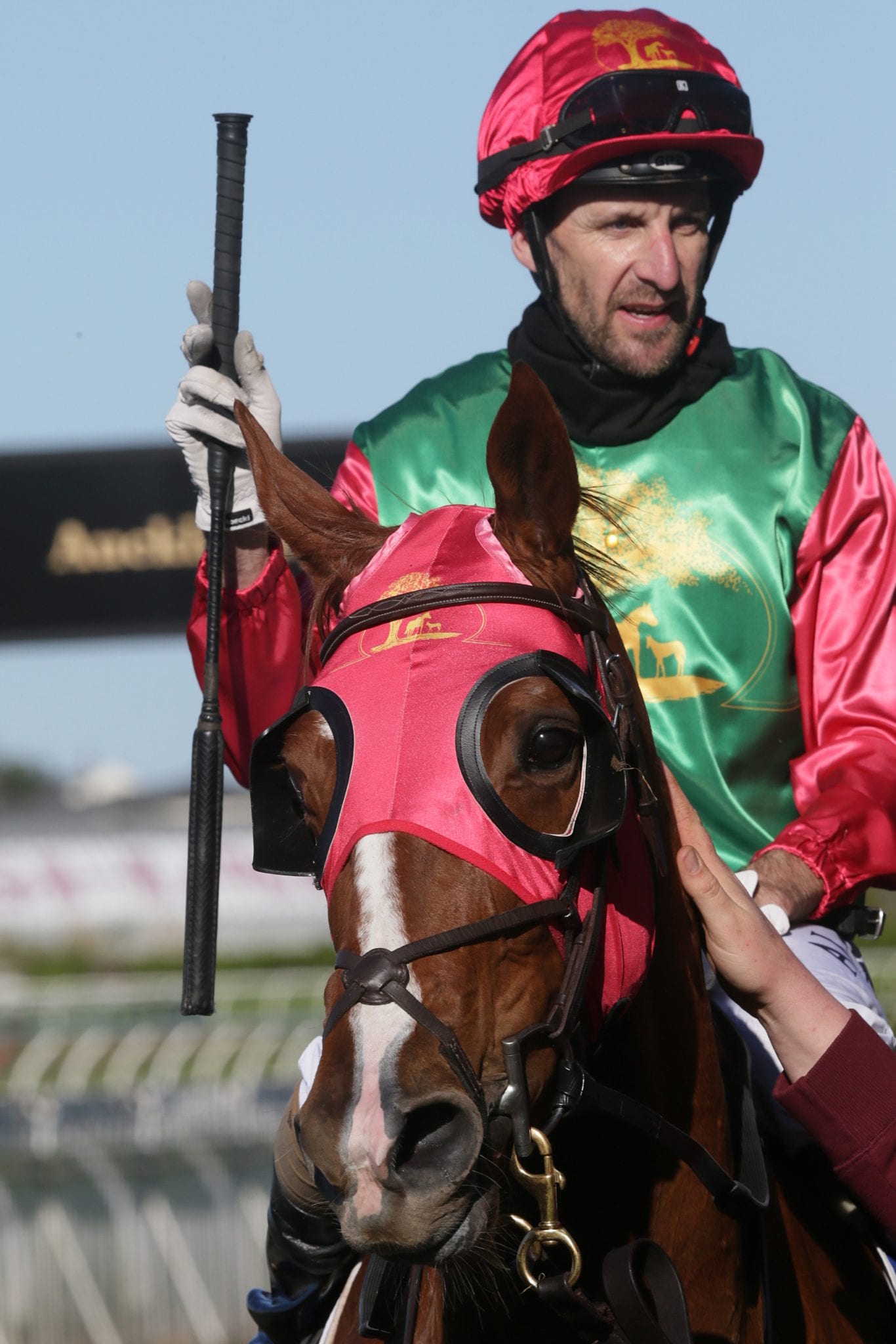 Big-race jockey Leith Innes believes Two Illicit could be the horse to help him complete the Hawke’s Bay Group 1 Triple Crown. Innes has won the first two legs of Hastings’ spring attraction, taking the Group 1 Tarzino Trophy (1400m) on three occasions (Starcraft, 2004 and Kawi 2015 and 2016) and the Group 1 Windsor Park Plate (1600m) four years ago aboard Kawi, but he has had no luck in the third leg, the Group 1 Livamol Classic (2040m) with his best result being a third aboard the Australian visitor Miss Maren in 2009.

However, the South Auckland-based hoop feels he could have the right ammunition with Two Illicit to give him his first Livamol Classic win at Hastings on Saturday week. “Obviously in a dream world you would want to ride Melody Belle, but apart from her there’s nothing else I would want to be on than Two Illicit,” Innes said. “I haven’t had any luck in the Livamol and I would definitely love to knock it off. It’s a Group 1 I haven’t won yet. “I like riding at Hastings and to win all three legs would be special.”

Innes picked up the early season ride on Two Illicit with regular jockey Vinnie Colgan still recuperating from an operation and, as impressed as he was by his first feel of the Jimmy Choux four-year-old when winning over 1400m at Ellerslie on September 12, his confidence in the Group 1 New Zealand Derby (2400m) runner-up has grown to a new level after guiding her into fourth behind Melody Belle in last Saturday’s Windsor Park Plate.

“It was a good run last Saturday,” he said. “The way the race was run she never had a chance to travel on the bridle. “The whole field was chasing from the 1000m and on the face of it she might have looked to be battling to the line, but it was a good second-up run and her sectionals were good.”

That is the first time she has been out of the first three in nine starts and the fact she is unbeaten in two starts over 2000m in the Group 2 Royal Stakes (2000m) and Group 2 Waikato Guineas (2000m) boosts Innes’ confidence approaching the step up to 2040m in the Livamol Classic.

Two races earlier on last Saturday’s Hastings card Innes guided Aegon to a barnstorming win in the Group 2 Hawke’s Bay Guineas (1400m) in an effort which makes the Murray Baker and Andrew Forsman-trained three-year-old a strong chance in the Group 1 New Zealand 2000 Guineas (1600m) at Riccarton next month.

“It was a really good win,” Innes said. “Andrew was confident before the race that he would go well and the way he won he has to be a good chance in the 2000 Guineas. I just hope I can keep the ride. “I think that’s the way to ride him, just letting him settle at the back of the speed and giving him room to wind up.” Aegon unleashed a similar performance in his debut when storming home from last at Taupo to win over 1300m in the hands of Matt Cameron.

Another three-year-old rated highly by Innes is the Tony Pike-trained The Irishman, who created a big impression when unbeaten in two trials before winning his debut on a heavy10 track at Avondale on September 2. The Tavistock colt then followed up with a fifth in the Listed El Roca-Sir Colin Meads Trophy (1200m) on the first day of the Hawke’s Bay Spring Carnival.

“He was a tad disappointing at Hastings, but he was caught a bit wide and probably the run at Avondale on a heavy track took a bit out of him,” Innes said. “He has been turned out for a month to freshen. “He’s a really good horse and I’ll be surprised if he doesn’t win something big. “His main aim is the Karaka (Million 3YO) Mile and he could be my New Zealand Derby (Group 1, 2400m) ride. He’s only going to get better.”

As the contracted New Zealand rider to Cambridge Stud owners Brendan and Jo Lindsay, Innes has access to a host of promising and proven horses with Sherrif and Taroni currently on the stakes trail.

Sherrif, a winner of five of his 14 starts, won the Group 3 Manawatu Classic (2000m) as a three-year-old and is being readied for the Group 3 Counties Cup (2100m) at Pukekohe on November 21. “He should have won last start,” Innes said, referring to Sherrif’s second over 1600m at Te Rapa last Friday. “He has come up well and should be a good ride in the Counties Cup.”

Taroni is on the path to the Group 1 New Zealand 1000 Guineas (1600m) next month and will have a dress rehearsal for the Riccarton feature when contesting the Group 2 James and Annie Sarten Memorial Stakes (1400m) at Te Rapa later this month. “She’s not very big, but she went super fresh-up and ran on well at Hastings,” Innes said.

Taroni won her second start last season before finishing third in the Listed Karaka Million 2YO Classic (1200m) and resumed with a fourth at Te Rapa in the Group 3 Northland Breeders’ Stakes (1200m) then finished fifth, a length and a half from the winner Miss Aotearoa, in the Group 3 Gold Trail Stakes (1200m).

Innes will also sport the Lindsay black and yellow chequers colours on four occasions at Avondale today (Wednesday 7 October) before beginning a suspension which finishes on the eve of Livamol Classic day. He will ride Origineel, A Proper Lady, Caminata and Zendora. “A Proper Lady should win,” Innes said. “She went a top race at Ruakaka (for second).”