Innes full of admiration for Karaka Million 3YO Classic winner 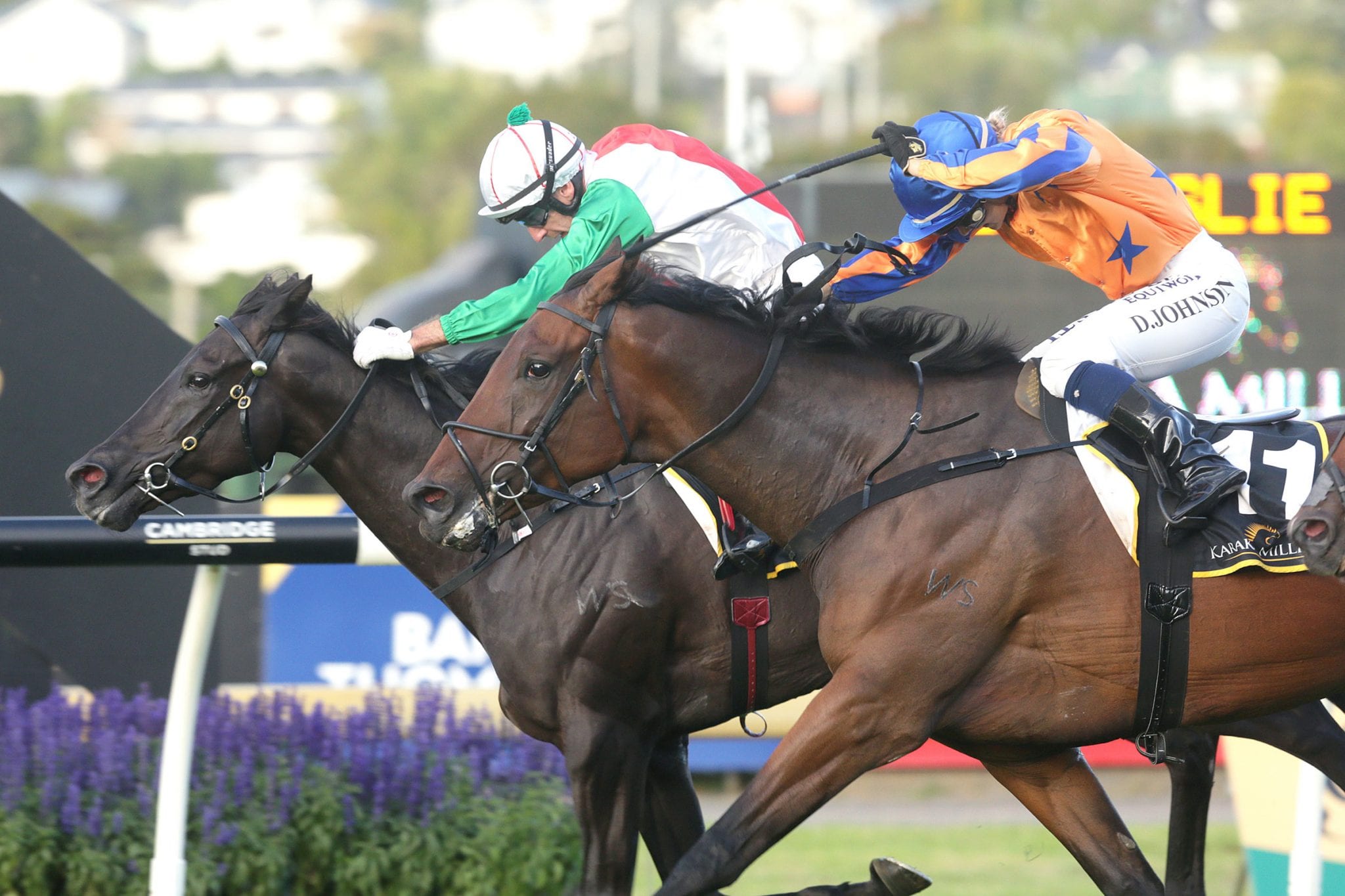 Rider Leith Innes admitted his confidence soared when he was legged aboard top three-year-old Aegon in the Ellerslie parade ring on Saturday evening. The regular pilot of the Sacred Falls gelding knew he had a battle on his hands ahead of the $1m Karaka Million 3YO Classic (1600m) with his charge not having run since November and up against the powerful Te Akau Racing representative, exciting filly Amarelinha.

Innes had nothing but faith in the skills of trainers Murray Baker and Andrew Forsman to have Aegon ready to win and so it proved as Innes combined a masterful ride with the natural ability of his mount as the pair combined to lift the trophy with a stunning performance.

“I was a bit wary of that Te Akau filly and I knew he had a few negatives against him as well,” Innes said. “He hadn’t raced since his 2000 Guineas (Group 1, 1600m) win back in November, he hadn’t raced or trialled at Ellerslie and his draw (4) wasn’t the best as he was going to have a lot of traffic in front of him most of the way.

“He looked a picture before the race and when I jumped on, I knew he was ready to go a big race, as he was on the job. “Despite the factors against him he showed just what a class animal he is, so to come out and win like he did, it was a huge effort.”

While Innes was happy to underplay the role he played in the win, a split-second decision he made shortly after entering the home straight proved the winning of the race. “We had a chat about how to ride him and Murray and Andrew were adamant we would have to go through them, rather than around them, to give him his best chance,” he said.

“I rode him where he was comfortable and when we got to the corner, he was really moving into it nicely. “Halfway down a gap closed between two horses so I had to come outside one, but for him to balance up and finish like he did was pretty special.

“Having ridden him a fair bit now I knew what he was capable of and he definitely knows where the winning post is. “The last 50m he was really attacking the line, so I was confident I had them all covered at that stage.”

While Innes isn’t sure where the horse will head to next, he is adamant his pet distance is 1600m. “I know they have some big plans for him and I think he will be at his best at a mile,” Innes said. “I know he has a Derby (Group 1, 2400m) nomination but personally I don’t think he is a Derby horse. “That will be for Murray and Andrew to decide though.”

Innes also enjoys the special connection he has with both Aegon, who is unbeaten on in four starts, and his sire Sacred Falls who he was also unbeaten aboard in New Zealand with six wins from six starts, including the Group 1 New Zealand 2000 Guineas (1600m).

“They are two very similar horses, in both stature, ability and nature,” he said. “They are not overly big but when you have confidence in them, you know they will deliver for you. “That was my first win in one of the $1m races, so that was pretty special as well.

“Being the last race on the card and the culmination of an exciting night, it was a very special occasion and one that I thoroughly enjoyed.” Innes has been one of New Zealand’s leading riders since commencing his career in 1994 with 1496 career wins, including 169 at stakes level.