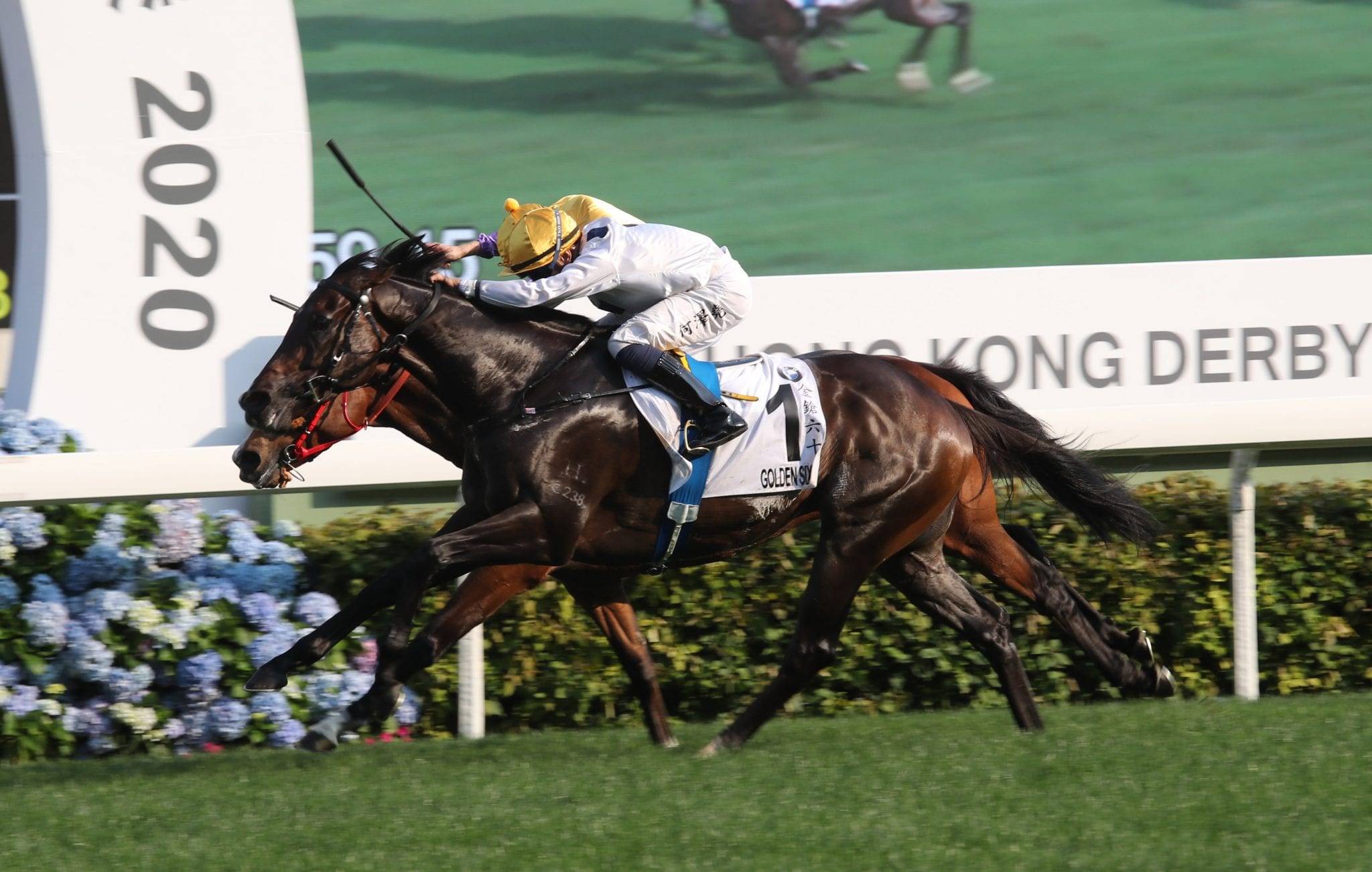 Golden Sixty stepped out for a trial yesterday morning (Friday, 4 September) at Sha Tin as he prepares for his campaign debut in the Group 3 Celebration Cup Handicap (1400m) later this month, and his workout left regular rider Vincent Ho with the impression that the Medaglia d’Oro gelding has progressed through the summer break.

“I think he’s improved this year,” Ho said, “he felt well, we just let him stretch out; it was an easy one and there was lots of kickback today, so I just tried to stay away from that and let him enjoy it.”

Golden Sixty completed a Four-Year-Old Classic Series sweep in his most recent race, a sensational BMW Hong Kong Derby (2000m) victory back in March. That effort completed a seven-win unbeaten streak for the season, which also included a defeat of multiple Group 1-placed Ka Ying Star in the Group 3 Chinese Club Challenge Cup Handicap (1400m). “The Group 3 over 1400m at the end of September is first, then we will plan on from there: it all depends on him, no rush, we’re not pushing him we’re just letting him enjoy it first,” Ho said.

The Celebration Cup could see a mouth-watering clash between the Francis Lui-trained star and world champion miler Beauty Generation, who is looking for his fourth consecutive win in the race.

Ho, though, is looking beyond his association with Golden Sixty as he aims to continue his ascent towards the top of the riding ranks. He closed out last season with 67 wins to firmly cement fourth position on the jockeys’ standings as the leading homegrown rider, earning him a second consecutive Tony Cruz Award.

“Hopefully I get on more good horses, not just Golden Sixty, to win more international Group 1s and other big races. I want to keep improving, keep working hard and just remain focussed for the whole season,” Ho said.

Among last term’s haul, the 30-year-old took home a maiden Group 1 aboard Southern Legend in the FWD Champions Mile, as well four other Pattern Races, two at Group 2 level and two at Group 3 level, but he knows he needs to do more if he is to mix it consistently with Zac Purton and Joao Moreira. “It’s extremely competitive in Hong Kong so I have to work hard and try to find good rides, which is my weakness, so this is something I need to work on for sure,” he said.

Ho kicks off his 2020/21 campaign with eight rides at Sha Tin this Sunday, 6 September, including Fat Turtle in the traditional season-opening feature, the Class 1 HKSAR Chief Executive’s Cup (1200m). “For the riding side, I just need to keep working hard and it all depends on the horses I have, after all, Golden Sixty is the biggest one so far, so we will keep him happy and healthy; that’s the more important thing, then we’ll start planning which races for him,” Ho said.