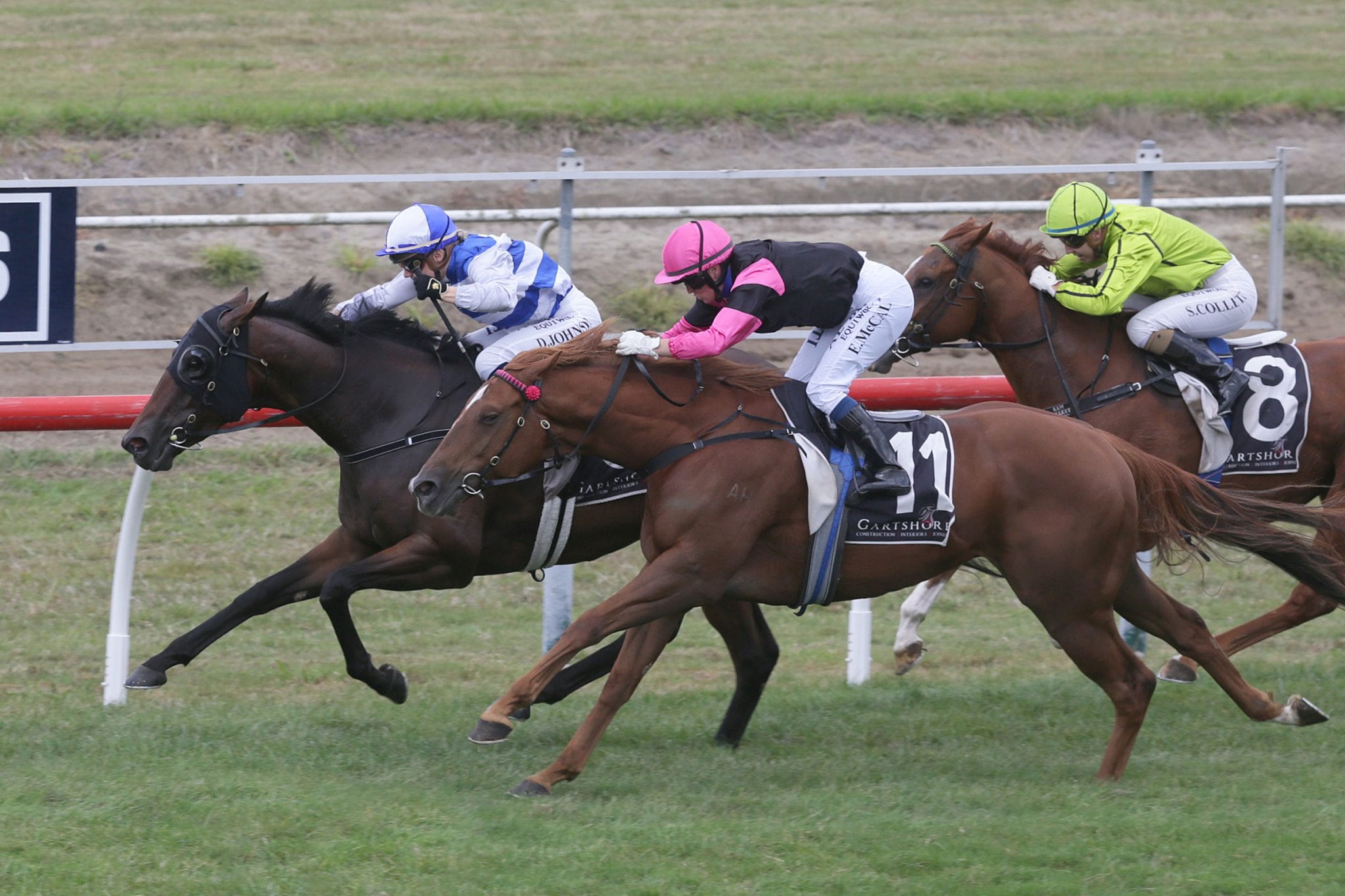 Promising mare Les Crayeres will head to the spelling paddock off the back of a stylish performance over 1400m at Tauranga on Saturday.

The Ken and Bev Kelso-trained four-year-old survived a protest from the third placed runner, Duneagle, to register career win number four from just 8 starts and set herself up for a profitable spring campaign later in the year.

After trailing pacemaker Come Back Tiger throughout, rider Danielle Johnson pushed Les Crayeres through a gap on his inner with 300m to run, in the process checking Duneagle who was following her through. The Judicial committee deemed the interference was insufficient to alter the placings although Johnson did receive a four-day suspension and $400 fine for her efforts.

Co-trainer Ken Kelso had been worried that they may have gone to the well one time too many this preparation and was relieved his mare got the job done with a professional performance.

“We were going to give her a break after her last race at Ellerslie but decided to give her one more run as she had done well with a brief freshen up after that last start,” he said.

“She was sweating up a bit behind the gates on Saturday which tells me she has had enough for this prep now.

“She had her first start back in September last year and has won four from eight and only been out of the money once, so has done a great job for us.

“She can go in the paddock now for a couple of months and then we can get her ready at our own pace for the spring.”

Kelso believes there is plenty more in store for the daughter of Redoute’s Choice and well-related Zabeel mare, Our Echezeaux.

“She still has a lot of maturing to do and that’s why we kept her mainly to the shorter distances during this campaign,” he said.

“I think when she strengthens up that a mile to 2000m will be ideal for her and we definitely think she has the ability to be competitive in stakes company.

“She has a pretty smart sprint on her and travels comfortably in her races, so we will be concentrating on getting some more experience under her belt and looking for some black type with her.”

Kelso also reported that stable star Levante was right on target to contest the Group 1 Fiber Fresh New Zealand thoroughbred Breeders’ Stakes (1600m) at Te Aroha on April 10 and will use a special trial over 1100m at Matamata on Wednesday to top off her preparation.

“Levante is very well and we will give her the trial at Matamata on Wednesday to sharpen her up for Te Aroha,” he said.

“The Matamata club and New Zealand Thoroughbred Racing have kindly put on the trial and with her, Entriviere, Avantage and Sword Of State all set to go around it could well be the highlight of the day.

“She will also be having her last run for the season at Te Aroha, as she can head to the paddock after that and have a decent break before we get her started on a spring campaign.”