Les Crayeres provides pick me up for Kelso 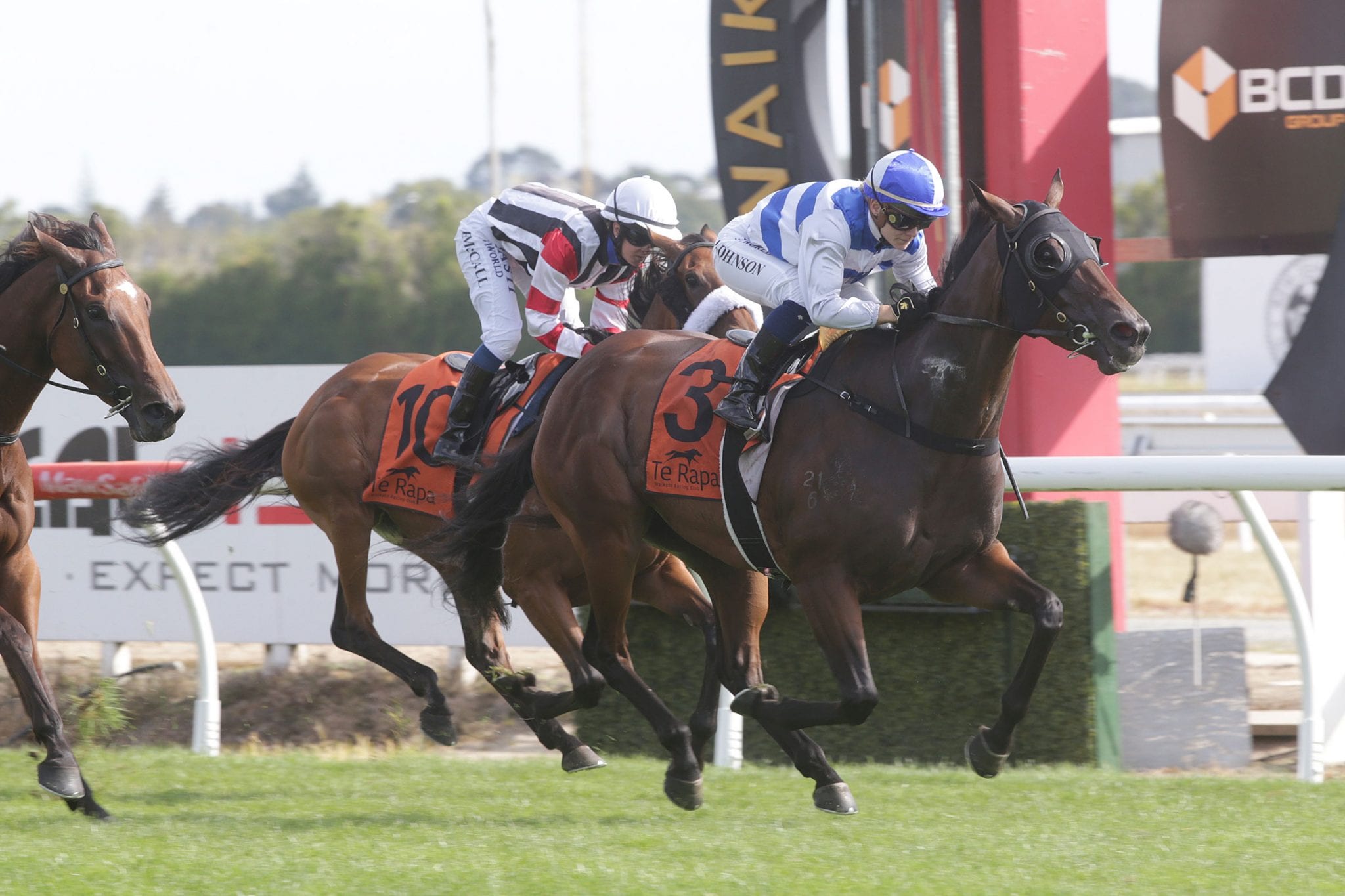 Trainers Ken and Bev Kelso left Te Rapa racecourse on Saturday evening with mixed emotions after contrasting performances from their two runners on the day.

Two hours after quality mare Levante had shocked pundits with a tardy beginning that cost her all chance in the Group 1 BCD Group Sprint (1400m), exciting prospect Les Crayeres turned frowns upside down with a stunning victory in the last race of the day.

Royally bred four-year-old Les Crayeres had been set for the $30,000 special conditions maiden race that closed out a big day of racing at Te Rapa, but the supporters who sent her out a +120 favourite were feeling a little sick at the 250m when she was blocked for run and looking like a certainty to be beaten.

Rider Danielle Johnson found clear air at the 100m and Les Crayeres did the rest as she burst through for victory, her third from just six starts in a preparation that stared back in September last year.

“She’s got a good turn of foot and I think that might be the way to ride her, covered up and with one shot at them,” Ken Kelso said. “There didn’t look to be much pace in the race and we thought we might have to lead, but Danielle got her in a nice position and was lucky enough to get the split when she needed it.

“Being able to race handy is a big advantage and I think that is going to help her moving forward.”

Kelso is mindful that the daughter of Our Echezeaux has come a long way in a short time and will wait to see what rating penalty she receives from the victory before making any further plans for the Sir Peter Vela bred and owned galloper.

“We’re waiting to see what her rating gets to, but we have an open mind about where to go with her,” he said.

“We’ll see how she comes through the race, but I think she will just keep getting better.

“Getting black-type is something we have in mind, but she might not be ready for stakes racing just yet.

“I think her breeding suggests she will get over longer distances, although this is just her first prep and that may also wait for a while yet.”

Kelso was philosophical about the performance of star four-year-old Levante, who stood in the starting gates and lost a conservative ten lengths before running home late to finish fifth behind main rival Avantage in their Group One clash.

“We had a look at the head on footage of the start and she was standing there perfectly, but just didn’t go when the gates opened,” he said.

“She was in the gates a long time with the delay they had with farrier attention for another runner.

“She’s always been slow away and has had barrier trouble before, but the four minute wait she had may have contributed to her tardiness.

“We got a warning which is fine as we don’t have to trial or anything like that, but it does mean we will go away and try and work out how we can get her coming out better.

“We won’t be doing anything silly or drastic, just making sure she is fine.

“Physically there is nothing wrong as she came home last night and ate up and was singing out for her breakfast again on Sunday morning.

“She just has this little phobia in the gates that we have to sort out.”

Levante has been nominated for the Group 1 Coolmore Legacy Stakes (1600m) at Randwick on April 10, although Kelso is undecided about making the trip.

“We’re going to take our time a little now, so whether she goes to Sydney is not certain at this stage,” he said.

“We had thought about going to Otaki for the Group One mile there in a fortnight but that is out now.
“The whole COVID-19 issue might dictate where we do go and the Breeders’ Stakes (Group 1, 1600m) at Te Aroha is on the same day as the Coolmore so we could stay home for that.

“At this stage there are plenty of options on the table and we will work through them once the dust has settled a little after the weekend.”