Les Crayeres on song at Tauranga 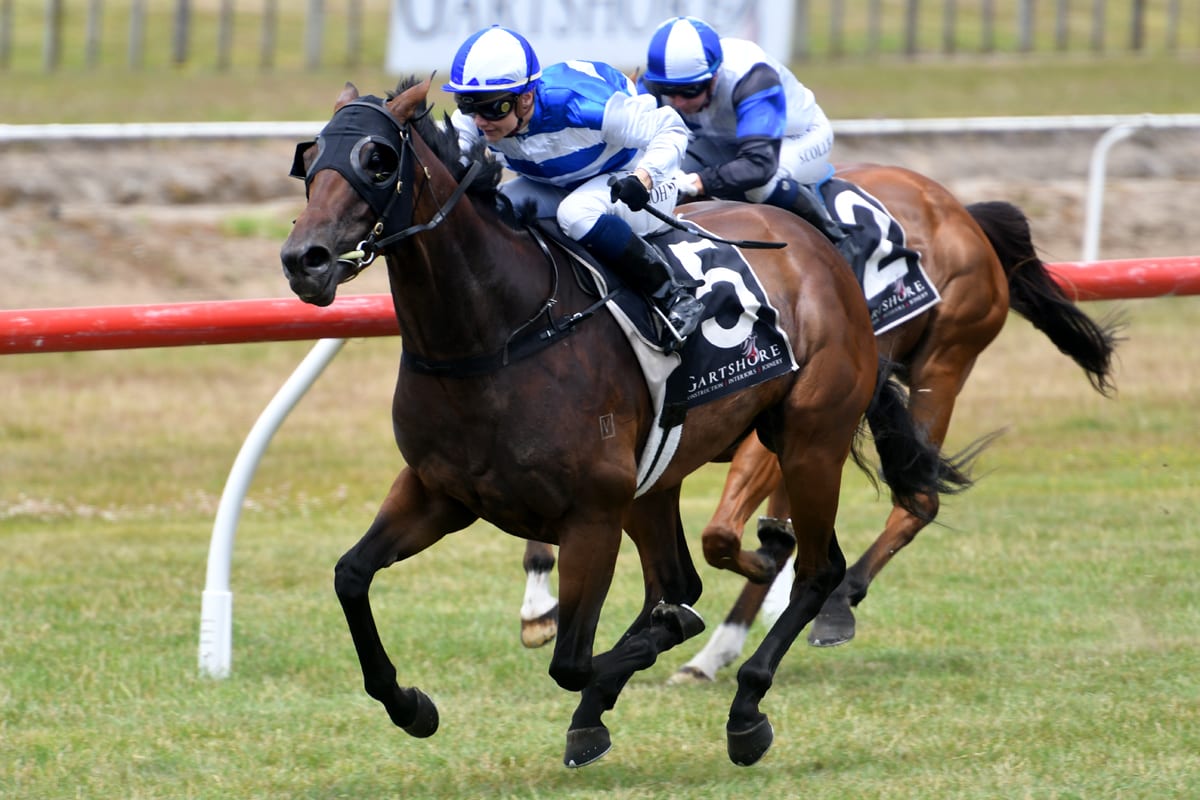 Promising mare Les Crayeres completed a winning double at Tauranga on Saturday when she took out the opening event on the card at the popular holiday racemeeting. The Ken and Bev Kelso-trained four-year-old has now had four starts at the venue for two wins after breaking maidens there at her last start, with the promise of more to come from the impeccably bred individual.

Bred and raced by Sir Peter Vela, Les Crayeres is by Redoute’s Choice out of Vela’s Zabeel mare Our Echezeaux, the dam of stakes performers Dolmabache, Pure Elegance and Cote D’Or while she also produced Frankel colt Tangmere who topped the 2016 National Yearling Sale at Karaka when purchased by an international consortium for $1.3m.

The Kelso team prepared Cote D’Or to win eight races, including the Listed Matamata Cup (1600m), with Ken Kelso comparing Les Crayeres favourably to her. “She’s a very nice mare who has taken a little time to develop, but I think she has the talent to go further,” he said.

“Cote D’Or was a very good mare and I think this one is a lot like her, but with a better temperament. “We took a soft option with her today, rather than throw her in the deep end at Ellerslie and she has done the job nicely. “She will take a lot of confidence from that as she can get a little wound up at times.

“We will take her along quietly and make a decision as to whether we step her up to the mile next or keep her at 1400m. “I think she has a lot of potential so we will be looking to try and get some black type with her where we can.”

Kelso also advised that stable star Levante had pulled up well from her exertions in the Group 1 Sistema Railway (1200m) on New Year’s Day but would bypass the Group 1 JR & N Berkett Telegraph (1200m) at Trentham in favour of another Ellerslie target.

“We’re going to go to the Westbury Classic (Group 2, 1400m) on Karaka Million night with her,” he said. “We just think it is a better option than the Telegraph as it gives her more time between starts and with the race being run at set weights and penalties, she should come into it pretty favourably in the handicap.

“Being run over 1400m also has an appeal as I think I’ve stretched her to the limit over 1200m and she is looking to go further now. “She pulled up really well and although we were disappointed at not finishing closer, the circumstances of the way the race was run really dictated to her. “They pulled up to a walk from the 800m to the 600m and that pretty much put paid to her chances there and then.”