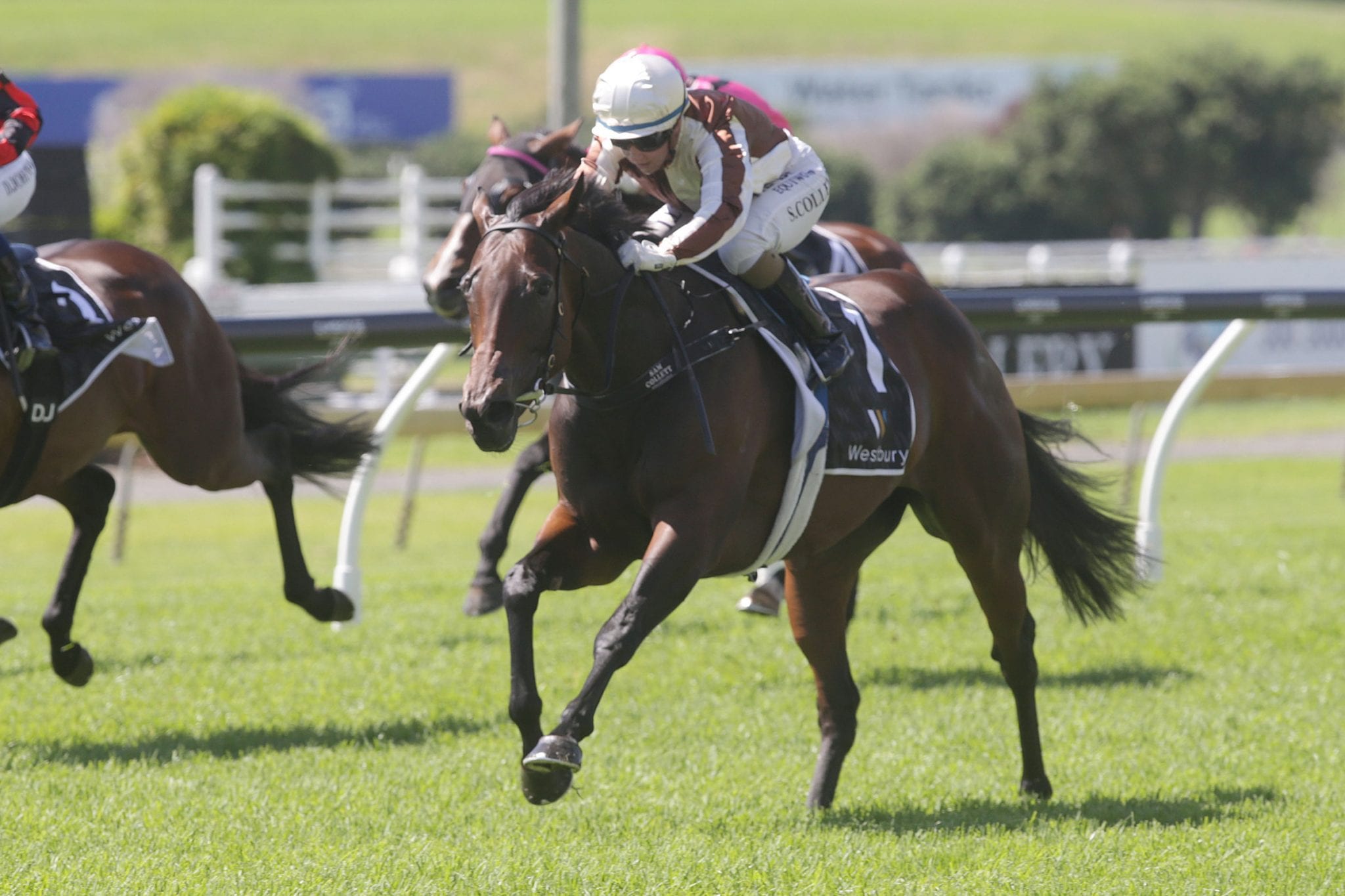 If Levante is going to become a Group One winner, she’s going to have to wait until she’s a five-year-old.

Ken Kelso, who trains Levante at Matamata with his wife Bev, said no plans had been made about what her potential targets would be next season.

“We haven’t at this stage decided what will happen with her next year. We will have a talk about it with her owners and make decisions a little bit later.”

Levante jumped better than usual at Te Rapa and though she then got back, she was still within striking distance at the turn, about four lengths from the lead.

However, she couldn’t make much ground in the straight on the Slow8 track, finishing 1.25 lengths behind her nemesis Avantage and a length behind Coventina Bay and Travelling Light, who dead-heated for second.

Levante has won on slow going before, doing so in a rating 72 event at Matamata last year, but she didn’t handle it brilliantly that day and it was a bigger ask to do so against a high-quality field of mares.

“I think the ground was probably a contributing factor,” Kelso said.

Levante won three of her six starts as a four-year-old – normally a great return, but there was still a feeling of what might have been.

Her season can be divided neatly into two categories. In all three of her starts below Group One level she won in spectacular fashion, coming from last to take the Listed Counties Bowl (1100m), the Group 2 Westbury Classic (1400m), and the Royal Descent Stakes (1600m).

However, she was defeated in her three Group One starts, finishing third in the Railway (1200m), fifth in the BCD Group Sprint (1400m), and fourth in the Breeders’ Stakes – each of which was won by Avantage.

Also out for a spell is another promising mare in Les Crayeres. Owned by Sir Peter Vela, Les Crayeres won four of her last six races this season and will be aimed at black type races next season.

“She’s only going to get better with age,” Kelso said. “She’s won up to a mile at this stage but as she gets stronger she should get further.”

Kelso’s winter team will include Limentis, a winner of two races who has her third start this campaign in a rating 74 1400m contest at Ellerslie this Saturday, and Shoshone, who has looked very good while winning four of her five starts on wet tracks.