Imelda Mary back to winning form 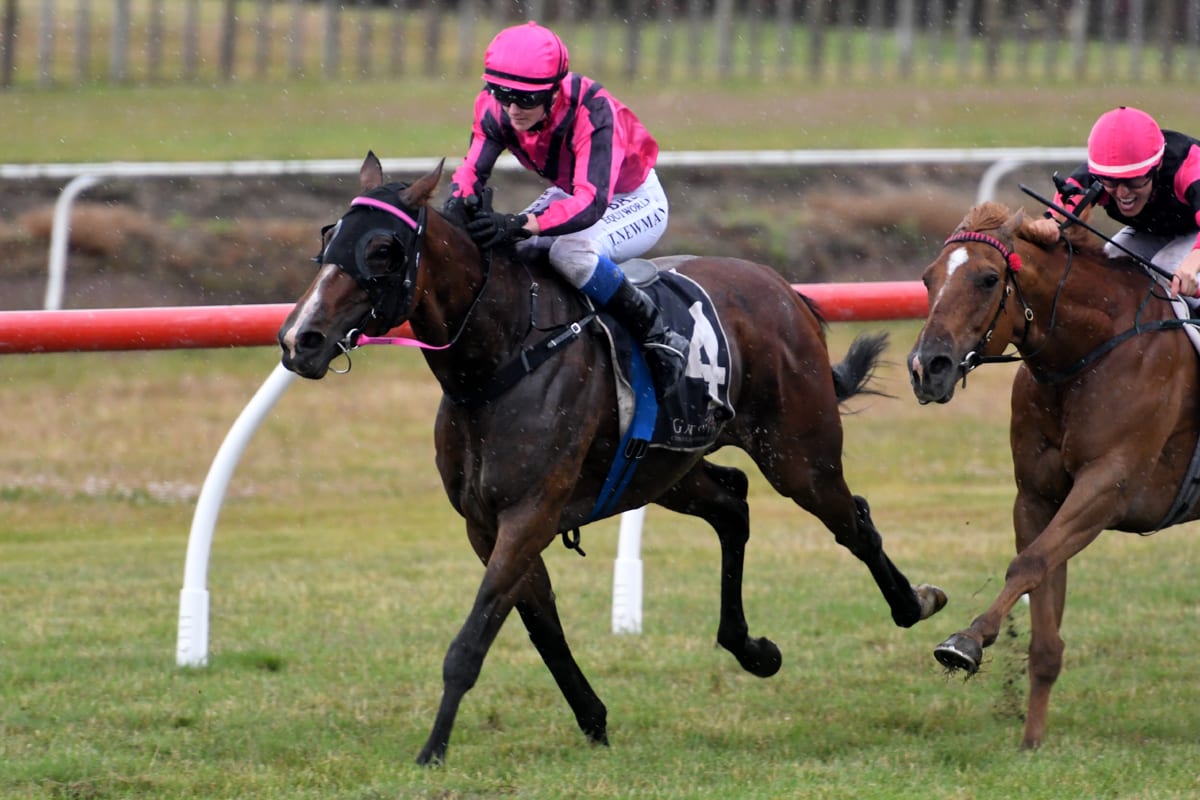 Former top three-year-old Imelda Mary made a welcome return to winning form when she took out the feature event over 1400m at Tauranga on Saturday. The five-year-old Ferlax mare had last greeted the judge at the same venue back in March and was coming in fresh after returning from an unsuccessful three-race campaign in Melbourne during the spring.

Trainer Wayne Hillis had been planning to test her fitness with an exhibition gallop at Taupo last Wednesday, but when he saw some light nominations for the open 1400m on Saturday, he decided to give her a race start instead.

That proved an inspired decision with Imelda Mary relishing the Dead6 underfoot conditions as she took a rails run in the home straight for apprentice Tegan Newman before bravely fighting off her five rivals in a slogging finish.

Hillis was relieved to see his charge back to somewhere near her best as he looks towards a start in the CollinsonForex Karaka Cup (2200m) at Ellerslie later this month. “It is brilliant to see her back like that,” Hillis said. “She didn’t really have a lot of luck in Australia as she struck two very heavy tracks which she didn’t appreciate.

“I thought she didn’t mind it wet, but the jockeys who rode her said she just didn’t cop it at all. “I also think she is a lot better in the autumn, which a lot of mares can be, so maybe that played against her there as well. “She came home in good order and looked brilliant before the start today.

“Today’s race was really to see where she was at, as she’s never won below 1600m before. “When the noms were so light for the race I abandoned my plan to give her an exhibition gallop and decided to run around for some money instead. “We’re getting her ready for the Karaka Cup at Ellerslie, so we had to kick her off somewhere and this has worked out nicely.”

The winner of the Group 2 Royal Stakes (2000m) and the Group 2 Sir Tristram Fillies Classic (2000m) as a three-year-old, Imelda Mary will look to add to her stakes success in the autumn.

“Safely through the Karaka Cup we’ll probably have a look at some of the black type races for the fillies and mares in the autumn,” Hillis said. “If she can get back to her best then she will be very competitive in those 2000m races around that time.”