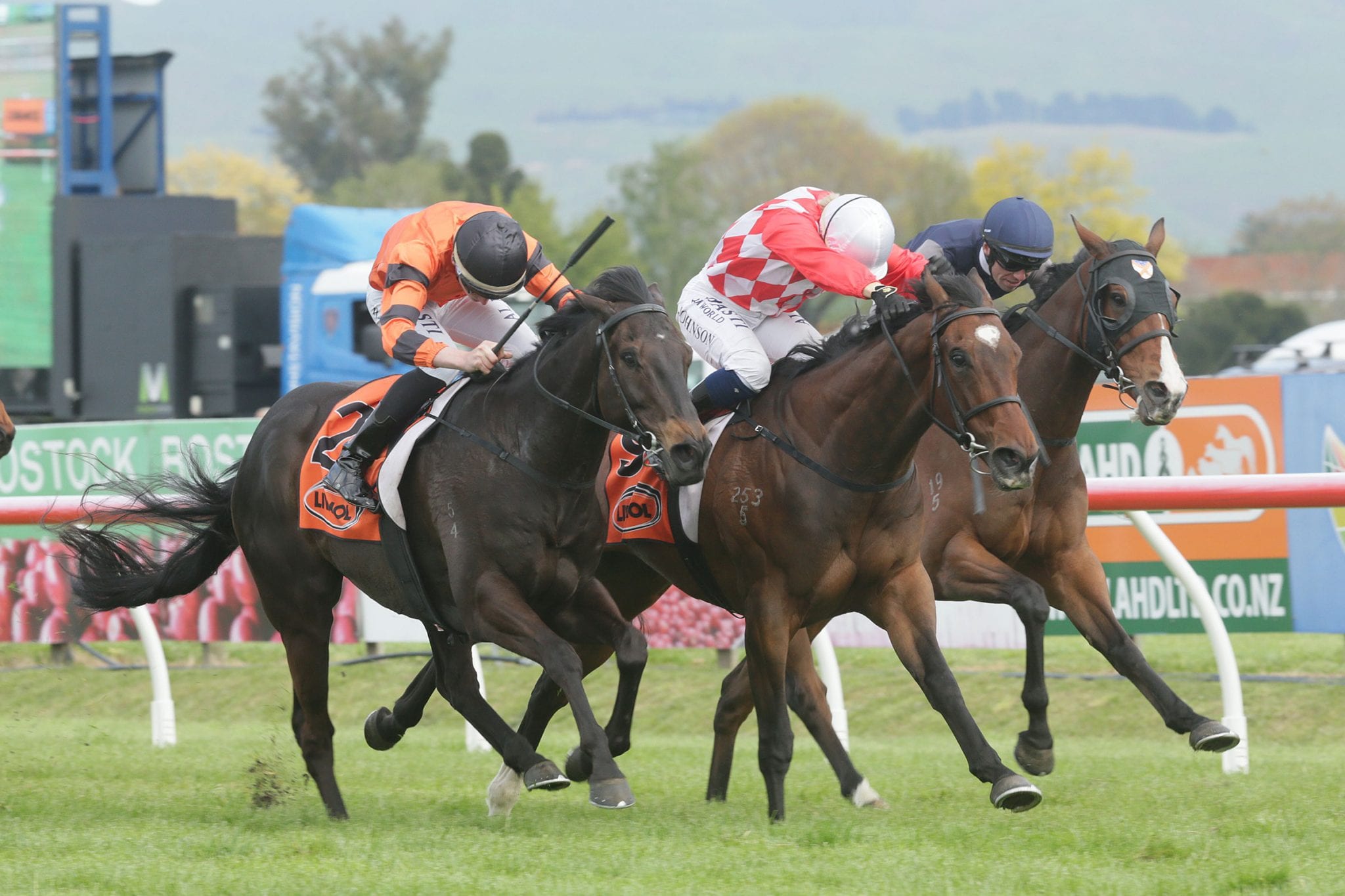 Cambridge visitor Hypnos gained his second victory at stakes level the hard way when he held out the late charge of race favourite Rock On Wood to win the Group 3 Red Badge Spring Sprint (1400m) at Hastings. The Reliable Man five-year-old was Group 1 placed in the Levin Classic (1600m) as a three-year-old but had disappointed on several occasions during his four-year-old season where he won one of his six starts.

An encouraging second first up a fortnight ago at the venue, this time the Roger James and Robert Wellwood-trained galloper went one better after a peach of a ride from the in-form Danielle Johnson. Kept wide off an outside barrier draw, Johnson didn’t panic as she had her charge relaxed and rolling along nicely towards the rear before improving sharply on the home bend.

Johnson urged Hypnos to the front early in the run home and he defied his rivals over the last 300m to score by a nose from Rock On Wood, with Vigor Winner a half-length back in third. “He toughed it well and he was ridden well,” Roger James said. “I told anyone who wanted to listen that his work on Monday morning was just sparkling. “My biggest concern was the track but he copped it okay.

“We want to get to Riccarton with him (Group 2 Coupland’s Bakeries Mile, 1600m), so we have some options before then but it really depends on how he returns from this one. “I’m thrilled for his connections as they were my original owners and the first people I ever bought a yearling for.” Hypnos is raced by Fran and Ron Dixon after James purchased him for the Wellington couple from the Westbury Stud draft for $50,000 during the 2017 Select Yearling sale at Karaka.

James was also pleased with his stable star Two Illicit who finished off well for fifth behind Melody Belle in the Group 1 Livamol Classic (2040m). “She was down in the worst of the going but as I said before the race, the Spring is not easy for a four-year-old mare,” he said. “She will go in the paddock now and she will come back better.”

Hypnos has won four of his 21 starts and $171,000 in prizemoney. TAB Bookmakers have moved him into the $7 favourite for the Group 2 Coupland’s Bakeries Mile (1600m) at Riccarton on November 11.