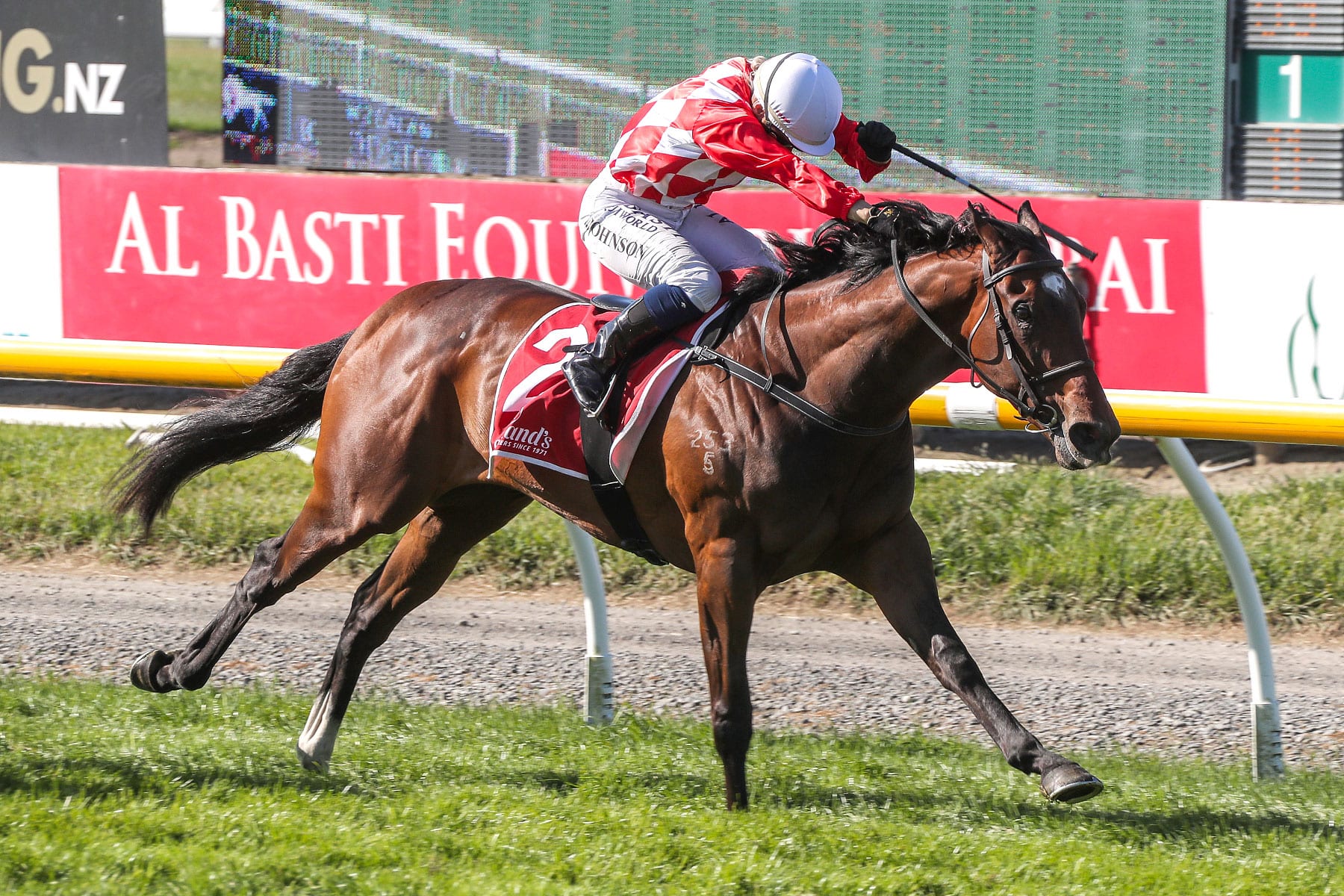 Cambridge visitor Hypnos showed a good turn of foot to put his rivals to the sword when winning the Group 2 Coupland’s Bakeries Mile (1600m) at Riccarton on Wednesday for Roger James and Robert Wellwood.

Sent out the $4.10 favourite, the five-year-old gelding enjoyed a cosy run behind the leaders under leading jockey Danielle Johnson and was extracted at the right time to score by a length and a half from Tobilicious, with Communique in third.

“That was brilliant,” Wellwood said. “We have been down here a week just with him and just thinking about this race, so it is a big relief to get the job done and it’s lovely to see him win so nicely. “We sat down at the start of the season and looked for a target for the horse and identified this race.

“To get it done is awesome. It’s not a Group 1 but it is probably my biggest win and it is just super to have a plan and see it come off. “He travelled down here well, we got the right draw (barrier 4) and they ran the race at the right tempo for him just to be there in the right order. It couldn’t have worked out better.”

Winning rider Danielle Johnson was brimming with confidence before the race after talking with James and Wellwood and continued her stunning run of form this season. “I had a nice gate to work with and knew I had the right horse underneath me,” she said. “I was sweating on a run for a little bit at the top of the straight, but he fought hard and got through a gap well. “If you hop on horses for Roger and Robert, they fill you with so much confidence. It makes my job a lot easier and I am just the pilot.”

Hypnos is raced by Fran and Ron Dixon after James purchased him for the Wellington couple from the Westbury Stud draft for $50,000 during the 2017 Select Yearling sale at Karaka.

Westbury Stud will offer a Redwood half-brother to Hypnos at next week’s New Zealand Bloodstock Ready To Run Sale. The smart galloper advanced his record to five wins and seven placings from 22 starts, with $273,245 in prizemoney.