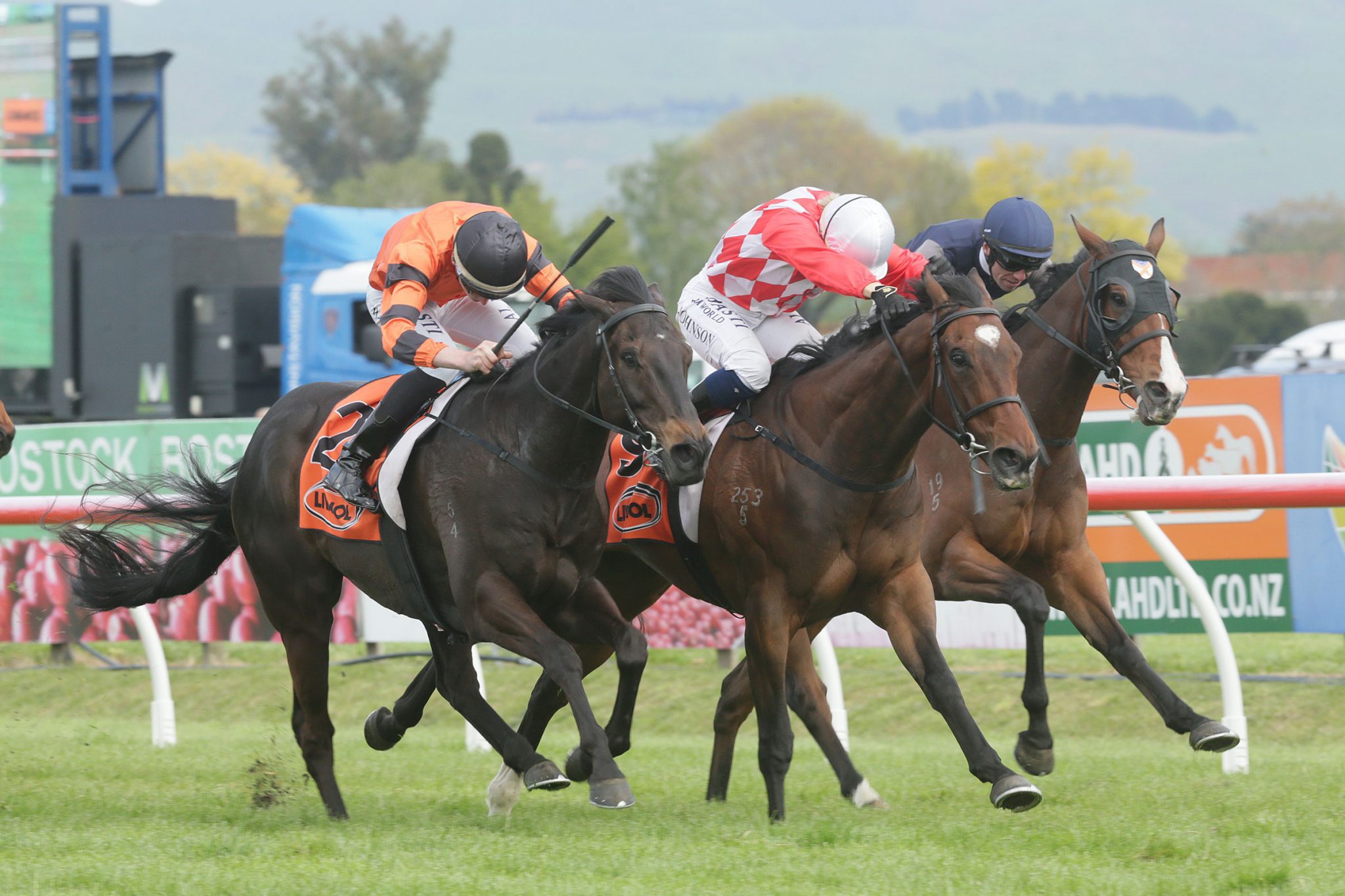 Cambridge trainers Roger James and Robert Wellwood will make a two-pronged attack on Saturday’s Group 3 Red Badge Spring Sprint (1400m) at Hastings, which is shaping as a strong contest.

Classy mare Two Illicit will kick off her spring campaign in the event while last year’s winner Hypnos will also be back to defend his title after opening his current preparation with an eye-catching late run for third in an open 1200m at Te Rapa earlier this month.

The James and Wellwood stable has been light on numbers to kick off the new season, with just eight runners to date, however James is ready to rectify that as the tracks continue to improve over the coming weeks.

“We’ve been quite light in representation so far this season, but both COVID and weather willing, that is about to change,” he said.

“We will take two or possibly three to Hastings on Saturday and we have a number of others who are looking to get their campaigns underway.

“Both Hypnos and Two Illicit will go to the Red Badge, while promising intermediate galloper Deep Beauty could also go there for a minor race on the programme.

“We have been really happy with both Hypnos and Two Illicit and I think they both can be very competitive.

“Hypnos went a good race first up where he was very strong to the line.

“After he won this race last year, we took him to Christchurch where he won the Coupland’s Mile (Group 2, 1600m), however I think we will take a different path this time.

“He has shown he can handle up to 2000m, so there are some nice races for him closer to home.

“We haven’t been able to trial Two Illicit due to circumstances, but she does go well fresh and I think she is ready to run a good race.

“She is another who we will reassess after this one to see where we take her in the following months.”

James was also pleased with the run of Group 1 Zabeel Classic (2000m) winner Concert Hall at Hawera on Saturday, despite her finishing in midfield under rider Vinnie Colgan in the Group 3 Taranaki Breeders’ Stakes (1400m).

“Concert Hall was just all at sea on that testing Heavy10 track, but we needed to get a run under her belt to get her up and going,” he said.

“I was pleased with her and Vinnie never knocked her around in the run home.

“You only had to see the times they were running early on to think she probably couldn’t win, but I am keen to see how she pulls up and handles the aftermath over the next few days.

“There are a raft of options going forward for her and the goal is to secure more black type for her owner Joan Egan.

“We are very grateful to Joan for allowing us to continue with her as a seven-year-old now, as she is probably not far away from heading to the breeding barn.

“She probably had her best season ever last year and I see no reason why she can’t do that again in this prep as she has come up extremely well.”

Bred and raced by Joan Egan, Concert Hall, a daughter of Savabeel, has won nine races, with five of those at stakes level and over NZD$419,000 in prizemoney.