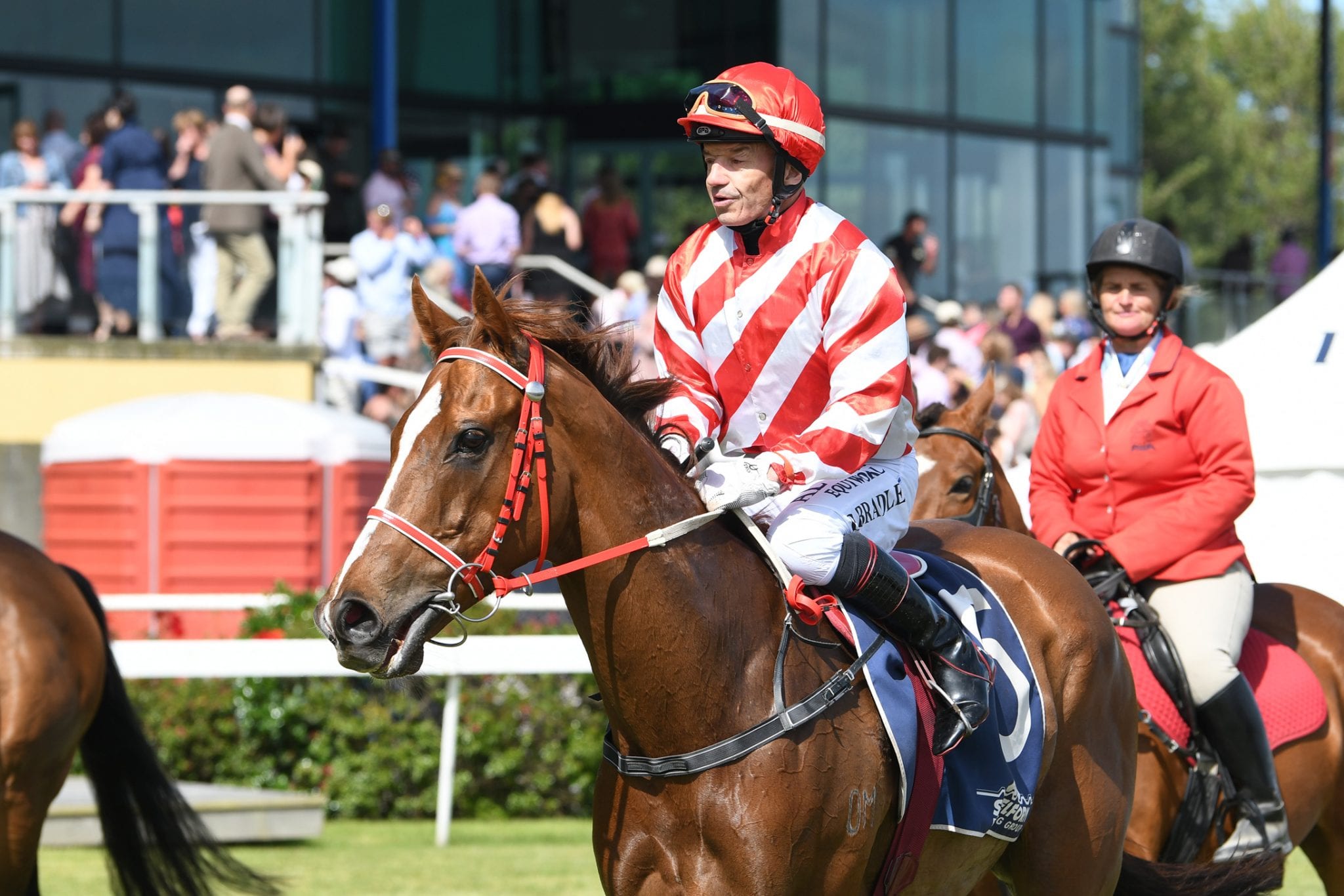 Evergreen galloper Hunta Pence was rewarded for his perseverance when he took out the Listed Steelform Roofing Group Wanganui Cup (2040m) after finishing runner-up in the race in the past two years.

The Patrick Campbell-trained eight-year-old had been narrowly beaten by Group 1 New Zealand Oaks (2400m) winner Sentimental Miss in 2019 and had to bow to subsequent Group 1 Auckland Cup (3200m) winner Glory Days in 2018 in his first two attempts at the race before making it third-time lucky in the hands of Darryl Bradley on Saturday.

Bradley showed the benefit of his many years of experience to urge Hunta Pence to the front at the 800m, as he established a three-length break on his rivals approaching the home turn. Under strong riding the No Excuse Needed gelding stuck to his guns in the run home to cling to victory ahead of local runner Overtheriver with the well-supported Sir Nate battling on gamely for third.

Campbell had been hoping for an improved effort from his charge after he had been unlucky in several of his lead-up runs. “He hasn’t had the best of luck this time in as he has struck some tracks that just don’t suit him,” he said. “I thought he was ready to show some improvement as he has a great record at Wanganui and the past two years, he has been beaten by Group 1 winners in this race, which is no disgrace at all.

“A few things were in his favour today and added to that was a top ride by Darryl. “He showed all his experience to take him to the front when he did and he rated him to perfection. “A few jockeys would have sat where they were but he felt the horse was travelling well enough to do what he did. “If he had of been run down, I wouldn’t have been critical of him.”

Campbell will now look around for another target for his charge with the Group 3 Bramco Granite and Marble Manawatu Cup (2300m) a likely option. “He’s a funny horse as I just don’t think he is as effective past 2000m,” he said. “He’s been run down a number of times when looking a winner at a mile and a quarter or a mile and a half but that may have just been circumstances. “It does make him a hard horse to place but if he could get a good trip then a race like the Manawatu Cup might not be beyond him.”

The victory made it nine wins from 54 starts for Hunta Pence, who took his prizemoney earnings to just under the $200,000 mark.