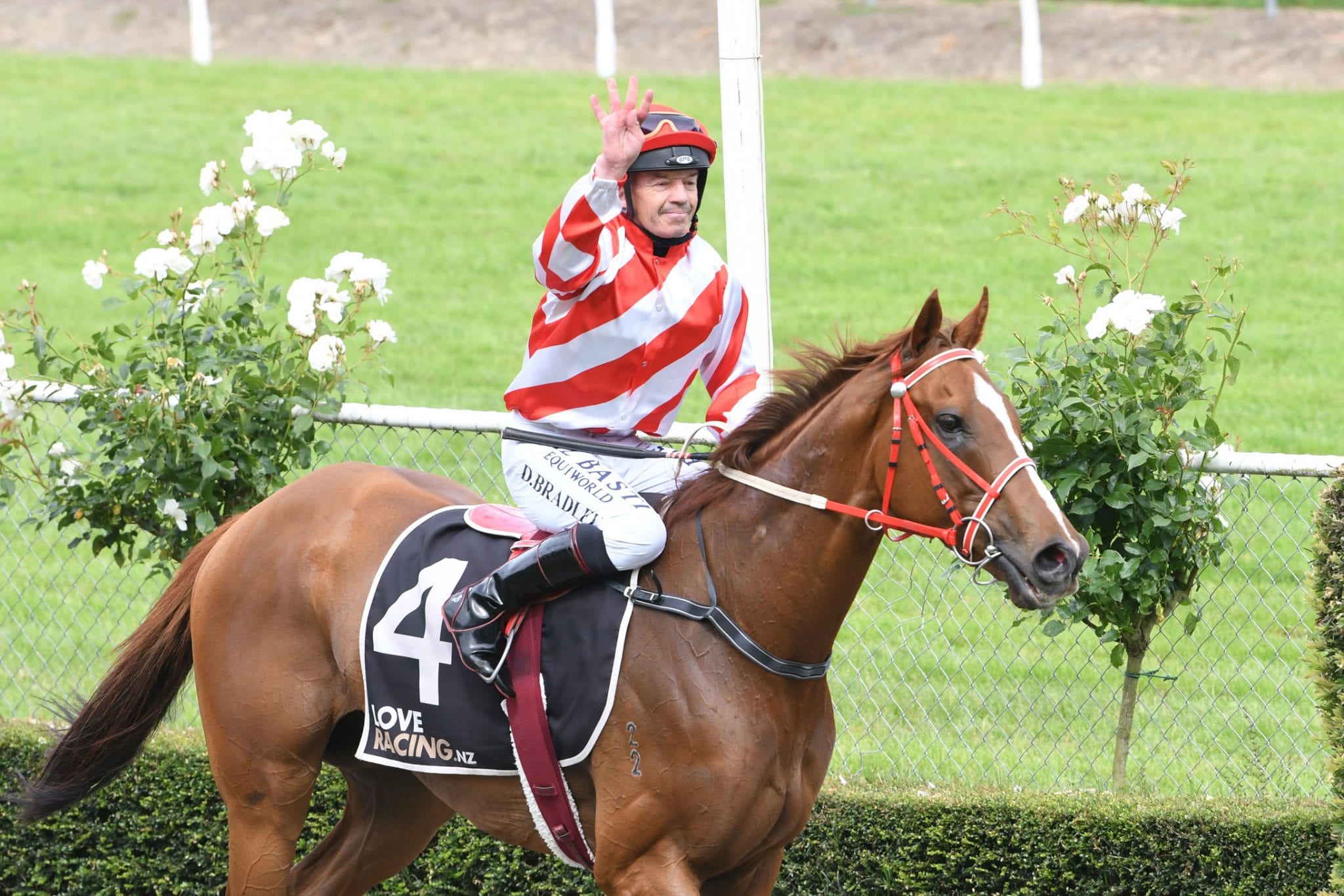 Hunta Pence will be out to make it three stakes victories on-end when he contests the Group 3 Dixon & Dunlop Trentham Stakes (2100m) on Saturday. The Patrick Campbell-trained gelding was victorious in the Listed Wanganui Cup (2040m) in November before recording a nose victory in the Group 3 Manawatu Cup (2300m) at Awapuni last month.

“He was ridden quietly to run it out more strongly. In previous years in his attempts over 2200m and more, through circumstance he has been left exposed early in the straight, which left him vulnerable in the last bit. “The fact that he was held up a bit and produced late worked in his favour.”

The son of No Excuse Needed beat home Dolcetto and Camino Rocoso last start and he will meet the pair once again on Saturday, however, Campbell said the set weights and penalties conditions of the race favour his rivals.

“You have got to be realistic under the terms of the race, with set-weights and penalties,” Campbell said. “The two horses (Dolcetto and Camino Rocoso) that finished behind him in the Manawatu Cup meet him so much better under the race conditions. “If he can run in the money I would be more than happy.”

Hunta Pence will jump from barrier one under jockey Darryl Bradley and Campbell is over the moon with his draw. “That’s a big plus to have that barrier at Trentham,” he said. “It is not much of a run before the turn, so you would like to think with it looking like there will be plenty of speed in the race, he could get a pretty soft run in behind them.”

TAB bookmakers have installed Hunta Pence as a $9.50 winning chance behind race favourites Dolcetto and Camino Rocoso at $4.60.