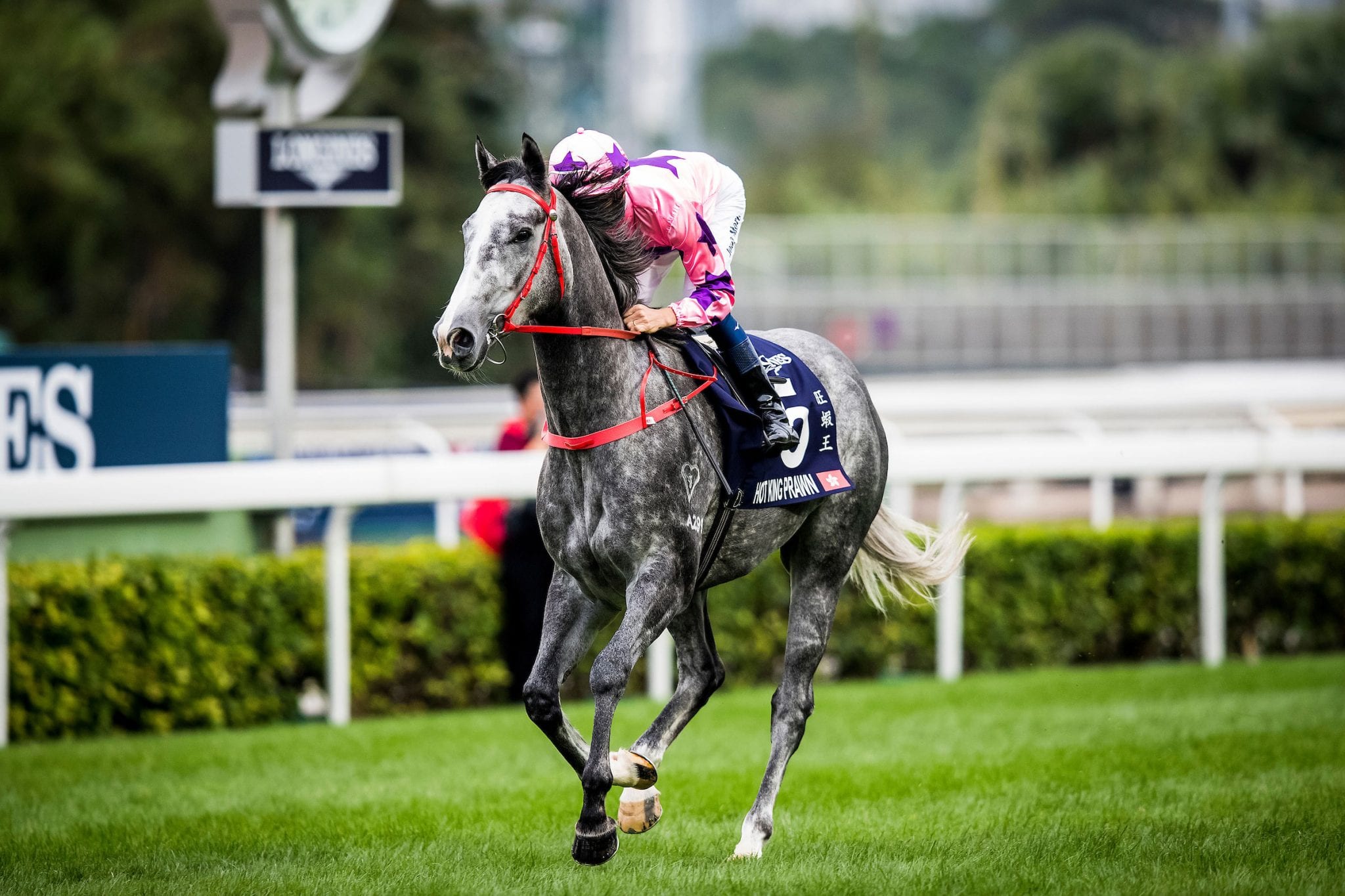 “The main horses are not running against him in the next couple of races, so he’s going to have his opportunity now and I always thought he was a horse who was capable of winning at least one Group 1,” Moreira said.

Hot King Prawn has been in the mix for an elite success since his four-year-old season, which saw him claim two Group 2s and one Group 3 contest, but since then he has narrowly missed on three occasions in Group 1 company, coming closest in the 2019 LONGINES Hong Kong Sprint when second by a neck to fellow John Size trainee Beat The Clock.

But while his stablemate slowly builds up toward his return, and with the talented Aethero’s reappearance delayed by injury, the door has seemingly been left ajar for a fit 126-rated Hot King Prawn to add more wins to his tally, and perhaps a top-level success.

Hong Kong’s sprinting ranks have entered a phase of renewal, as is the normal cycle every few seasons or so, with the retirements last term of Group 1 winners Mr Stunning, Ivictory and D B Pin, and top-class performers Little Giant, Full Of Beauty and Thanks Forever, thus removing six 110-rated or higher sprinters from the arena.

“Hot King Prawn has been a very consistent horse, he has matched against some of these horses in the past and been very competitive, so I’m not expecting anything different other than him going there and being very competitive,” Moreira said.

And while the future is exciting with youngsters like Winning Dreamer, Sky Field, Joyful Fortune and Scores Of Fun all on-the-up, their handicap ratings are, with less than two months to go, still below the required figure to compete at December’s LONGINES Hong Kong International Races.

This Sunday though, Hot King Prawn (133lb) will return on a trail that connections hope will snare the HK$22 million Hong Kong Sprint at his third attempt at the race, having finished ninth (2018) and second (2019) in previous years.

“It’s the case of a high-rated horse with not many options of races to run in but he’s a good horse, we all know that and if he is able to bring his best, he’s going to be very hard to beat,” Moreira said.

The John Size-trained grey, now a six-year-old has placed three times at Group 1 level and returns this season off the back of two trials on the Sha Tin dirt.

“He’s not quite there yet in regard to fitness but since (his first trial) he has had another trial which should have helped him, but at this stage, as we talk about a horse who hasn’t had a race yet, I wouldn’t be surprised if he’s not 100 percent fit,” the Brazilian ace said.

The Denman gelding returns for the first time since May, after Thanks Forever held him by a neck in the Group 3 Sha Tin Vase Handicap (1200m).

“He’s been a bit unlucky as he has some issues, he’s been out of racing for quite some time. John (Size) has done a very good job to get him back to his best once again and I couldn’t be happier to be sitting on him this weekend,” Moreira said.

The jockey, though, was mindful of the opposition in a small but able field, notably Computer Patch whom he drove to a Group 3 National Day Cup Handicap (1000m) success last time out.

“Computer Patch should be favourite because he has the fitness and a few runs under his belt this season, but still, don’t forget that my horse is a proven horse, he has run against the best horses in Hong Kong and I believe he deserves respect,” the Brazilian ace said.