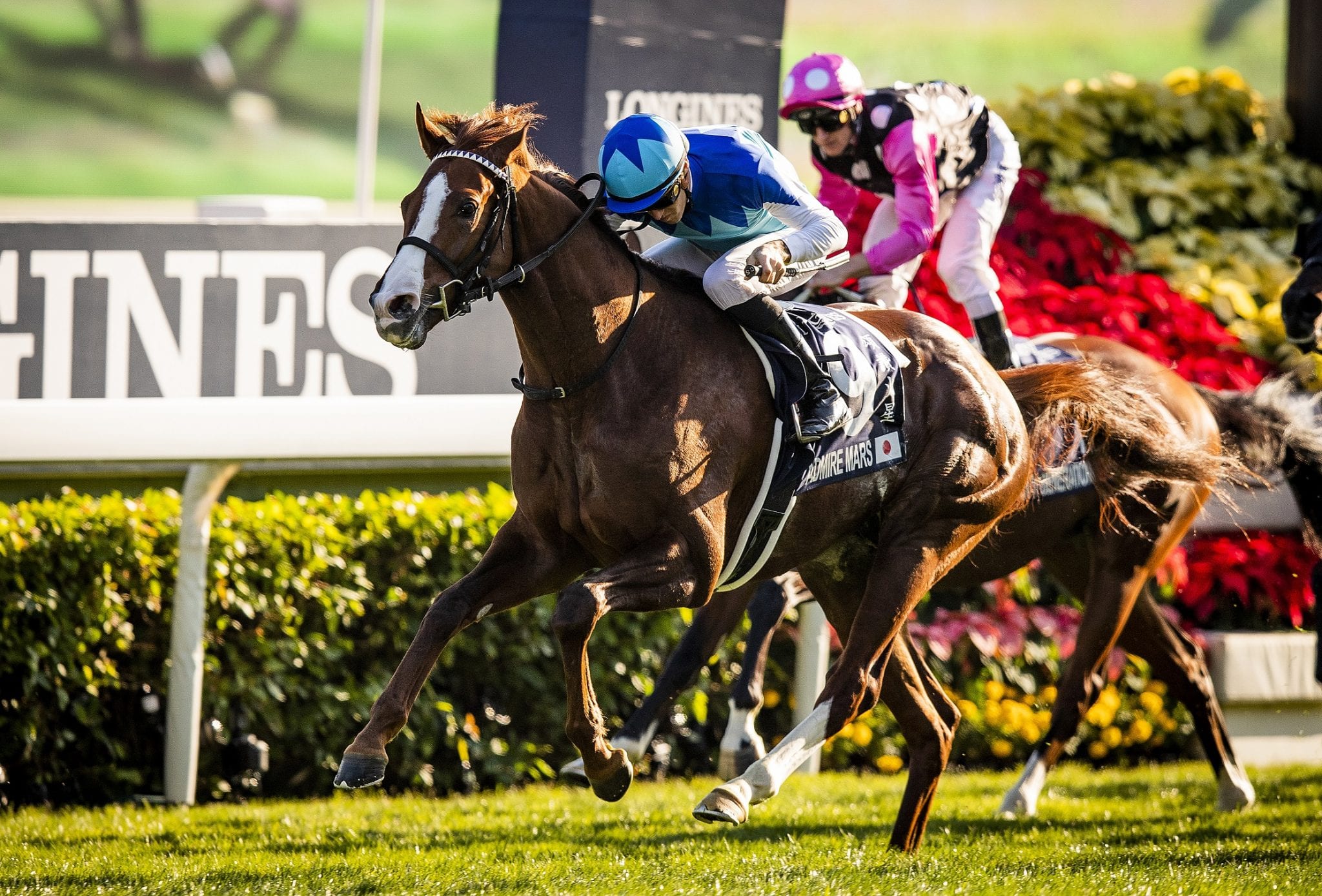 The 2020 LONGINES Hong Kong International Races has attracted a bounty of stars among 162 nominated horses, with 61 Group 1 winners from 10 countries/regions eyeing the four-race HK$95 million event on 13 December.

Mr. Andrew Harding, Executive Director, Racing at the Hong Kong Jockey Club, said: “We are delighted to have such strong nominations for our four Group 1 races in December. Considering the current climate in regard to the COVID-19 situation, it just reiterates that the LONGINES Hong Kong International Races are recognised the world over as one of the global sport’s truly great events. This is something that we are extremely proud of and this year we anticipate another phenomenal day of elite sport.”

“To attract global stars like Almond Eye and Magical, is testament to how appealing Hong Kong racing is in the eyes of the world’s leading horsemen. Hong Kong stages superb sport with excellent prize money and on 13 December Sha Tin will take centre stage with the excitement of four world class championship races.”

Almond Eye’s fellow Japanese entrant and last year’s winner Win Bright could have the chance to enhance his unblemished record over 2000m at Sha Tin to a perfect three, after taking last year’s Group 1 Spring-Autumn double of the FWD QEII Cup and LONGINES Hong Kong Cup.

Other candidates from Japan are Saturnalia, a two-time Group 1 winner, the highly-regarded Danon Premium, classic winner Loves Only You and globetrotting mare, Deirdre, 2018 Cup runner-up and winner of last year’s Group 1 Nassau Stakes at Goodwood.

Rise High, last seen when a close third for last year’s Cup, also features in the entries, as does the 2020 Group 1 Citi Hong Kong Gold Cup champ and winner of this race in 2017, Time Warp.

Golden Sixty, who became only the second horse to clean sweep the Four-Year-Old Classic Series when winning the 2020 BMW Hong Kong Derby, headlines the entries and will spearhead the local brigade. Francis Lui’s brilliant five-year-old has returned unbeaten this season and is the winner of nine consecutive races, holding a record of 12 wins from 13 starts.

Hong Kong’s highest ever earner Beauty Generation, a back-to-back LONGINES Hong Kong Mile winner (2017 & 2018), will return for his fourth crack at the race, this time under the guidance of David Hayes, while Group 1 winners Waikuku and Southern Legend also hold nominations.

The European brigade features three-time Group 1 winner Circus Maximus, who holds an entry for Aidan O’Brien, as does Lope Y Fernandez, while French Group 1 winners Romanised and One Master, the latter a three-time winner of the Prix de la Foret, hold entries.

Exultant rallied to defeat the top-class Lys Gracieux in 2018 before finishing a creditable third last year, but with two more Group 1’s under his belt, the FWD QEII Cup and Standard Chartered Champions & Chater Cup, Hong Kong’s Horse of the Year returns as good as ever in his bid to recapture his LONGINES Hong Kong Vase crown.

His task could pit him against six-time Group 1 winner Verry Elleegant. Chris Waller’s bonny mare snared the Group 1 Caulfield Cup on her latest start against a cracking field of 18 internationally accredited stayers. The gallant Caulfield Cup runner-up Anthony Van Dyck, who galloped to Derby glory for Ballydoyle at Epsom in 2019, is also engaged.

Dermot Weld, who tasted Hong Kong success in 1991 when Additional Risk won the Hong Kong Invitation Bowl (the forerunner of the Hong Kong Mile), has crack filly Tarnawa entered for the Vase. The four-year-old won back-to-back Group 1 contests at Longchamp, namely the Prix Vermeille over 2400m and the Prix de l’Opera over 2000m. She also holds an option for the Hong Kong Cup.

A sole entry from Germany comes in the form of Quest The Moon, a dual Group 1 placegetter who also holds an option for the Hong Kong Cup.

Champion sprinter Beat The Clock heads the Hong Kong nominations, along with the three-time Group 1 placed Hot King Prawn as well as 1000m Sha Tin track record holder, Aethero, but the home team is about to be strengthened considerably by the arrival of a new recruit.

Classique Legend has had this race as his prime target since his impressive win in The Everest at Royal Randwick when beating off a classy field of sprinters which featured seven individual Group 1 winners. The five-year-old brings world-class sprinting ability to his new base and will arrive in Hong Kong in November to be trained by Caspar Fownes.

Australian speedster Nature Strip, a sharp four-time Group 1 winner, is the sole entrant from Down Under, while this year’s Group 1 July Cup winner Oxted is entered, along with Group 1 British Champions Sprint Stakes winner Glen Shiel and Equilateral, who finished second to the exceptional Battaash in this year’s Group 1 King’s Stand Stakes at Royal Ascot.

Singapore has one entry for the Hong Kong Sprint with speedster Inferno, who recently captured the SIN Group 1 Lion City Cup, holding a nomination.