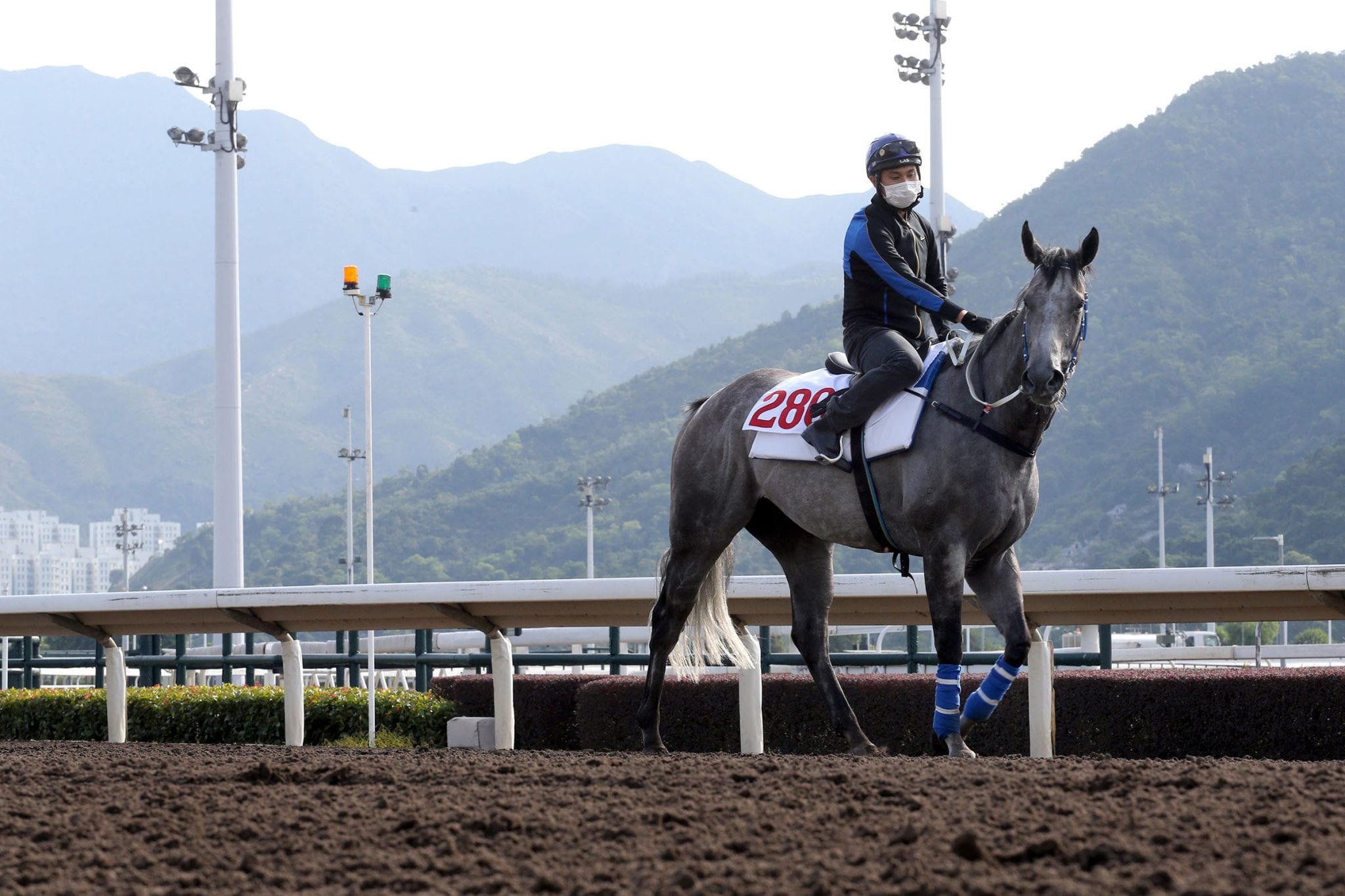 Classique Legend will have to defy LONGINES Hong Kong Sprint (1200m) history after the joint world’s top-rated sprinter drew barrier one in the HK$22 million Group 1 feature at Sha Tin on Sunday (13 December).

In 14 previous editions of the race, the inside alley on Sha Tin’s “A” course is yet to produce a winner.

The former Australian galloper typically settles midfield – or worse – and, as he demonstrated in the AU$15 million The Everest (1200m) at Randwick Racecourse in October, his best results have come from middle gates.

Trainer Caspar Fownes had hoped for the mercurial grey, who is capable of reeling off searing late sectionals, to jump from slightly wider than the pole position on Sunday in the 14-horse field.

“I was really hoping for gate five, to tell you the truth, all the way before the draw started,” Fownes said.

“He’s a horse that needs a bit of room. Anyway, it is what it is. Most people won’t complain about draw one. He’ll be ridden to get his chance and we’ll see it happens.”

Mindful of the potential cluttering facing Classique Legend, who is the equal LONGINES World’s Best Racehorse Rankings top-rated sprinter in the world with fellow Australian Bivouac, Fownes will instruct jockey Vincent Ho to be conservative at barrier rise on Sunday.

“He won’t be hassled out of the gates early, he’ll probably be back in midfield. Just going to hope that the legendary Hong Kong pace is on, like it always is, and then it’s up to Vincent to ride his race.”

Regarding the five-year-old’s track form since finishing in a trial at Sha Tin on 1 December, Fownes is optimistic.

Japan’s Danon Smash (14) and Tower Of London (12) will start from outside gates, but Rattan (six) will set off from the most successful barrier since the Sprint changed to its current 1200m distance in 2006.

Fownes believes Southern Legend’s draw of six in the HK$25 million Group 1 LONGINES Hong Kong Mile is an asset after favourite Golden Sixty landed in the race’s most successful gate (seven) since 1999.

“He can make his own luck. He’s won from many, many different positions. I’ll study the race and just see what maps out for him and then make that decision.”

“Even though it’s 2400m, I wanted a soft gate for him just so it gives Joao (Moreira) the option to be leader’s back now. He’s got as good a turn of foot of anything in the race, it’s just whether he’s at that level just now.

“He’s come a long way in a short period of time and I still think he’ll run a big race.”

Aidan O’Brien’s Mogul will start from barrier four – the race’s joint most successful slot – while Exultant sets off from gate five.

Fownes was ambivalent over Dances With Dragon’s draw of seven in the HK$28 million LONGINES Hong Kong Cup (2000m), where he will joust with Irish champion Magical and Japan’s Win Bright, Danon Premium and Normcore.

“He’s drawn seven, it doesn’t really matter because he’s going to get back,” Fownes said.

“Again, it’s a very strong race for him. I think he’s there to pick up some prizemoney for the owner. He’s been racing well all season and I expect him to do the same thing again on Sunday.

“The horses are ready now so just need a little bit of luck.

“I just hope Classique [Legend] can come and get the job done for us. That would be something special. The others, obviously whatever they do, I’m sure they’ll pick up some prizemoney, just hopefully we’re lucky enough to snag a race or two it would be magic.”