Hold The Press a headline act at Trentham 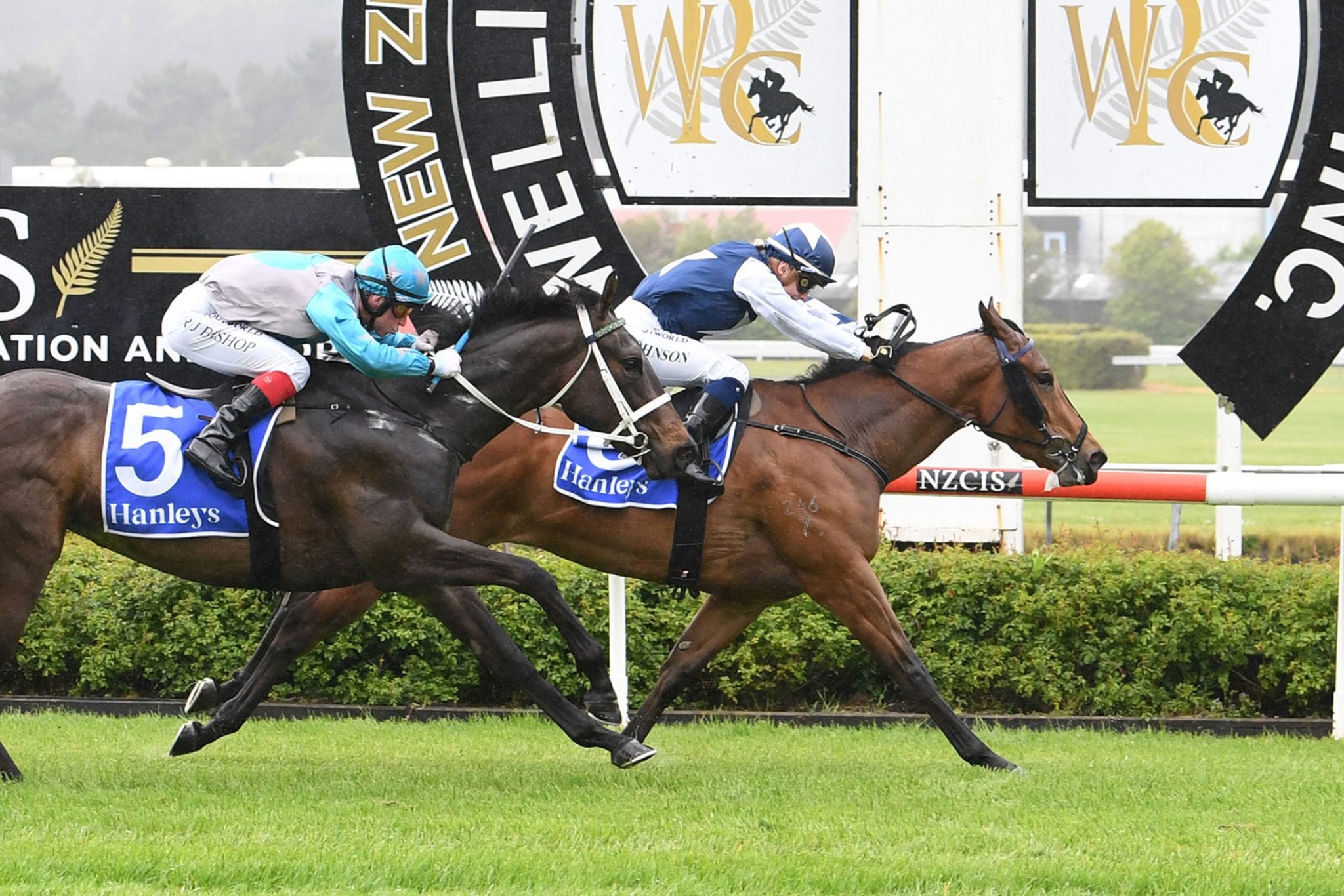 Progressive three-year-old Hold The Press maintained her unbeaten raceday record with a slick front-running performance at Trentham on Sunday. In the hands of runaway Jockeys’ premiership leader Danielle Johnson, the Press Statement filly began quickly from an inside barrier and never really looked like being headed as she cut out the 1200m journey in a bold 1.10.37 on the Dead5 rated surface.

Originally in the care of Terri Rae at Riccarton, where she trialled on several occasions, Hold The Press is now trained at Otaki by Johno Benner and Hollie Wynyard, with Benner convinced she has the potential to go on to bigger and better things later in the season. “That was a good effort as it is never easy to win two in a row,” he said.

“She’s done it all in a relatively short period and made it look quite easy. “It’s a tough 1200m at Trentham with the long run in, so to do it at both ends was pleasing to see.” Benner will now send the filly to the paddock before bringing her back for summer racing.

“She’s looking for a break now so we will put her out for a short rest,” he said. “She’s got natural gate speed and tactical pace so I think she can be even more effective on top of the ground although we know she handles the wetter surfaces.

“The aim will be to get some black type with her and I’m confident she will stretch out to 1400m and a mile as a three-year-old as she settles well in her races. “There are a number of good races around over the Christmas and New Year period so we will be looking at what is around then.”

The stable registered a winning double on the day with Crowning Star taking out an open 1400m with Benner keen to see her in stakes company in the autumn. “She’s got a good little record now and I can’t wait to get to the autumn with her,” he said.

“She needs the cut in the track so she will go out now but I think she is up to black type quality so we will be looking at races like the Cuddle Stakes (Group 3, 1600m) and other fillies and mares races like that when there is some rain around.”