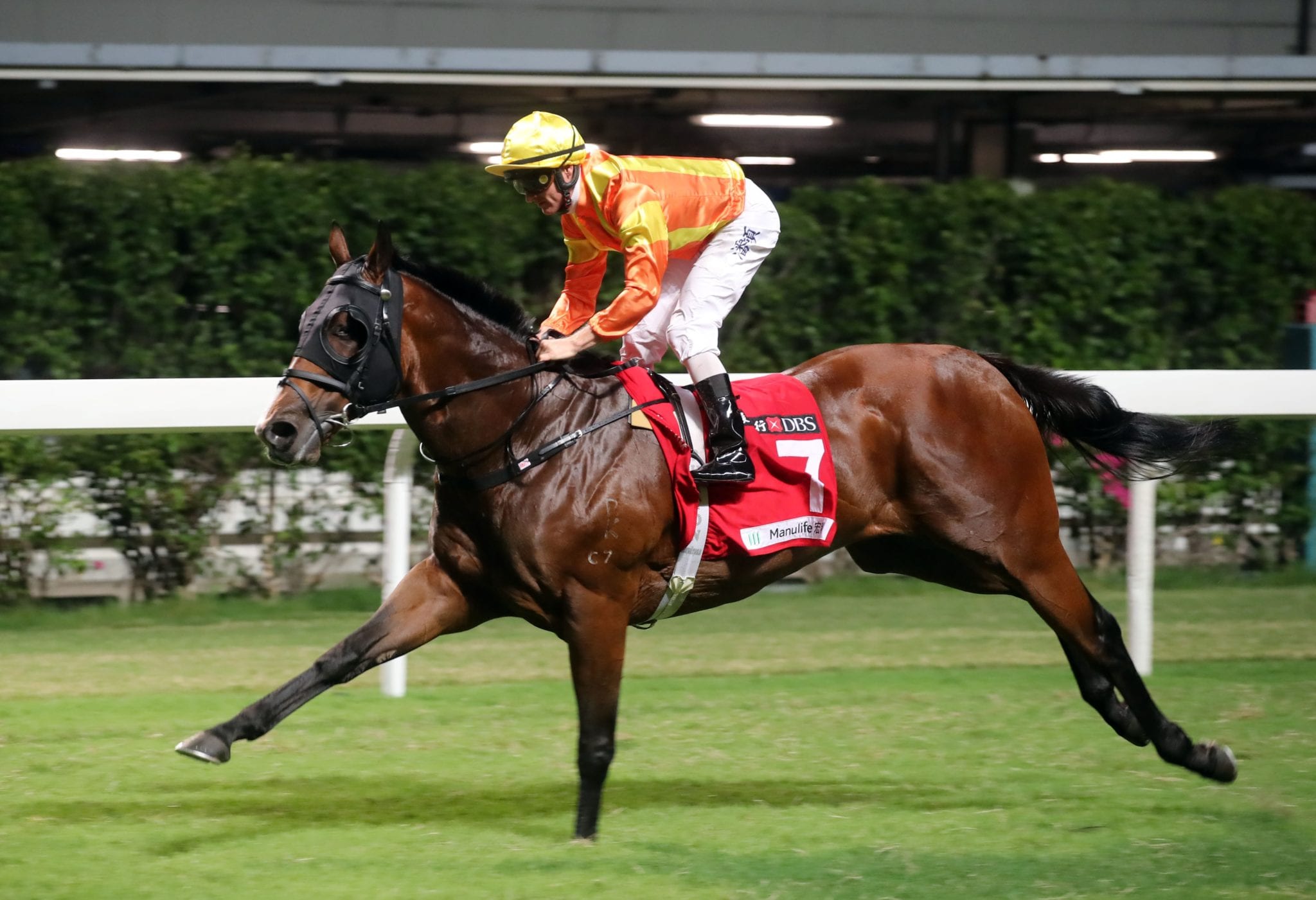 High Rev exploded to an impressive win at Happy Valley last month and the exciting galloper will attempt to back-up that performance in the Class 3 Jaffe Handicap (1650m) at the city track on Wednesday night (6 November).

The David Hall-trained five-year-old heads in off a mark of 75 and a 130lb burden, having smashed his rivals in his last two course and distance outings, both under champion jockey Zac Purton. The bay put three and a quarter lengths on the field with little fuss three weeks ago, having wrapped up last term with a six and three-quarter length demolition.

“Zac said he was floating a little bit and got to the front and probably had the race won. He said he thought he was going to pull up and wait for him so he gave him one round the backside and when he did, he took off,” Hall said.

“Last season’s win, everyone maybe thought it was a tactical scenario but then he’s backed it up and he’s ready to go again.”

Hall is looking for his late-maturing bay to make the step up to Class 2 sooner than later, with longer distances also on the agenda for the two-time course and distance winner.

“The way he’s winning, you’d be disappointed if he didn’t make it into Class 2,” he said.

“He’s done it twice now so if he turns up in that sort of form and wins again, he goes into Class 2 on a light weight. It’s a big jump from Class 3 to 2 but he’s probably still got a bit more in the locker as far as he hasn’t increased his distance yet, he looks like he’ll run a bit further.”

The Melbourne Cup-winning handler is interested to see how far ability and pedigree will take his Australian-bred.

“How far in distance he can get will be interesting – and how high he can climb? I’m sure we haven’t seen where he’s going to get to yet,” the trainer said.

“He’s very strong at the end of the mile so I don’t think there’s any problem about 1800 metres, and the 2000 metres, Fastnet Rock can get mile and a half horses and the mother won the Australian Oaks as well. He certainly will be visiting that at some point, we’ll stretch him, for sure.”

High Rev took nine races last term to find his way to the winner’s arch but now has a record of three wins from his last five starts.

“He was gelded after he arrived and he was a bit of a rat,” Hall explained. “Mentally he wasn’t in the right place, being a Fastnet Rock colt. He probably should have been gelded before he came so he went through a bit of a transition period after he was gelded and once he settled down and learnt what his job was, he got it right.”