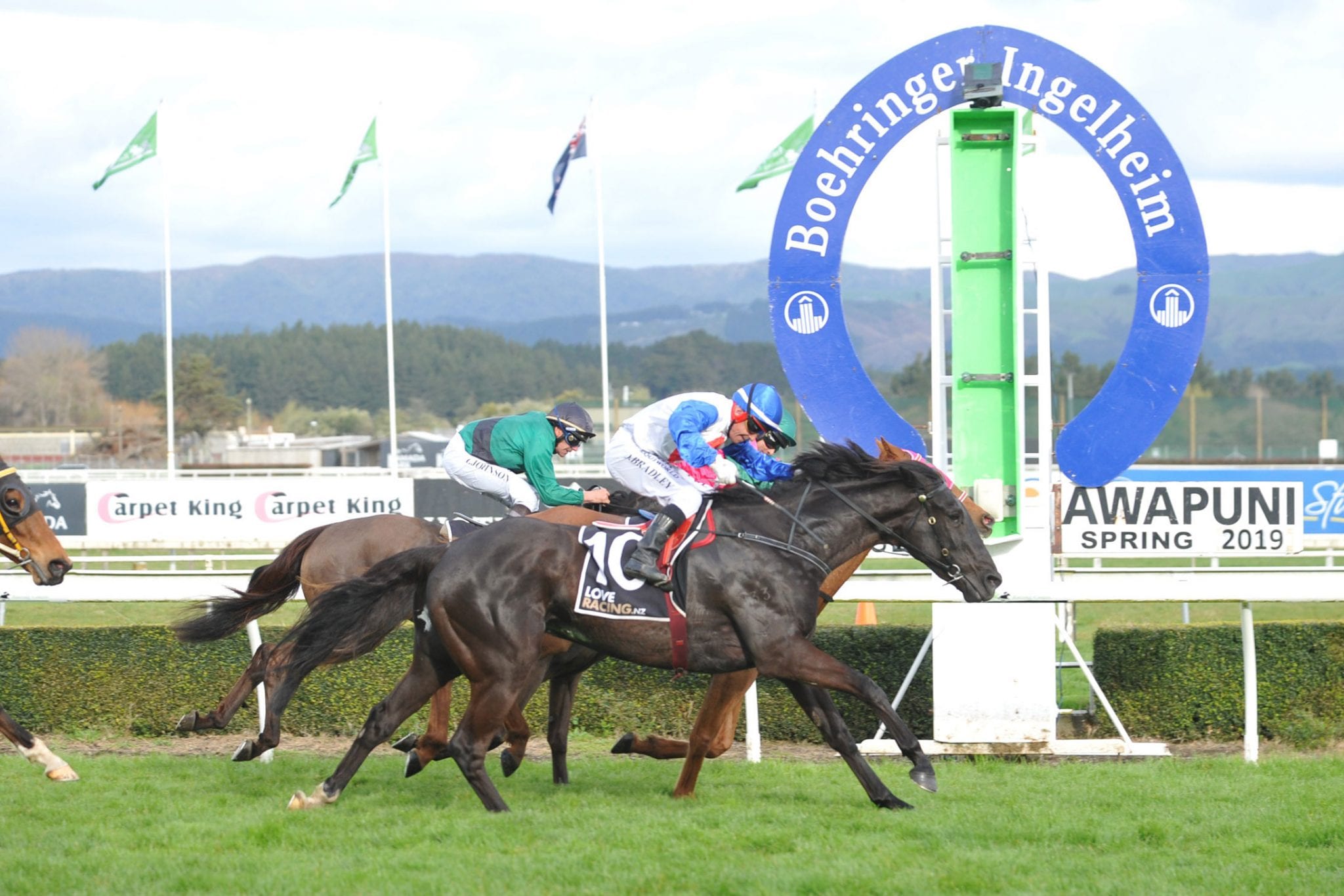 Herengawe will make his return to New Zealand racing at Awapuni on Saturday.

The Isaac Lupton-bred and owned gelding last raced in New Zealand 18 months ago when he was victorious in the Group 3 Metric Mile (1600m) at Awapuni.

He has since been racing in Sydney under the care of leading trainer Chris Waller, where his best result was a placing in the Group 3 Premier Cup (1900m) at Rosehill last August.

He failed to flatter in his subsequent starts and has returned to Lupton’s Waverley dairy farm where he is trained by partner Joanne Moss.

“He went one good run, but overall he was a bit disappointing, particularly his second preparation where he did nothing at all,” Lupton said.

The son of Zed will line-up in the Listed James Bull Holdings Rangitikei Gold Cup (1600m) at Awapuni on Saturday, and while he has had stakes success over the distance and course, Lupton has reserved expectations heading into the weekend.

“He hasn’t had a trial or anything, so we are hoping he still has some residual fitness from his racing the week before he left Sydney in February,” he said.

“I couldn’t imagine him featuring in the finish.”

Lupton admitted Herengawe is on trial on Saturday, with a career change to a hunter possibly on the cards.

“He is on trial, he might be given away as a hunter yet,” Lupton said.

“If he runs okay he can back-up at Wanganui (in a fortnight), there is a race (Listed AGC Training Stakes, 1600m) there that might be alright, we will just see after that.”

While his future could lie in hunting, Lupton, a decorated jumps jockey, doesn’t think he will suit jumps racing.

“He has jumped logs and the pony fences, but he doesn’t overly thrill me as a jumper,” he said.

“We will probably do some more intensive jumping with him as we go through the winter, just to keep him occupied, but as a raceday jumper I am a bit doubtful.”

Lupton said he is tempted to keep his charge ticking over during winter until they are met by better tracks in the spring.

“The jockeys over in Australia thought he was after better tracks and the one run he did go well he placed on a Good track,” Lupton said. “We will just take it race by race.

“We could tick him over during the winter and if he is worth carrying on with, we may put him over 2000m on slightly better tracks.”

With jumps racing well under way, Lupton has been a noticeable absentee and he said he hasn’t got any set plans when it comes to raceday riding this season.

“I enjoy riding trackwork every day, but I haven’t got too many plans with riding (on raceday) at the moment,” he said.