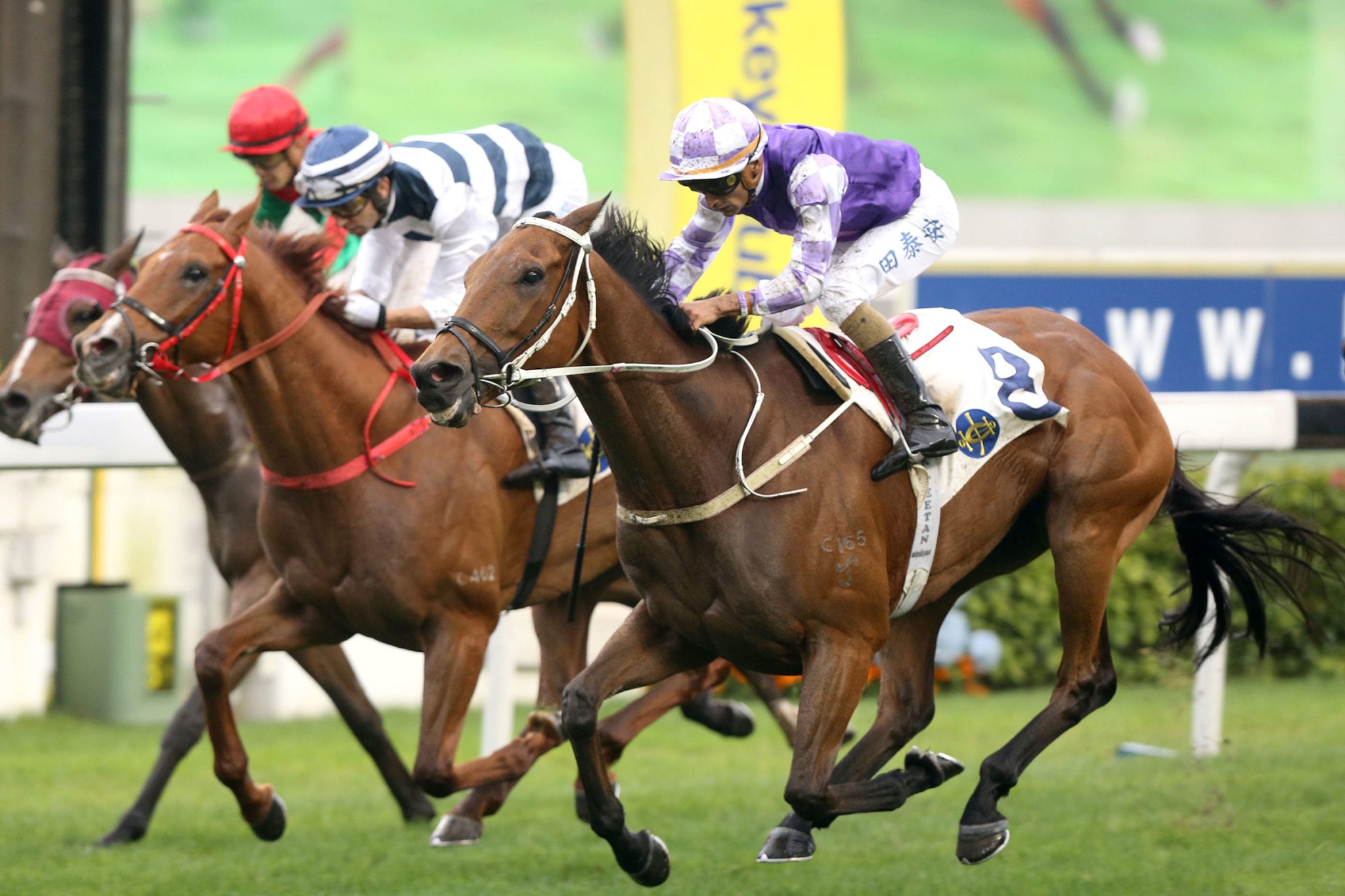 Helene Leadingstar (119lb) will attempt to complete a hat-trick of wins when he takes on four rivals in the Group 3 Queen Mother Memorial Cup Handicap (2400m) at Sha Tin on Sunday, 3 May.

Tony Cruz’s charge has pulled off a smart turn-around recently, having endured 14 runs without success before nailing a breakthrough Hong Kong win over 1800m at the beginning of March. He followed up with a 2000m Class 1 score a month later under this weekend’s pilot, Karis Teetan.

Staying is the five-year-old’s game: the Wanted gelding won the Group 1 South Australian Derby over 2500m at his final start before import, and a third placing behind the smart pair of Ho Ho Khan and Savvy Six in this race last year suggests he should relish his weekend assignment off a five-point hike in the ratings.

“He’s got a big chance,” Cruz said. “He’s won two races already and I’m very happy with him leading into this. I was really pleased with his barrier trial and I expect him to show us his ability over the mile and a half, he’ll see out the distance easily.”

Cruz has won the race three times as a trainer, notably with champion stayer Exultant in 2018.

The Queen Mother Memorial Cup – the sculpted silver trophy of horses galloping is one of the most impressive around – is one of only three mile-and-a-half contests in the Hong Kong programme, along with the Group 1 LONGINES Hong Kong Vase and the upcoming Group 1 Standard Chartered Champions & Chater Cup. This year’s edition took a hit when last year’s winner Ho Ho Khan suffered an injury recently, forcing his absence from the line-up.

John Moore will saddle four-fifths of the field but each of his quartet finished behind Helene Leadingstar in the Cruz galloper’s latest race victory: Helene Charisma was a length and a quarter third conceding 2lb, Savvy Nine was two lengths fifth conceding 2lb, Chefano was sixth giving away the same and Eagle Way ran home eighth giving an 18lb concession.

The handler has won the prize five times though, including with subsequent Group 1 winner Dominant, and, three years ago, with Eagle Way (133lb). The latter takes his place again having bounced back from his defeat to Helene Leadingstar with a solid third behind Exultant in last Sunday’s Group 1 FWD QEII Cup (2000m).

“Eagle Way is the best stayer in the race, just look at his third last Sunday,” Moore said of the seven-year-old, winner of the Group 1 Queensland Derby in 2016.

“But, when you take into account the 2400 metres with top-weight of 133lb on his back, it’s going to be tough. I’m not worried about backing up quickly, he pulled up fine, I’ve had him a long time and I know he can back up in a weak race.”

Champion jockey Zac Purton will team with the chestnut for only the second time, having been in the saddle for a win in the 2018 Group 3 January Cup Handicap (1800m).

“The light weight is going to be key to him, especially over that distance of ground,” Moore said. “He’s a horse on the rise and he travelled very well the other day with a closing third in a 1200-metre dirt trial. The jockey got off and said he was very happy.

“He’s well-weighted but he has to be given a very good ride.”

Helene Charisma won the Group 1 Grand Prix de Paris (2400m) in his youth but the veteran took 28 starts – well into his third Hong Kong season – before he got his head in front. All three of his local wins have come at Happy Valley but the seven-year-old put in one of his best efforts when third to Helene Leadingstar at Sha Tin two runs back.

“Helene Charisma, we know he stays and he loves Happy Valley but he ran a good race at Sha Tin the time before last,” Moore said.

The handler will also send out Chefano (114lb), who followed a breakthrough win over 1800m with a solid fourth to Exultant in the Group 3 Centenary Vase Handicap (1800m) back in January.

“Chefano will stay all day and he’s got a light weight to help him too,” Moore said of the South African-bred Silvano gelding.