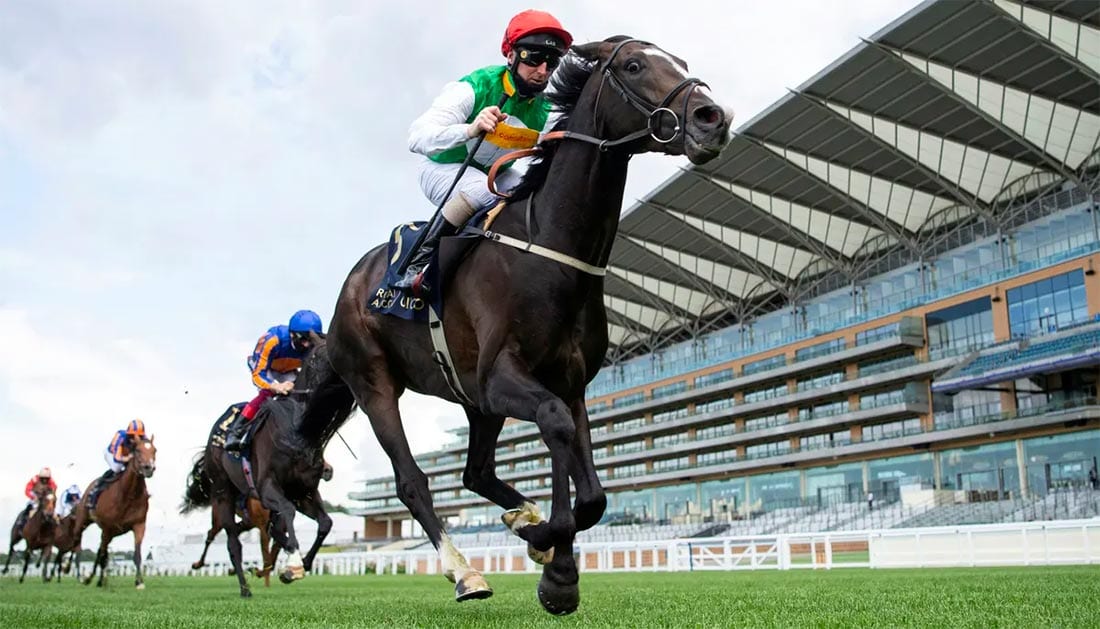 There has been a significant betting move for Pyledriver to win the St Leger, and he is now the favourite at +275 with BetOnline for the final Classic of the season at Doncaster on Saturday.

One lucky or very clever punter backed the horse for £1 at +27900 on a betting exchange. That price was not typical, but Pyledriver was trading for decent money at +700 last month. The odds have continued to shorten with online bookmakers over the last week.

One of the reasons for the horse’s odds dropping is the absence of other potential runners. Love was as short as +500 to win the St Leger at the start of last month. Connections have decided to target the Arc rather the St Leger, which would complete the Fillies Triple Crown.

After winning the Epsom Derby in June, Serpentine appeared in the 2020 St Leger betting. That horse and Love are trained by Aidan O’Brien, who will be represented at Doncaster by Santiago, the winner of the Irish Derby.

Love and Serpentine accounted for about 40% of the ante-post market. When they were declared non-runners, bookmakers had to cut other horses to compensate. Clearly, Pyledriver has a better chance of winning the St Leger if two Classic winners are not taking part.

Santiago was shorter in the betting after winning the Irish Derby, as he looked suited to all of the one mile, six furlongs and 115 yards of the St Leger. However, he was well beaten by Stradivarius in the Goodwood Cup in receipt of 15lbs.

The form of the Irish Derby has not worked out well, so the St Leger betting market lost some confidence in Santiago. Punters then latched on to other horses who could win the Classic, and Pyledriver ticked a number of the key boxes.

Galileo Chrome has been backed after two wins by wide margins, but the horse has never run in a Group race. Hukum is bred to be a stayer but runs strongly and may not have the stamina to get home. English King has not fulfilled his potential after winning the Lingfield Derby Trial. Almost by a process of elimination, the money has come for Pyledriver.

A glance at the Official Ratings for the 12 declarations is informative. Pyledriver runs off 119 and so is the top-rated runner in the field. The next highest-rated horses, Santiago and Hukum, have earned a mark of 114. Those numbers suggest Pyledriver has a few pounds in hand over his nearest rivals in the betting.

The owners of Pyledriver have turned down seven-figure offers from overseas. Their horse went to the foal sales with a reserve of £10,000, and his breeding was unfashionable. However, there is staying potential on the dam’s side, and the modest investment is now the favourite for the St Leger.

The trainer, William Muir, believes Pyledriver will get the trip and trusts the jockey, Martin Dwyer, who happens to be his son-in-law. The horse won easily in a Group 2 race at Royal Ascot and then impressed when winning the Voltigeur Stakes at York at the same level. Pyledriver finished 11th in the Derby over an inadequate trip, and the extra distance of the St Leger should be right up his street.

The horse ran four times as a juvenile over seven furlongs and one mile. Pyledriver’s first start aged three was over 10 furlongs. His subsequent three starts were at one mile and four furlongs. Stamina has been proven as the horse has run over longer distances, but the St Leger will be Pyledriver’s longest race. However, managing the trip is within the scope of the colt.