English King can win his Classic in 2020 St Leger 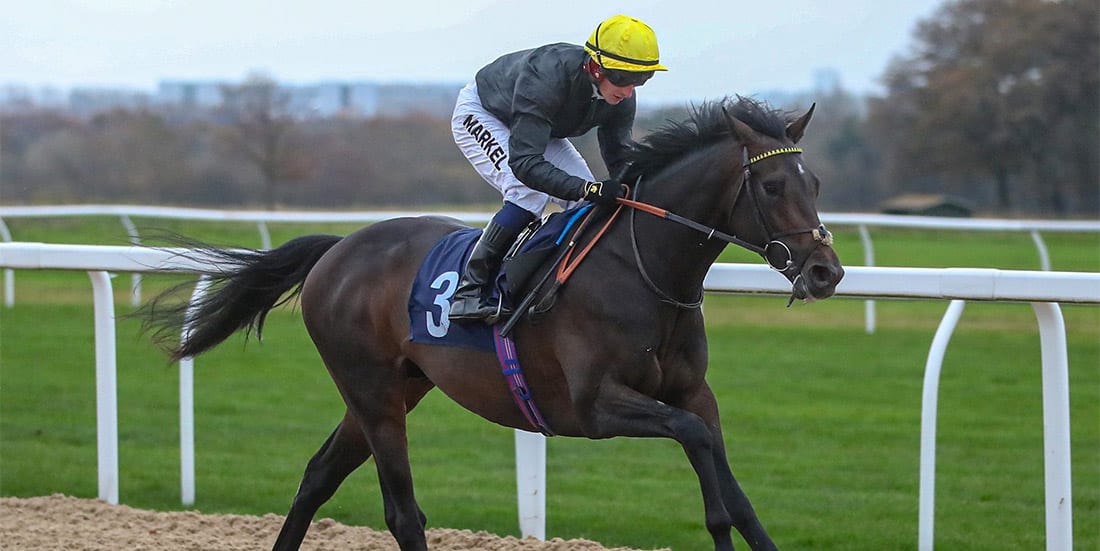 Serpentine is touted as the best three-year-old colt in training in Britain and Ireland, so he looks good value at +1200 with BetOnline to win the St Leger at Doncaster on September 10. However, English King can be backed at the same price and is fancied to reverse Derby form and win the final Classic of the season, as there are chinks in the armour of horses shorter in the betting.

English King won the Lingfield Derby Trial by almost three lengths, which led online bookmakers to make him the favourite for the main event at Epsom. Despite ducking at the start, he seemed to be going the best of the beaten horses over the final two furlongs. The ratings suggest Serpentine is a better horse, but the Derby was a strange race.

The next assignment for English King was a Group 3 race at Goodwood at the end of last month. The +125 favourite had no luck in running and finished fourth behind Mogul, three-and-a-quarter lengths behind the winner. However, the impression was again that English King underperformed.

Fillies receive a 3lbs allowance from the male horses in the St Leger, and that would be significant if Love was running. The winner of the 1,000 Guineas and Oaks would be trying to be the first horse since Oh So Sharp to win the Fillies’ Triple Crown.  However, Love is the favourite for the Prix de l’Arc de Triomphe, and that race is the horse’s most likely target. The St Leger betting, meanwhile, is dominated by colts.

In normal circumstances, the winner of the Derby would be prominent in the betting for the Doncaster feature. However, there is still some doubt about the value of Serpentine’s win. The horse was given an easy lead and never came back to the field, winning the race by five-and-a-half lengths from Khalifa Set. English King was less than a length further adrift in fifth place.

The 2020 Derby was unusual in that the three horses that led from the start finished in the first three in the same order. Serpentine made all and stayed on strongly to win the race unchallenged. The horse has not run since and so is still something of an unknown quantity.

The Derby win earned Serpentine an Official Rating of 120, which represented a huge improvement from his three previous career starts. However, no horse has produced a higher rating when winning the St Leger over the last 10 years. Serpentine can be competitive in the St Leger, but other horses are preferred and the standout runner is English King.

The current favourite is Santiago at +250. The horse won the Irish Derby, but it was hardly an exceptional renewal. He received 15lbs from Stradivarius in the Goodwood Cup but was beaten over two lengths by that horse when finishing third.

Santiago has something to find with Serpentine on ratings but is ahead of English King on the figures. However, the latter has the potential to overcome the difference in the St Leger.

Pyledriver and Hukum are next in the St Leger 2020 betting, both at a shorter price than English King. Pyledriver is just below the level to win a Classic and has not contested a Group 1 race. Hukum has only earned a rating of 114 and will struggle to make enough progress to win the St Leger.

Only three leading bookmakers quote Love to win the race. Even with a gap of 22 days between the St Leger and Arc, the star filly is unlikely to run in the Doncaster Classic. Tiger Moth and Mogul are in the mix for Aidan O’Brien, but the likes of Santiago and Serpentine are better bets to get the Irish trainer his seventh St Leger win.

By a process of elimination, English King can win the St Leger. However, the horse has strengths in the context of the race and will not simply benefit from the flaws of the other leading contenders. The Derby did not go to plan, but some pundits thought he was the best horse at Epsom. A truly run race will give him every chance on the long straight at Doncaster.