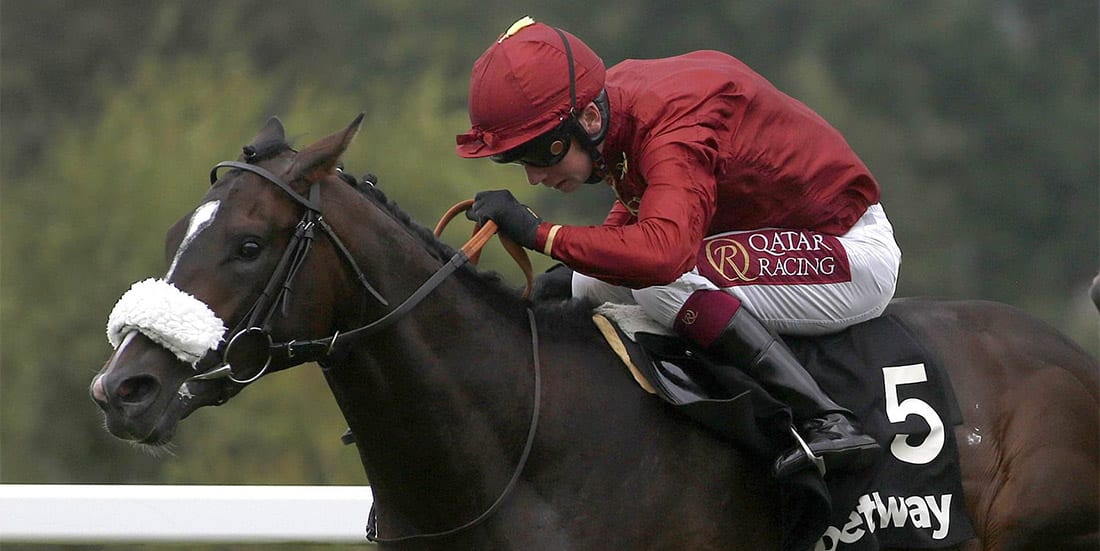 The best horse usually wins the Epsom Derby and the highest-rated runner in Saturday’s race is Kameko, which can be backed at +400 with BetOnline. The winner of the 2,000 Guineas can win a second Classic and then possibly complete the Triple Crown in the St Leger at Doncaster in September. There could be some each-way value with Highland Chief at +1600 after the horse won a handicap at Royal Ascot carrying top weight, while Khalifa Sat is another to consider for the payout places.

The people’s choice on the day of the race will probably be English King. Tom Marquand rode the horse in his two wins from two starts this season, but the trainer has asked Frankie Dettori to take the ride at Epsom. While that seems unfair on Marquand, the betting public will be backing the jockey with the famous flying dismount. However, English King is a few pounds inferior to Kameko on ratings and form.

The bigger-staking professionals bet with their heads and not their hearts. The nature of the race means that the Derby is a good opportunity to beat the bookies. English King did win the Lingfield Derby Trial impressively. Anthony Van Dyke won the race in 2019 and went on to win the premier Classic at Epsom. Hence, English King has won over almost the Derby distance of one mile and four furlongs, but Kameko brings Classic-winning form to the Epsom feature.

The combined price for Kameko and English King to win the most sought-after Flat title in UK horse racing is about -110, so you can back the field at the same odds. As the form suggests these runners have a bit in hand over the rest of the field, a reverse forecast (also called a quinella) in which you select two horses to finish first and second in any order would not be the worst bet.

However, there could be a number of unexposed horses in the field and Aidan O’Brien has seven runners. The betting suggests there is little to choose between Russian Emperor and Mogul, either of which could end up as Ryan Moore’s Derby ride for O’Brien. His mount is not always the best guide to the ultimate pecking order of the stable’s Derby runners.

Kameko has produced a career-best Official Rating (OR) of 119, while English King has run to a figure of 112. The latter is proven over virtually 12 furlongs and Dettori has ridden in 24 Derbies and knows the twists and turns of Epsom like the back of his hand, but Kameko’s win in the 2,000 Guineas suggests the trip should not be an issue. Champion jockey Oisin Murphy gets the ride and can win his first Derby.

Despite English King looking an outstanding prospect in winning at Lingfield, Kameko’s Guineas at Newmarket was a much stronger race. Pinatubo came third and that horse produced the best rating for a juvenile in 25 years last season. Kameko then backed up his Newmarket run with a solid race at Royal Ascot and was arguably the best horse in the St James’s Palace Stakes. Wichita was a neck adrift of Kameko in second place in the Guineas and his OR makes him a better horse than English King. The heart may wish for a third Derby win for Dettori, but the head says Kameko.

The two market leaders account for over 50% of the market, so there could be some each-way value amongst the bigger-priced runners. Online bookmakers generally settle each-way Derby bets at one-fifth the odds for three places. However, there could be some concessions on the day of the race and the best of those is an extra place. There is a trade-off with reduced odds, but Highland Chief and Khalifa Sat are worth considering to finish in the frame with bookies offering four places.

Both these horses could progress again and be competitive in the Derby, but the ratings suggest they have too much to find with the two horses at the head of the betting. While any O’Brien runner in the Derby warrants respect, his team lacks the experience at this level. The evidence suggests a two-horse race and Kameko has the form to beat English King and win the 2020 Derby.