More Than Double Your Money on Enable in the Eclipse 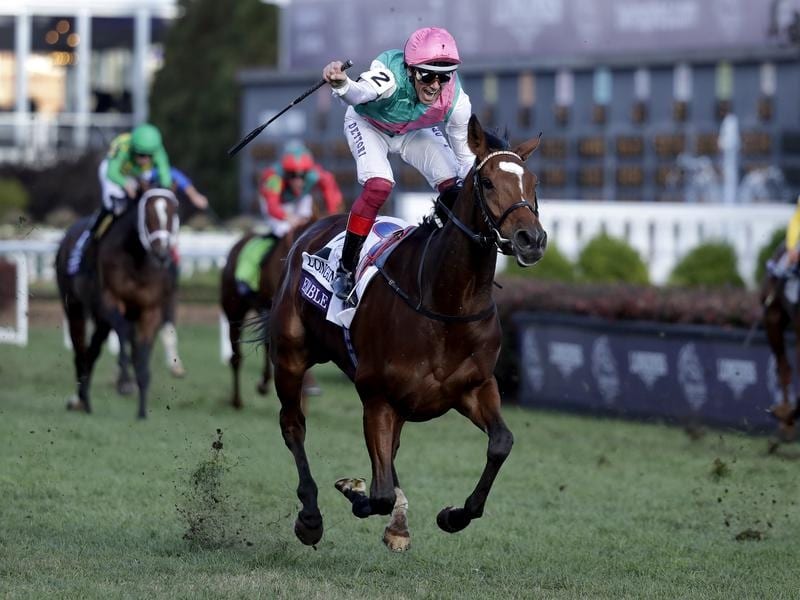 Enable receives the three pounds fillies and mares allowance in the Group 1 Eclipse Stakes at Sandown on Sunday. That advantage could mean the difference between winning and not winning the race. Bookmakers have taken no chances and you can back the horse at +110 with BetOnline.

It will take an exceptional horse to beat the mare giving weight. Ghaiyyath and Japan are proven at the highest level but Enable has the form and ability to win the Eclipse for the second time in two years.

The Eclipse is run over almost one mile and two furlongs and horses aged four and older are eligible to run this year. There are no weight-for-age concessions but Deirdre, Enable and Magic Wand receive the allowance for female horses. In a normal year three-year-olds can take part in receipt of 10 pounds.

The seven horses accepted to run are aged 4, 5 and 6. Enable is a six-year-old and the last winner as old as that was in 1986. The winning-most age this century is 3 and 5 with seven wins. Enable would become the first winning mare aged six if prevailing again.

Lord North being withdrawn leaves only seven horses to race. That means each way bets are settled at one quarter the odds for two places. There was some each way value with Magic Wand at +1600 with BetOnline in an eight runner field. But the reduced number of payout places takes away the appeal of backing the fourth horse in the betting to make the frame. Magic Wand would have to finish ahead of both Ghaiyyath and Japan for a winning bet.

The Sandown Group 1 race is the third at that level over the weekend. For the first time in centuries the Derby and Oaks take place on the same day, this Saturday.

We have presented the case for Kameko (Derby) and Love (Oaks) in previews and the double pays over +900 with BetOnline. You can double your money if you throw in Enable and make the Group 1 two-timer a treble. She has run to a Racing Post Rating (RPR) of 129 while Ghaiyyath and Japan have produced best figures of 128 and 125 respectively.

As an aside, Ryan Moore has chosen to ride Mogul in the Derby rather than any other of Aidan O’Brien’s six runners. He has deserted his Royal Ascot winner, Russian Emperor. The decision has seen Mogul backed for the Derby and a price drift for Kameko. However, the Group 1 treble on Kameko, Love and Enable still stands.

On ratings and proven form they are the best horses in their respective races. The creams usually comes to the top at this level and all three selections have won Classics and these races provide the most reliable form.

The Sandown card on Sunday also features two Group 3 races. Favourite backers will like Art Power (Coral Charge) and Lord Nayef (Henry 11 Stakes,) who both were impressive at Royal Ascot.

There could be some value in following horses that bypassed the Royal meeting. The double on Maid In India and Dashing Willoughby pays almost +7000 with BetOnline.

That’s a speculative bet and backing Enable to win the Eclipse carries less risk. She could be the third leg of a treble if Kameko and Love have done the business at Epsom the previous day.