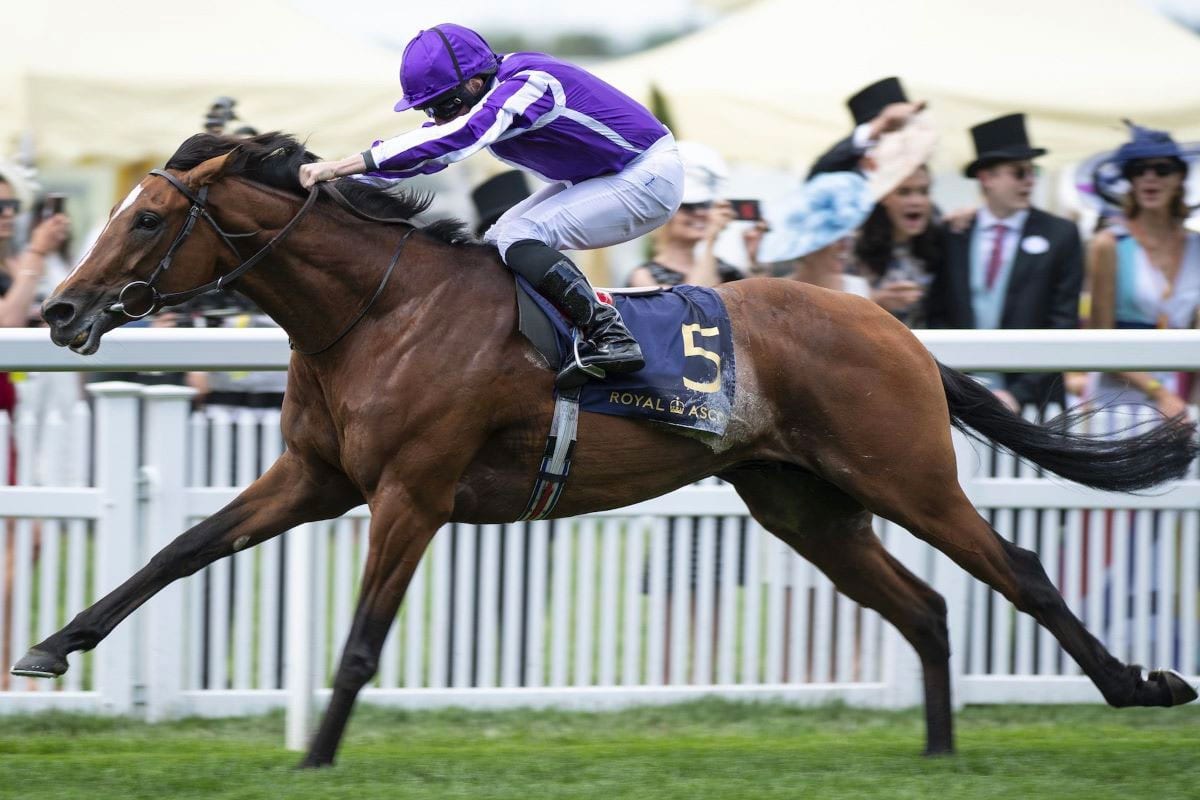 No horse has won the Prix de l’Arc de Triomphe three times, so this time next week Enable could have made history. The two-time winner of the biggest Flat race in Europe is around +187.5 with online bookmakers to win an historic third Arc.

Love has the weight allowances for gender and age, and she is a slight favourite in all the ante-post betting books. The two market leaders are a combined price of about -200 to win the Arc at Longchamp on Sunday, so we will pinpoint some each-way value from the rest of the field.

Over the last decade, nine horses have been placed at +2000 or bigger. Recent history suggests it’s debatable whether Enable and Love are worth taking on against the field, which can be backed at a best price of +150. Six winners since 2008 have come from the top two in the betting, which is a strike rate of 50%, so there is some betting value in finding outsiders who have the potential to finish in the first three.

The obvious starting point is Ghaiyyath, who can be backed at +2500 with BetOnline. However, the best Flat horse in the world will probably bypass the race and contest the Champion Stakes at Ascot later in the month.

Japan is currently an intended runner and looks a big price at +3300. Trained by Aidan O’Brien, he took on Enable in the King George VI & Queen Elizabeth Stakes at Ascot in July. The filly was too good on the day, but O’Brien reported his runner had a stone bruise that may well have affected his race.

A better guide to Japan’s ability is the third-place finish behind Ghaiyyath in the Eclipse Stakes at Sandown when Enable finished second. Japan finished just two-and-a-half lengths behind Ghaaiyyath while carrying the same weight. A reproduction of that form would give Japan a big chance to make the frame in the Arc.

Fancy Blue looks a huge price at +4000 with some UK racing bookies, but that price is unlikely to last long. The three-year-old filly gets the same 9lbs in allowances as Love and has Group 1-winning form.

Fancy Blue has won races at the highest level at Chantilly and Goodwood this summer. Beating Alpine Star by a short neck while carrying the same weight in the Prix de Diane (French Oaks) was outstanding form. Alpine Star had previously won the Group 1 Coronation Stakes at Royal Ascot, so Fancy Blue beat a very good horse at Chantilly. She looks a decent each-way bet for the Arc.

Deirdre would probably be much shorter than +5000 if the trainer was an O’Brien or Gosden. But the horse is trained in Japan, and a Japanese runner has never won the Arc.

Deirdre won the same Group 1 race at Goodwood last year that Fancy Blue won in August. The six-year-old mare receives a 3lbs allowance from the boys, which means she carries the same weight as Enable. Deirdre cannot beat Enable or Love on all known ratings and form, but bookmakers have underestimated her chances of finishing third.

Love and Enable are better than the rest of the Arc field, but third place is up for grabs. Japan, Fancy Blues and Deirdre could each sneak into that place at decent each-way odds.