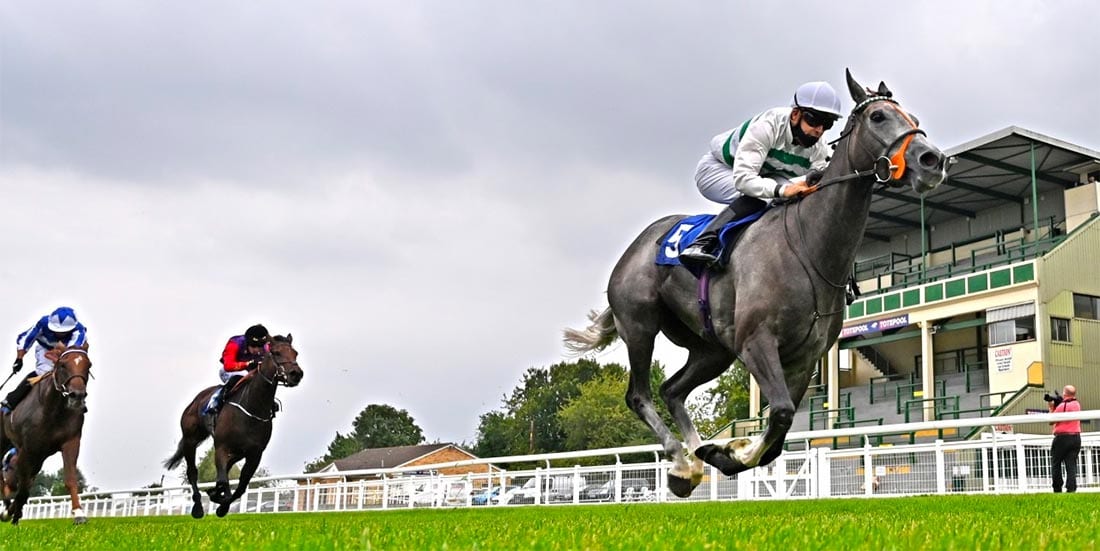 The St Leger meeting at Doncaster features the final Classic of the season on Saturday, but one of the highlights of the second day is a race known as the ‘Fillies’ St Leger’. Alpinista has the form and ratings to win the one mile, six-and-a-half furlongs contest this Thursday. Her best price is +200 with BetOnline, but those odds may shorten before race time.

The Park Hill Fillies’ Stakes is a Group 2 race for female horses aged three and older. Horses aged three carry 8st 9lb, while the older horses carry 8lbs more. There are penalties for runners who have won Group 1 or 2 races after March 31. Aplinista is three and so receives the weight-for-age allowance, which could be a key factor in the outcome of the race.

The field of eight runners comprises four three-year-olds and four horses from the older generation. Alpinista runs off an Official Rating (OR) of 113, which puts the horse several pounds ahead of the other runners. There is value in the early price, but the horse could be backed on the day of the race.

If you take an early price or board price for Alpinista, you should bet with a bookmaker offering Best Odds Guaranteed (BOG). The collateral form suggests support for the horse, which means the starting price (SP) will be shorter. The BOG promise means online bookmakers will settle bets at the best odds.

All but two renewals over the last 10 years were won by horses aged four, so Alpinista does not have the typical age profile of recent winners. However, the ratings indicate that the older horses this year have something to find. Three of the top four horses in the betting, including Alpinista, are from the younger age group.

The average OR of the winners since 2010 is 108, so Alpinista qualifies in this area. Only one horse has won the race off a mark less than 100, and three winners had a rating of 113. Dubious Affair (99) and Makawee (97) are older than three with a rating that eliminates them from consideration.

Older horses Monica Sheriff and Vivionn both race off 102 and give the four three-year-olds 8lbs. They would have to show improvement and produce a career-best effort to beat Alpinista and others.

Believe In Love is the second favourite in the early betting. The three-year-old has a rating of 107, which puts her behind only Alpinista on the official figures. Believe In Love won a Class 2 handicap at Newmarket over 14 furlongs on her last run at the end of August. However, the horse now runs in a Group race for the first time, while the favourite has form at the level.

Alpinista produced a massive run when second to Love by five lengths off level weights in the Yorkshire Oaks 21 days ago. She clearly out-ran her odds, but no other runner in the Park Hill Fillies’ Stakes has produced anything similar. More fancied horses underperformed behind Love, but Alpinista can run below that level and still win at Doncaster.

Love is trained by Aidan O’Brien, who runs Snow in this race. The trainer should have some idea how far the filly is behind the winner of the 1,000 Guineas and Oaks. Snow finished third of three runners and 13.5 lengths adrift of the winner in a Group 2 race at Goodwood last month. That form leaves the horse with something to find on Alpinista this Thursday.

Pista won her last two starts and won on the good-to-soft going projected for Thursday. The horse’s best effort was winning a Listed race at Leopardstown in her last race four weeks ago. That form will not be good enough to bet Alpinista, and there is not enough scope for the improvement required to beat the favourite and other six runners.

Alpinista looks like one of the best bets of the St Leger meeting, and bookmakers appear to have underestimated her chances. The form indicators are positive and there is value in taking the early price, but that won’t last long after the first race-day show from the bookmakers.