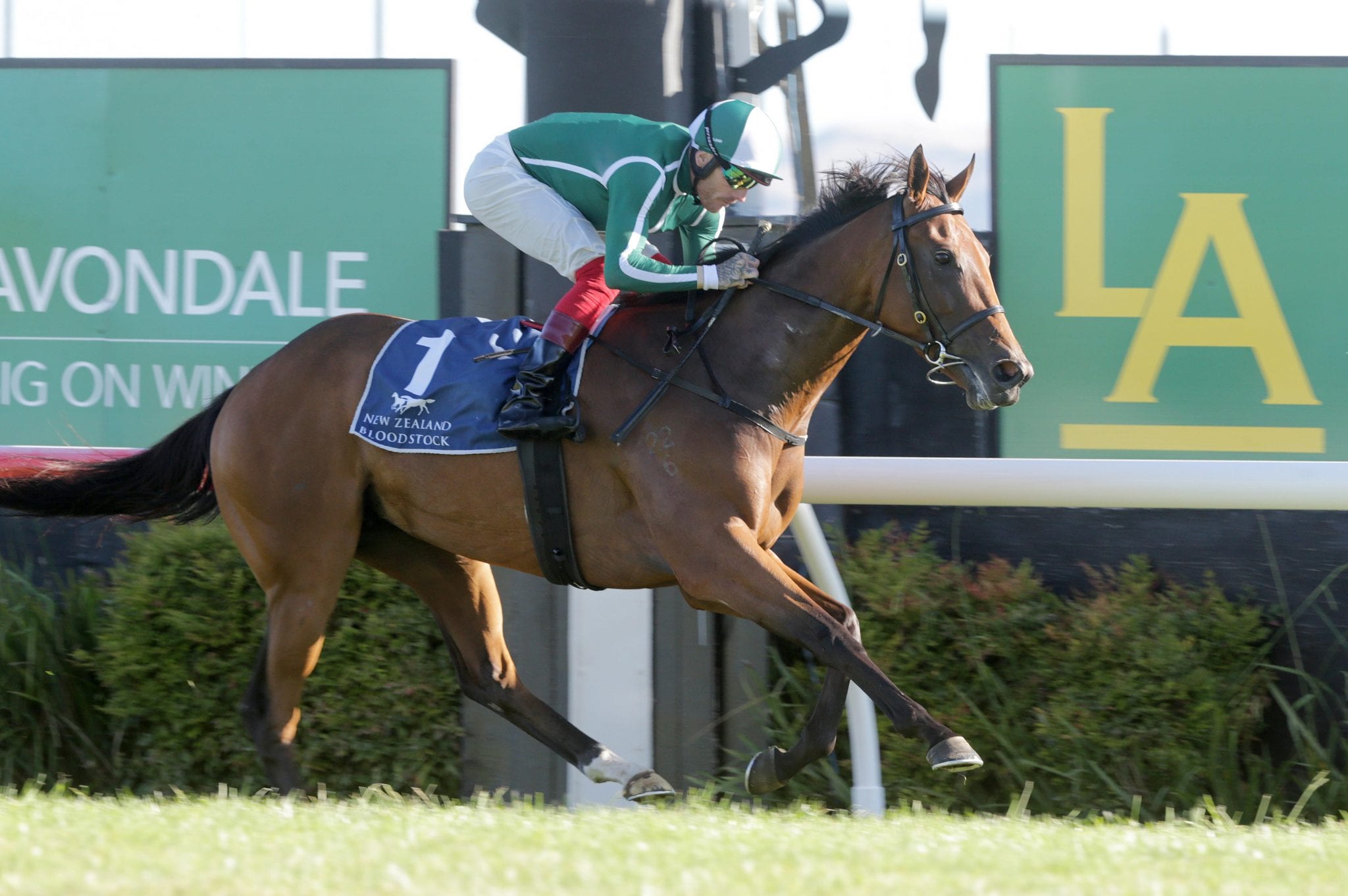 Shaune Ritchie thought he was in a nightmare on Wednesday. The Cambridge trainer was upbeat with his three runners heading into Trentham on Saturday, including Group 1 Al Basti Equiworld Dubai New Zealand Oaks (2400m) favourite Jennifer Eccles, but horror barriers quickly put a dampener on things.

Jennifer Eccles, Swisswatch, and Bella Mente have all drawn the outside in their respective races and Ritchie is already contemplating only taking two contenders south. “Maybe the bottle of brandy I sent to the bureau didn’t turn up this year,” Ritchie quipped. “This is where it gets frustrating. Jennifer Eccles has drawn 19 out of 19, Swisswatch has drawn 12 out of 12, and Bella Mente has drawn 11 out of 11. “I have got to confirm it with the owners, but Swisswatch is highly unlikely to run from that gate in the Lightning Stakes (Listed, 1200m). As a sprinter it is a nightmare draw.”

Ritchie is ruing another outside gate for Bella Mente in the Group 2 carfinance.co.nz Wellington Guineas (1400m). The daughter of El Roca finished runner-up in the Listed Mufhasa Fasttrack Stakes (1300m) at Ellerslie last start after once again drawing the widest barrier. “I think she could have possibly won last start had she drawn a better barrier,” Ritchie said. “She will have to be ridden cold from that gate over the 1400m and she will be storming home again. She is a chance, but those gates make it a hell of a lot more difficult, all three of them.”

While frustrated with Jennifer Eccles’ draw in the New Zealand Oaks, Ritchie is hoping her class can prevail. “That’s the headache, that is the gate nobody wanted,” he said. “I am going to send a box of Panadol around to Jason Waddell (jockey) because it is his headache, not mine. “The horse is in superb order, but we would obviously have loved to have got some cover with her and that looks unlikely now.

“How Jason elects to rider her will be as interesting for me as anyone else in the grandstand. I have no intention of telling Jason whether to go forward, or back, or what to do. “I will leave that up to him and I daresay, knowing Jason well, that he is likely to make that call when she leaves the barrier.”

Despite the wide barrier, Ritchie said he has never been happier with the Group 2-winning filly. “She is in superb order, her gallop on Saturday was probably the best work she has ever given us to indicate that she is likely to run out the mile and a half.”

Although Ritchie believes Jennifer Eccles will be stretched to see out the 2400m on Saturday, he said her class will help her a long way. “The mile and a half is the question mark,” Ritchie said. “She is a brilliant filly and we are aware that we are likely to be taking her out of her comfort zone and she will probably never be asked to run a mile and a half again in her career. “There have been a laundry list of top fillies win the Oaks because they are the best horse in the race. We are hoping that is the case again this year.”

Jennifer Eccles takes an impressive form line into Saturday having won three of her 10 starts, including a last start victory in the Group 2 Lowland Stakes (2100m) at Hastings, and placed on six other occasions. “She is so competitive,” Ritchie said. “I don’t think I have had a horse put up a single performance quite as impressive as what she did in the Lowland Stakes. “That is probably her best performance, and being toward the end of her campaign you would think she seems to be getting stronger and better.”

Ritchie has been victorious in the New Zealand Oaks on two previous occasions courtesy of Artistic and Keep The Peace, but said if Jennifer Eccles were to win on Saturday it would be a different experience with the 50-strong ownership group in Adrian Clark’s Challenge No.10 Syndicate. “The previous Oaks winners that we have had have been for The Oaks Stud with Dick Karreman, and Keep The Peace who was Mick Dittman and Paul Bellingham, just a couple of owners,” Ritchie said.

“You enjoy it with them and it is an intimate moment when you win such a big race, and it is fun. But the scenes in the birdcage after Jennifer Eccles has won have been quite remarkable. “Racing is losing a little bit of that atmosphere and when you see 50 people singing a song that was made 40 years ago, it adds a bit of colour. “I think if she can win the Oaks on Saturday a lack of colour won’t be the case, as we have seen when she has won in the past.”

If everything goes to plan on Saturday another Oaks tilt could be on the cards with Jennifer Eccles also nominated for the Group 1 Australian Oaks (2400m). “I had a good chat with Adrian,” Ritchie said. “We are fully aware she has been racing since August, it has been a long campaign. “She would have to win the New Zealand Oaks to justify any thoughts of going to Australia, but there is nothing left domestically for her.

“If she were to win the Oaks and win it well, and come through it very well, then we would give some consideration to a hit and run mission in Australia. “That decision will only be made after the Oaks when we have got her back here (Cambridge) and make sure there is absolutely no fatigue and we are confident she would run the mile and a half right out.

“The other thing we wouldn’t do is run her on a wet track. “A few things have got to fall our way for us to contemplate going to Australia. She is nominated for the AJC Oaks and if the cards fell that way she is a chance to get there, but I wouldn’t be advising punters to have a bet on her in it.”