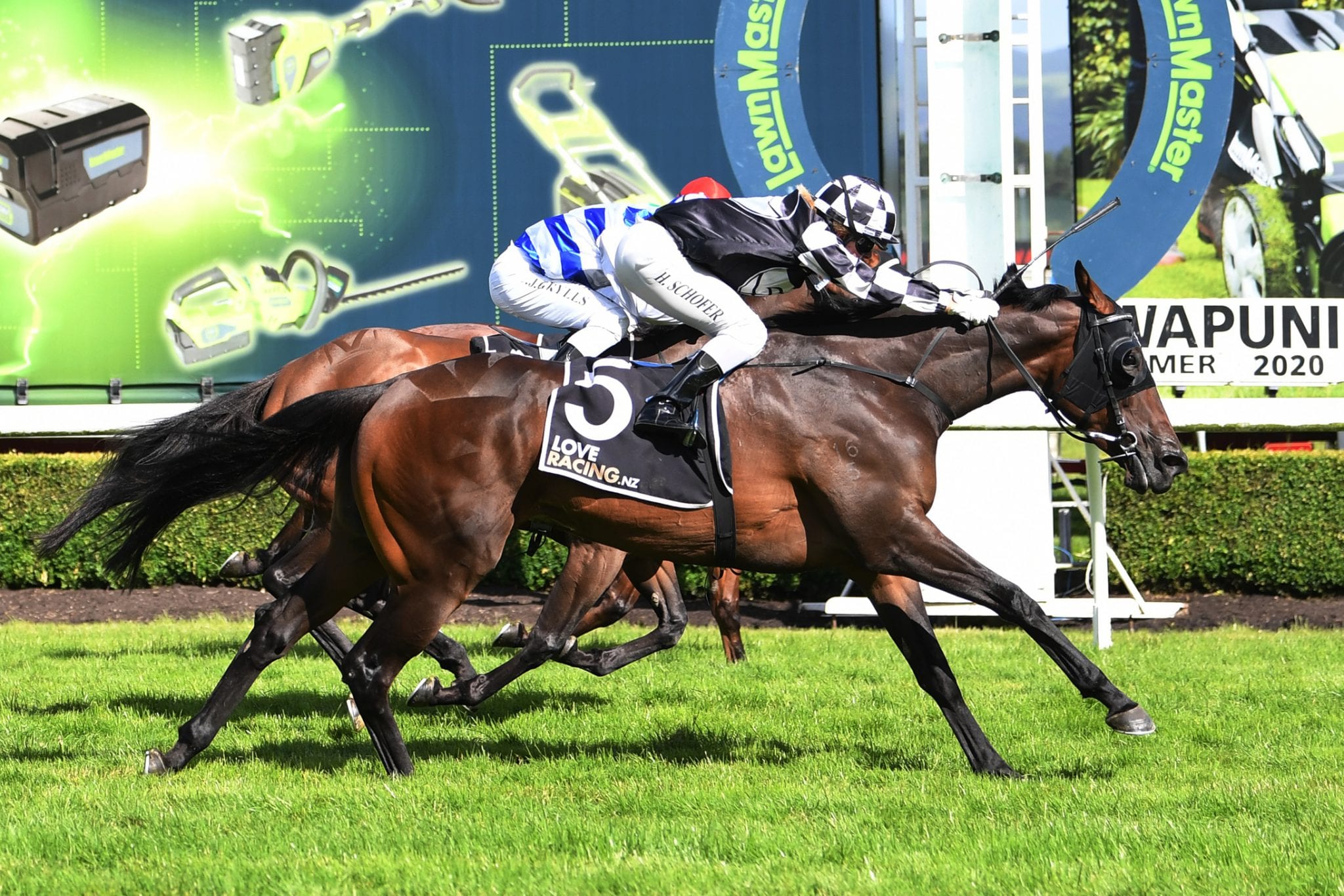 Nothing is stopping Taranaki apprentice Hazel Schofer in 2020, not even an increase in her riding weight. Schofer, 21, rode three winners – Butler, Beefeater, and Our Hail Mary – from five mounts at Awapuni on Saturday, and also earned a Group 3 placing aboard Signora Nera in the Group 3 Lawnmaster Eulogy Stakes (1600m).

Schofer is not a natural lightweight and she took a break from racing in October 2019 due to her battles with maintaining her racing weight. But since her return in July 2020 – one that was delayed by the Covid-19 lockdown – she has done nothing but succeed.

She became the first New Zealand apprentice to ride six winners in a day, achieving the feat at Hawera on August 8, and she is currently third on the jockeys’ premiership with 32 victories, behind runaway leader Danielle Johnson (78 wins) and Craig Grylls (36). Just as impressive has been her strike rate of 5.16, which is behind stars Opie Bosson, Lisa Allpress and Johnson among flat jockeys in the top 40.

While on her break, Schofer said she watched a lot of racing and found a few things she wanted to work on. “I definitely worked on getting lower to the horse and being a lot more streamlined, which was something I really struggled with when I started, and just being a bit more consistent with my whip,” she said. “There’s still a long way to go but I’ve improved a lot.”

Schofer returned to racing with a goal of maintaining a riding weight of 55kg, still higher than many riders. For most of the time since her return she maintained the weight at that level but recently she had to increase her listed riding weight to 56kg.

“It’s something I didn’t really want to do because my weight had been so good when I came back, but it had been creeping up a bit. It’s not nice to then have to go and publicly change – it makes you feel like you’re not working hard enough, even though you know you still might be,” she said. “Some weeks are harder than others, which I think any jockey that has weight issues would find, but I definitely felt good on Saturday and I think it reflected in my riding.”

Schofer has benefitted from the tutelage of trainer Allan Sharrock, renowned as one of the best mentors of apprentice jockeys in New Zealand following the successes of riders such as Michael Walker and Matt Cameron. It has also helped that Sharrock is having one of his best seasons with 26 victories already this season, putting his personal best for a season of 40 under threat, and Schofer has ridden many of those.

Schofer said Sharrock is very fair, always willing to help, and gives her a lot of opportunities. “I wouldn’t want to work anywhere else because I feel like I’m always learning, I’m always improving, and it’s thanks to him. He has so much knowledge,” Schofer said. “I feel like he has a certain level of expectation and that’s good. I like working somewhere where I am expected to perform and ride really well, and it shows because I want to come back after raceday and not have too much to improve on from my races.”

Schofer is looking forward to a busy Christmas racing period, and though she doesn’t have many big-race rides scheduled – her first Group 1 ride came just last weekend aboard Beefeater in the Captain Cook Stakes (1600m) – she is hopeful of a busy and successful summer. Beyond that, she wants to focus on maintaining a good strike rate.

“I’m delighted to be third on the premiership – it’s not something I was expecting at all,” she said. “Obviously I can’t take the number of rides that some of the other riders can take because of my weight, so the strike rate is something I like to keep working on.”