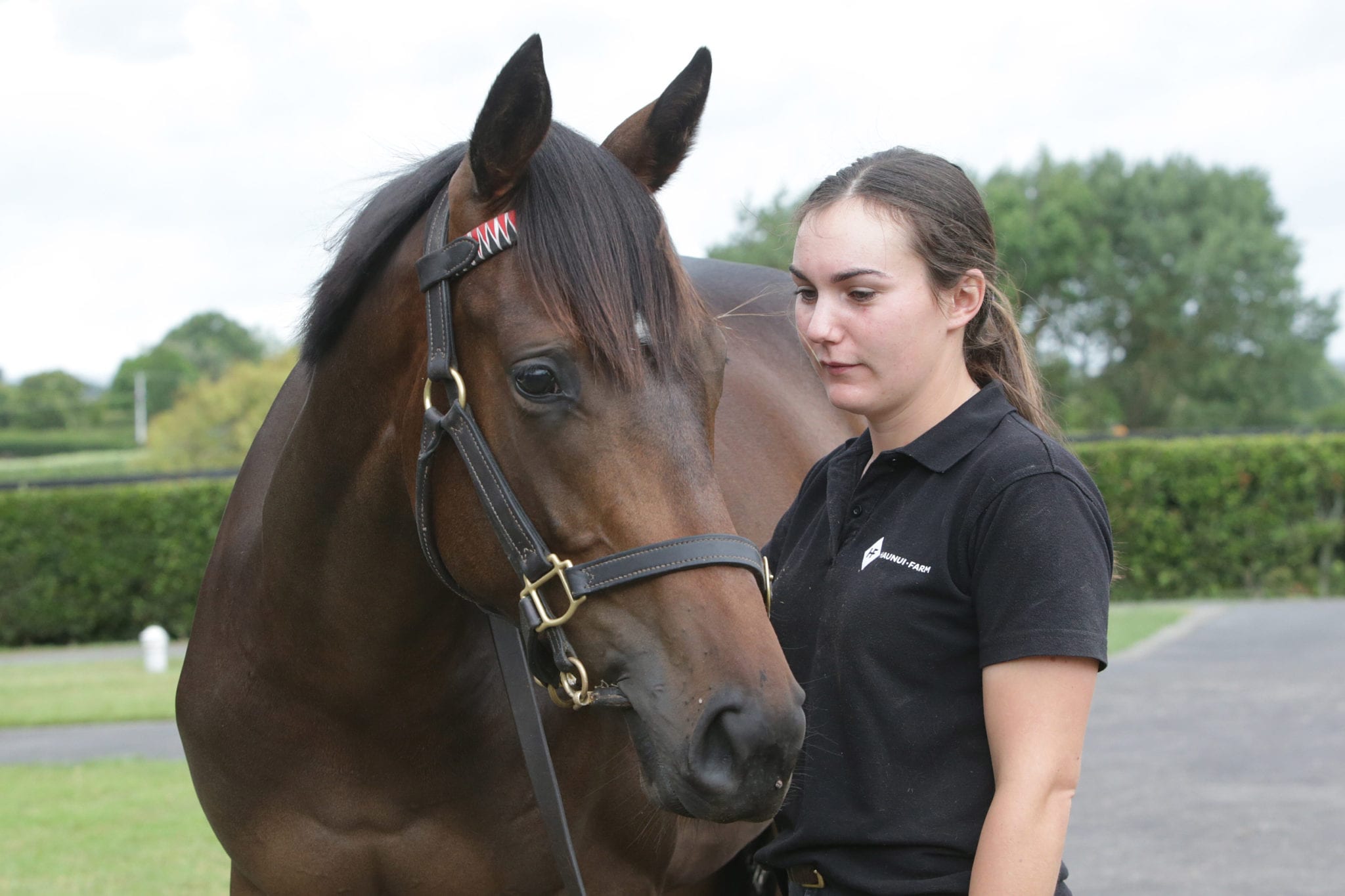 Book 1 of Karaka 2020 looms as a pivotal few days for Haunui Farm stallions Belardo and Iffraaj. The top-tier session of New Zealand Bloodstock’s National Yearling Sales will feature six yearlings from the first crop of exciting young shuttle stallion Belardo, while representation has soared to an all-time high for highly-regarded sire Iffraaj.

A son of Lope de Vega, Belardo won the Group 1 Dewhurst Stakes (1400m) as a two-year-old and added the Group 1 Lockinge Stakes (1600m) as an older horse. Shuttling to Haunui since 2017 at a service fee of $12,000, he has made a big impression with Kiwi breeders. Now the countdown is on to his yearling-sale debut. “From the moment you announce a stallion, right through to selling their first yearlings, it’s always a hugely exciting time for any stud,” Haunui Farm’s managing director Mark Chitty said.

“He was a very high-class racehorse and has been really well-received by New Zealand breeders, who have given him a great start. The feedback has been really positive about his yearlings and we can’t wait to see them go through the ring.” His Karaka 2020 offering includes Lot 476, out of the Group 1 New Zealand Oaks (2400m) winner Boundless, while Lot 144 is a half-brother to this season’s stakes-placed juvenile Ohio Showgirl.

The other big feature of Karaka 2020 for Haunui is the rise of Iffraaj. Just four years ago, there were only four Iffraaj yearlings sold in the elite session, which was then known as the Premier Sale. There were five in 2016 and only two in 2017. But Iffraaj has continually churned out remarkable racetrack results, season after season, and that has been reflected by a growing presence in the Book 1 catalogue.

There were 19 Iffraaj yearlings sold during that session in 2018, and 22 in 2019. This year he will go to a whole new level, with 41 yearlings going under the hammer in Book 1 by the son of Zafonic. “It’s a big step up for him, and it’s well-deserved,” Chitty said. “It’s recognition of the fact that he’s become a proven international sire. He’s also made an outstanding start as a broodmare sire, and he now has sons who are standing at stud.”

Iffraaj has sired a total of 789 winners worldwide from 1304 runners, including 70 individual stakes winners. With his victory in the Group 1 Captain Cook Stakes (1600m) earlier this month, Wyndspelle became his 10th individual Group 1 winner. In New Zealand and Australia, Iffraaj has sired 248 winners, 26 at stakes level, including elite performers Turn Me Loose, Gingernuts, Jon Snow and Wyndspelle.

As a broodmare sire, Iffraaj has so far been represented by 12 winners from 25 runners – a list that is headed by the 10-time Group 1 winner and New Zealand Horse of the Year Melody Belle. His sons at stud include Turn Me Loose and Jon Snow in New Zealand, and fellow Group 1 winners Ribchester and Jungle Cat in Australia. There are some beautifully bred yearlings among Iffraaj’s Book 1 selection late next month, many of which are going through Haunui’s own draft. “We’re thrilled to see such a quality group of Iffraaj yearlings in the catalogue, and we’re offering some lovely horses ourselves,” Chitty said.

Those include Lot 337, a filly out of Talaria – a stakes-winning full-sister to this year’s Group 1 Doncaster (1600m) winner Brutal. Lot 380 is a colt out of the stakes-winning mare Valpolicella, making him a half-brother to stakes winners Vavasour, Catalonia and Celebrity Dream, as well as the Haunui-part-owned Group 1 placegetter Rondinella. “The Talaria filly is an exceptionally nice first foal out of the mare,” Chitty said. “She’s a lovely filly and comes from a very current family. “The Valpolicella is another quality yearling – a really great mover. Rondinella couldn’t quite give us the Group win we desperately wanted with her this spring, but that’s racing. This is stil a really nice colt who should create plenty of interest.”

These Haunui yearlings illustrate the quality of the stud’s broodmare band, which has risen markedly over the last five years. “In the last few years we have really concentrated on improving our broodmare band,” Chitty said. “With that in mind, we’ve bought some lovely yearling fillies, and we’ve also imported some quality mares from Europe and Australia. “As well as that, we’ve had the good fortune to have some mares of our own retire off the racetrack with black-type success to their names. “It’s all come together very nicely, and I think it shows in our yearling draft this year.”

Haunui has also built mutually rewarding partnerships with a number of clients, such as Melody Belle’s breeder Marie Leicester, Talaria’s owners Barneswood Farm, plus Cathy Franich and Jonathan Munz. “We’re lucky to be able to benefit from such long-standing relationships with great clients,” Chitty said. “Marie has been our longest-serving client, and her success is our success. We love to follow the progress of all of her graduates.”

One that is sure to turn heads at Karaka 2020 is Lot 86 – a half-brother to Melody Belle. “We’re very excited to be able to sell a Tavistock half-brother to Melody Belle,” Chitty said. “She’s an incredible mare who once again swept all before her through the spring. “This colt is everything you’d expect to see from a quality Tavistock yearling. I think he has all the makings of a really nice Guineas horse as a three-year-old, and I’d expect him to be able to get up over 2000 metres later on.”