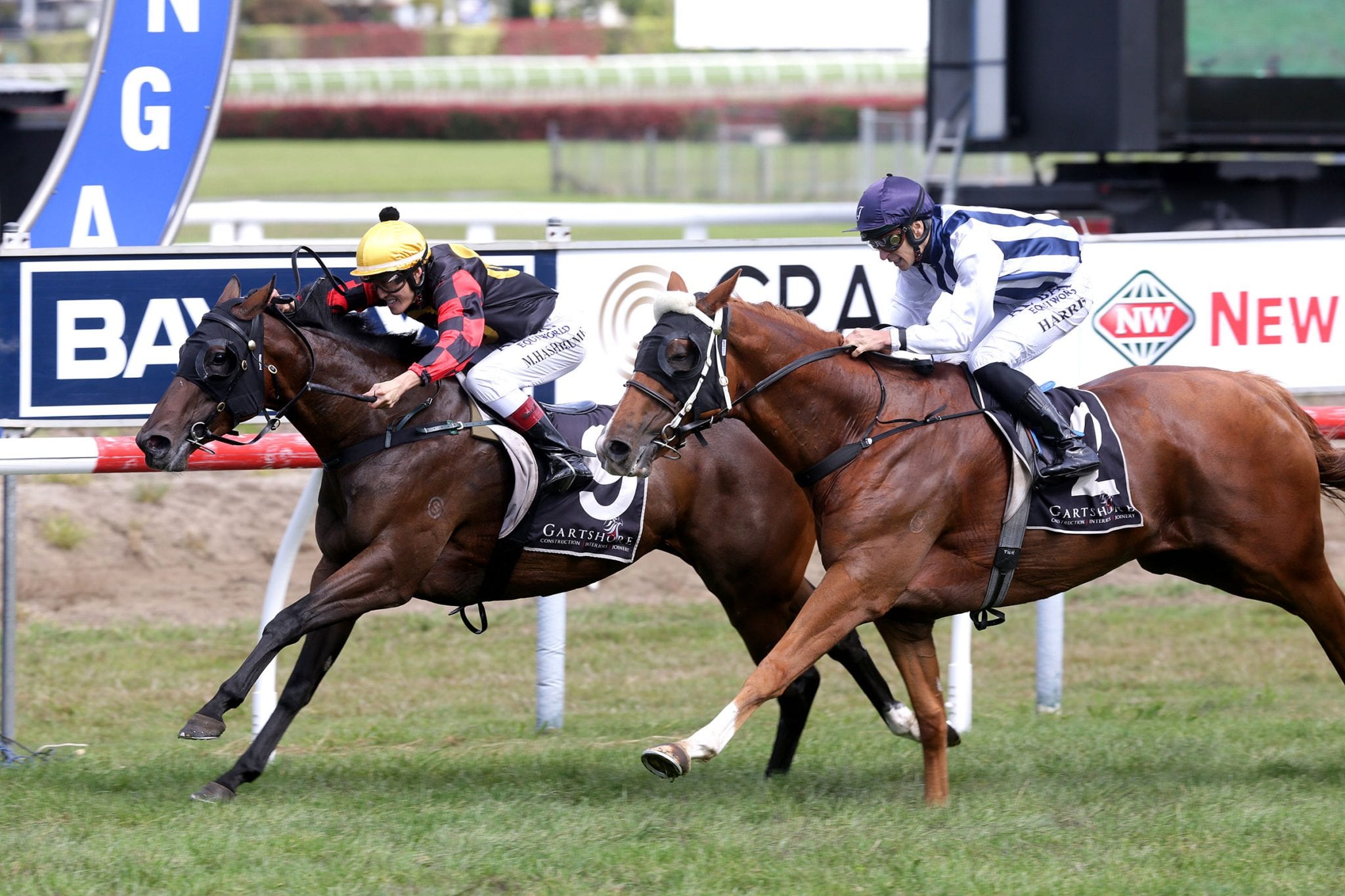 Japanese apprentice jockey Masa Hashizume continued his sparkling form of late when he guided Our Modena to a thrilling victory at Tauranga on Saturday.

The Murray Baker and Andrew Forsman-trained four-year-old hadn’t been seen since finishing unplaced over 1600m at Pukekohe last November, but in the hands of Hashizume led all the way to record her second career victory.

It was Hashizume’s 18th win of the season, a tally that could well have been several more if not for spending two months on the sideline after fracturing his pelvis in a race fall back in October.

Despite the mishap Hashizume is keen to continue the momentum he has developed of late, although he still pinches himself on a regular basis regarding how his life has unfolded since arriving in New Zealand as a fresh-faced eighteen-year-old back in 2014.

“I was born and grew up in Fukuoka in Japan,” he said. “I didn’t have any contact with horses at all, although I liked animals and I told my parents one day that I wanted to be a zookeeper.

“They weren’t very supportive of the idea and told me I would have to go to college and university to train.

“I didn’t really like school that much, so I gave up on that idea pretty quickly.

“I ended up leaving school when I was 16 and I was arguing all the time with my parents about what I was going to do with my life.

“My mother is a cosmetician and she had a client who knew about a riding school in Australia. She told me I should become a jockey as I was a natural lightweight.

“My mum did some research and found out about the school in Australia as well as one in Christchurch. I told her I would go to the one in New Zealand as I thought the climate would be more like home and I just wanted to get them off my back about getting a job.

“I arrived in Christchurch in April 2014 and didn’t have any warm clothes to wear. The first thing I had to do was to buy something warm to wear for the winter.”

Hashizume flourished at the riding school and soon gained a job working part-time for Canterbury trainer Neill Ridley. He then moved on to the stable of Brian Court, but things didn’t go well and he found himself working in a local Japanese restaurant to make ends meet.

“When I left Brian Court’s stable, I worked for a Japanese restaurant for a few months before I went back home for my 20th birthday,” he said.

“While I was away, I realised I really wanted to be a jockey and New Zealand was the best place to achieve my dream.

“I had a New Zealand girlfriend at the time who told me that I should try the North Island as that was where most the horses were.

“I moved to Cambridge and worked for Ralph Manning as a probationer before shifting to Graham Richardson.

“After a while Graham told me he didn’t really have the opportunities that I needed so I went to work for Bruce Wallace and Grant Cooksley and have been there ever since.”

Hashizume has flourished under the guidance of one of New Zealand’s best ever riders in Cooksley and thrives on the feedback and advice he receives.

“Mr Cooksley doesn’t say too much and I know if he doesn’t say anything about a ride then I’ve done well.

“If I ride a bad race, he is quick to correct me and show me what I have done wrong and I have really improved under his guidance.

“I also work closely with Noel Harris through the apprentice school and he has been a big help as well.”

Hashizume is dedicated to improving his riding to the point where he can market himself overseas once his apprenticeship is finished.

“My dream is to ride around the world, but I know there is still a long way to go before I’m ready for that.

“To think that I could travel the world with just a cap, whip and saddle is amazing so I’m going to do my best to make that happen.

“I really love New Zealand and want to thank everyone who has helped me get to where I am today.”

Hashizume has had 44 career wins with his 18 this season placing him in the top ten apprentice riders on the National Jockeys’ premiership.