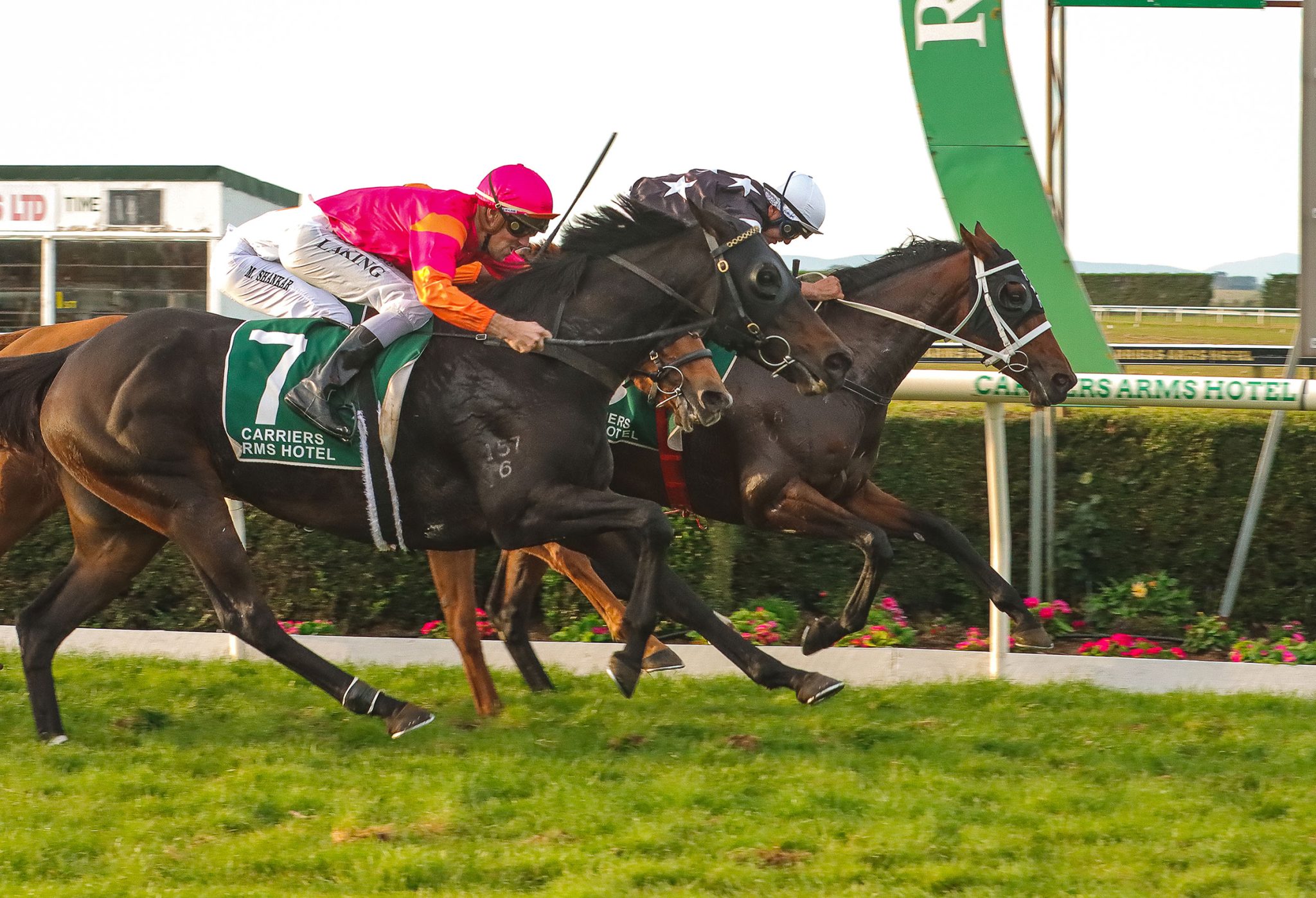 Game New Zealand mare Wannabe ‘N’ Paris capped a wonderful day at Riverton on Monday for trainer Paul Harris when she refused to relent in the home straight to take home the major spoils in the Listed Carriers Arms Hotel Riverton Cup (2147m).

Sent straight to the front by rider Chris Johnson, the five-year-old daughter of Reliable Man set up a steady tempo which had the 15-horse field well spread out with 800m to run.

Johnson applied the pressure approaching the home turn and had the mare trucking with a full head of steam with 300m to run.

Challenged firstly by Kaareraway and then eventual runner-up Asathought, Wannabe ‘N’ Paris found plenty as she stuck her neck out at the line to hold them both out and register her first stakes victory.

Harris, who let out a mighty roar as the mare crossed the line, was a bundle of emotion after the race.

“They went fast early and she was taken on but she was just too tough in the end,” he said.

“Luckily, she got a couple of cheap sectionals and when Chris shot her clear rounding the home bend, I knew she was going to be hard to catch as she never gives in.

“They all had a shot at her and they couldn’t get past, so I am just immensely proud of her and for what she has achieved.”

A lengthy spell in the paddock awaits the mare before Harris brings her back into work with one major goal in mind.

“She can have a really good break now as she has been up for a long time,” he said.

“All going well we will get her back in the spring and we will be quite specific in the races we aim her for as the main target is the Wellington Cup (Group 3, 3200m).

“She was a late scratching in the race this year after she reared up and fell over in the birdcage before the race, which was heartbreaking, so we want to go back and give her another shot at it.

“If she could win that then a trip to Australia would be on the cards as she would be weighted out of most races over here, but that is still a long way off at this stage.

“She is now a stakes winner and a very valuable breeding prospect and she goes to the paddock at just the right time.”

Wannabe ‘N’ Paris began her career in the North Island where she trialled on several occasions before being purchased off gavelhouse.com by Singapore-based trainer Alvin Tan for NZD$600, before being on-sold to Harris for stable clients.

She is out of the Bernstein mare Wannabe Queen and has now won seven of her 41 starts and over NZD$148,000.

The victory capped off a winning treble for Harris who had earlier won two of the first three races with Cause Celebre and Radiant Rosie.

The final race of twelve at the meeting had to be abandoned after power issues and a serious injury to apprentice rider Savish Khetoo earlier in the day saw the meeting put back over an hour, with insufficient daylight available to run the last race at the scheduled time of 5:57pm.