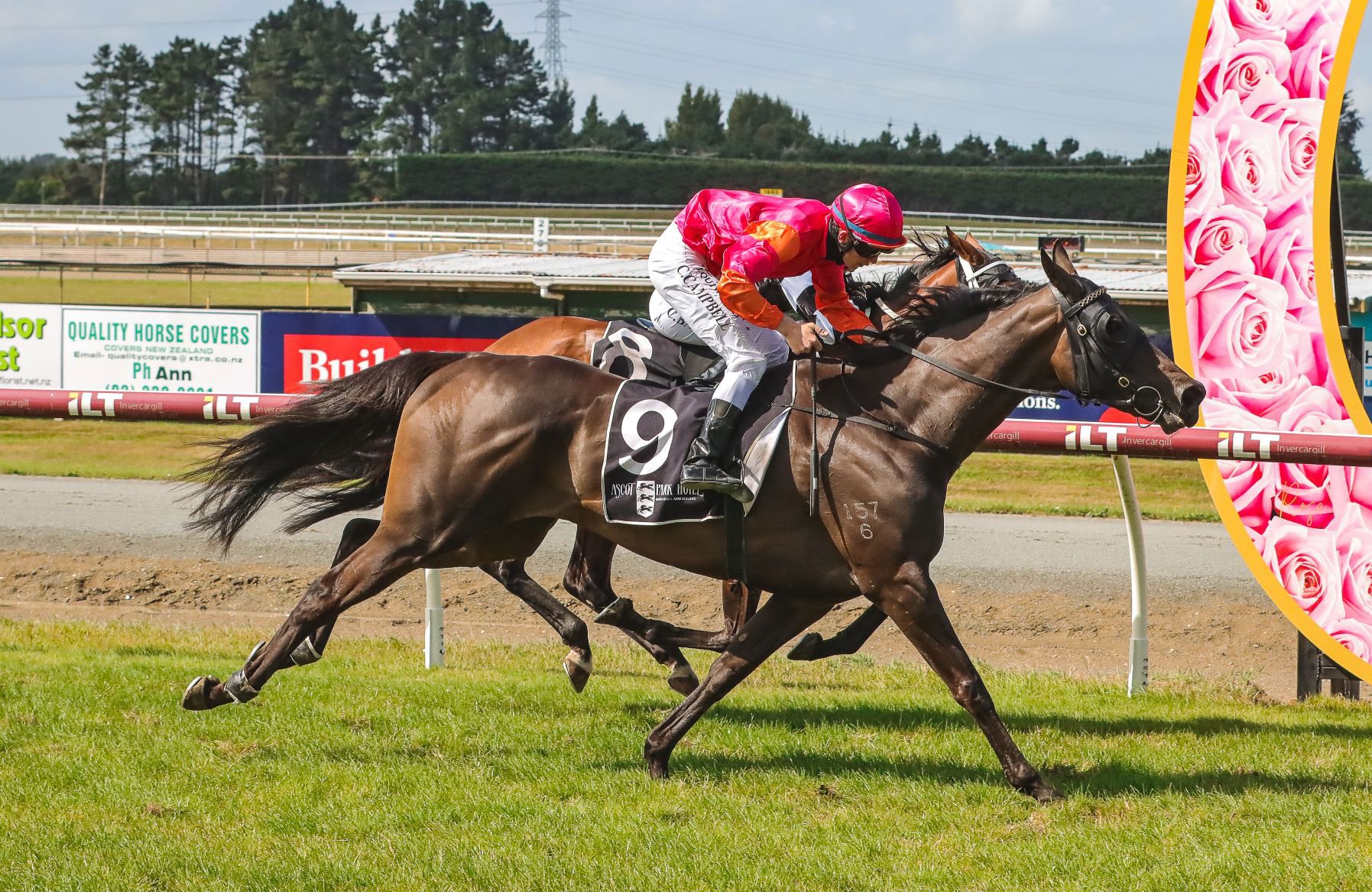 Asathought will crown herself as Queen of Southland’s stayers with success in Saturday’s Listed Carriers Arms Hotel Riverton Cup (2147m).

The So You Think half-sister to multiple Group One winner Avantage has already won the Gore Cup (2000m) and the Invercargill Cup (2600m) and looks on track to complete the sweep of Southland’s feature staying races.

“It would be great to win all the local Cups,” Ascot Park trainer Lisa Vaughan said.

“The track will suit too. It’s been raining down here and it’s currently a soft 7 so that should play into her hands. And with Corey (Campbell, jockey) out, we’ve managed to pick up Jason Laking and we think he’ll really suit her as well.”

A winner of five of her 25 starts, the Willie and Karen Calder-bred and raced Asathought has recorded all five of her wins on rain-affected tracks, striking suitable tracks for her Gore and Invercargill wins over summer.

Freshened after her Invercargill Cup success, Asathought made late ground from last in last month’s Group 3 South Island Thoroughbred Breeders’ Stakes (1600m) at Riccarton over a distance shorter than her optimum.

“She’d been up a wee while so we thought we’d give her a freshen up and have a go at the South Island Breeders’ Stakes. The mile was probably always going to be too short but if the race was run at a more genuine speed, she might have been more of a chance,” Vaughan said.

“It was a good build up race for the Riverton Cup and she’s a lot more forward after that run. She had a good workout Tuesday. It was a good strong hit-out and she did it nicely and she’ll go to the beach tomorrow. She’s on target.”

Vaughan said Asathought had often cost herself by getting too far back in slowly-run races so she was hoping Laking could position her in a striking position for the Riverton Cup.

“The key will be getting her out of the gates. She’s very similar to how she was going into the Invercargill Cup,” Vaughan said.

“She’s at the same weight and I think we’ll see a similar-type of performance, provided we can get her into the race. She’s a wee bit of a difficult mare and it’s the first time Jason has ridden her but he’s a top rider and we think he’ll suit her.”

Safely through this weekend and with a performance that meets Vaughan’s expectations, Asathought could back up into the Group 3 Coca-Cola Canterbury Gold Cup (2000m) at Riccarton on Saturday week.

“We’ll see how she comes through Riverton and we may look to next weekend at Riccarton and then she may go out for winter,” Vaughan said.

“We’ll get her up and going in the spring again. She’ll be mentally and physically stronger again then and we’ve always thought that as a six-year-old that would be her year.

“We hope to target a couple of nice races over distance. She’s always shown us she comes into her own after Christmas so the Wellington Cup (Group 3, 3200m) would be a nice race to target.”