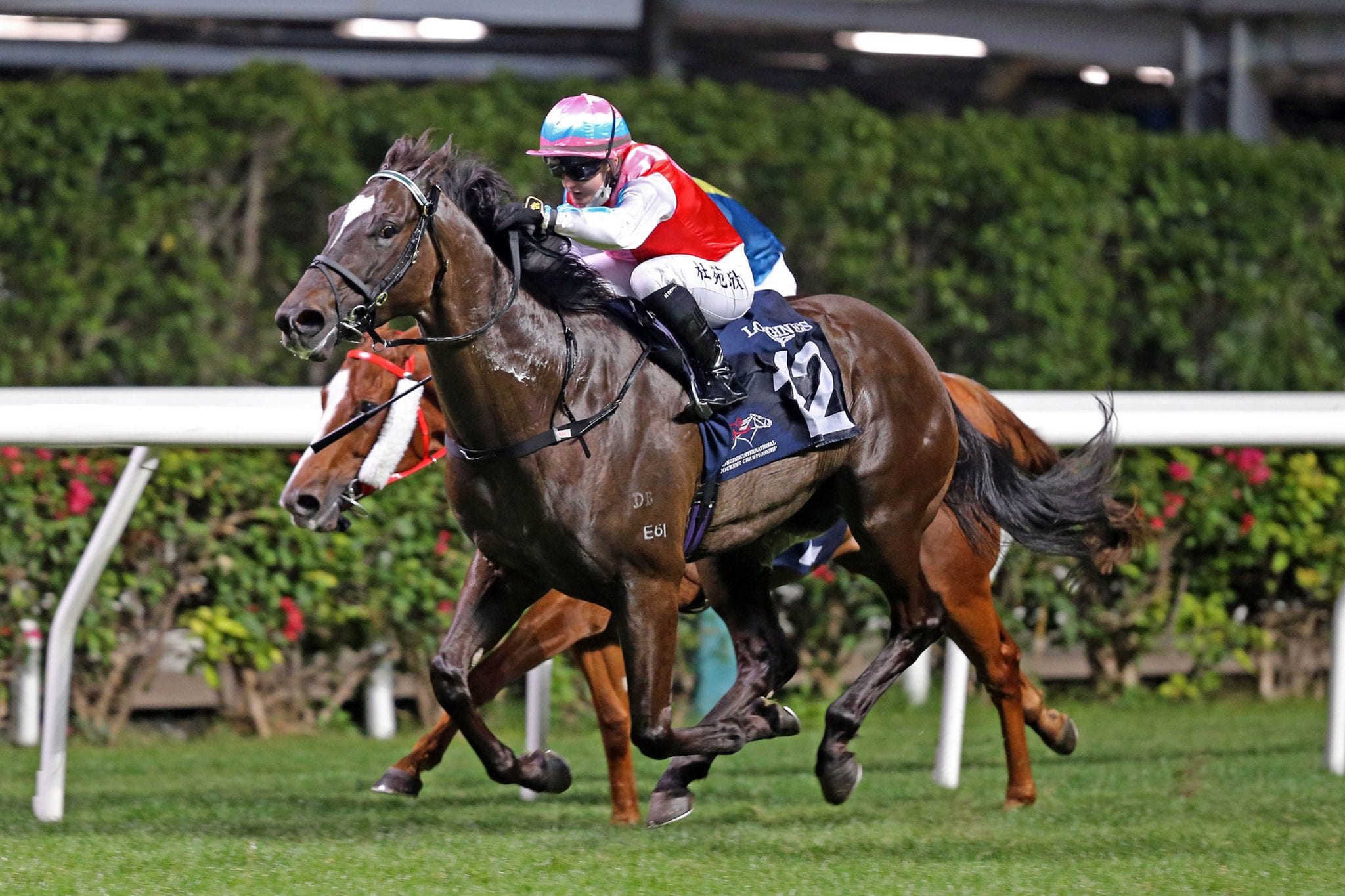 David Hayes and Blake Shinn will reunite with Harmony N Blessed at Happy Valley on Wednesday (13 January) night, optimistic the unbeaten sprinter can deliver further momentum for both trainer and jockey.

Accustomed to serial high achievement, Hayes and Shinn are both in rebuilding mode with the dual Hong Kong champion trainer in the throes of re-establishing his stable and the Melbourne Cup-winning jockey intent on adding further lustre to his international record.

Hayes has nine winners for the season; Shinn has seven.

The last time the pair combined in victory was when Harmony N Blessed – a son of Magnus – blitzed his opposition on debut at Sha Tin over 1200m on 22 November.

The Australian-bred import then prevailed under Hollie Doyle in the fourth leg of the LONGINES International Jockeys’ Championship at Happy Valley over 1200m on 9 December.

Hayes is confident Harmony N Blessed has the credentials to land the second section of Class 3 Begonia Handicap (1200m) at the city circuit after Grateful Heart – who finished second to Harmony N Blessed at his previous start – subsequently won at Happy Valley on 23 December.

“The horse he beat (Grateful Heart) franked the form, came out and won again,” Hayes said. “His (Harmony N Blessed) trial was good. He’s had a nice month between runs and should run well.”

Hayes has chosen to send Harmony N Blessed back to Happy Valley based on his liking for the track.

“He’s had two trials there, which were brilliant. His win there was workmanlike and hopefully with that run under his belt and experience, he’ll keep improving,” Hayes said.

“He’s a speed horse. He will get more relaxed with racing but I think he’s got plenty of room to go up in class. It’s hard to keep winning but he’ll be favourite to do so.”

Harmony N Blessed will jump from barrier six as Hayes continues to mould an exciting band of newcomers.

“It’s a bit quiet,” he said. “New horses just take time and I’ve got a stable full of them so I’ve just got to be patient.”

Neil Callan hopes a string of decent chances will herald a return to the winners’ circle for the Irishman, who has endured an exasperating run of top-three finishes over the past month.

Callan has regularly figured in the placings since Excellent Chariot’s victory at Sha Tin on 6 December without saluting, but is optimistic Tom’s Style and Noble Steed can reverse the trend at Happy Valley.

“It was a nice run last start, he hit the line quite nicely,” Callan said of Tom’s Style, who contests the Class 4 Dianthus Handicap (1000m) after powering home when fourth behind Happy Good Guys at Happy Valley on 23 December.

“Tricky gate (12) this time, but at least we know sitting back, he can hit the line strongly again.

“He’s quite a headstrong horse, but hopefully he can go onwards and upwards.

Callan will also have to contend with barrier 12 for Noble Steed in the Class 3 Cassia Handicap (1650m) as the gelding attempts to improve on a narrow last-start second.

“It was a very good run – I tried to give him a chance to hit the line and he closed off quite strongly,” Callan said.

“Hopefully he can replicate it, even though he’s got a trickier draw. We’ll be in the lap of the Gods on the way the race is run and that will determine where we’ll be.

“We’ll just have to wait and see.”