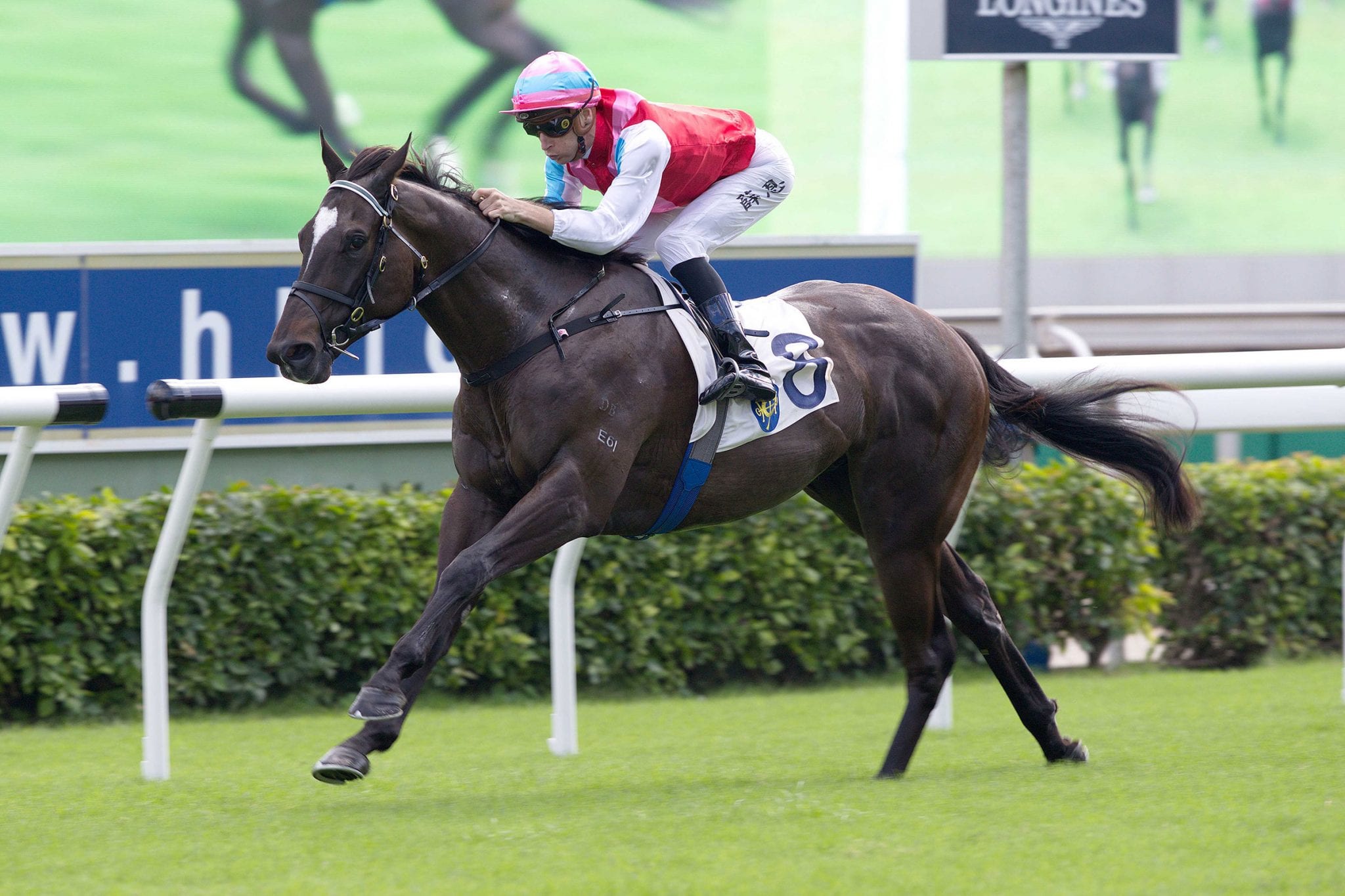 After bursting onto the scene with a pair of rousing wins at his first two starts, the lightly raced four-year-old has since been unsuccessful in four subsequent runs, but Shinn is optimistic of his ability to not only bounce back but to carry on with his advance up the handicap.

“His form has been fairly consistent but as he’s gone up in class when he’s got a racing pattern where he has to do it at both ends – it’s hard for him, especially when he has to absorb so much pressure.

“But I believe he’s going to make his way up the ratings, quite high in the ratings actually, so we certainly haven’t reached the bottom of this horse and hopefully tomorrow night he can show his true form,” Shinn said.

Sitting on a mark of 69, the David Hayes-trained speedster kicked off his career six starts ago with successive wins, firstly on debut by two lengths at Sha Tin before scoring stoutly at the city circuit last December.

“He’s a natural running horse – that’s his best attribute – and he’s a strong horse, I think we will just fire him out and see how it unfolds, he doesn’t have to lead but I’d love it if he can find the rail because he corners very well,” Shinn said.

“I think he’s got a good chance, his last run at Happy Valley over 1200 metres was quite solid, he set a good tempo in front where he went pretty quick but that’s his natural pattern.

“He just got overhauled by a couple of classy horses, so he’s back to 1000 metres this time with the benefit of that run and a little bit of a layoff – I think that should suit him down to the ground,” the Australian said.

Shinn scored his first double in Hong Kong on Sunday (23 May) at Sha Tin with victories atop Donc Je Suis and Hall Of Champ, enhancing his seasonal tally to 21.

“It was quite satisfying, it’s been a hard road to get to where we got to on the weekend but I’ve toughed it out and to ride winners for David Hayes and Caspar Fownes, both of those guys have stuck really solid by me in Hong Kong so it was great to win for them and let’s hope it can keep on rolling from here,” he said.

Shinn joined Hong Kong’s riding ranks at the beginning of the 2019/20 racing season and has since collected 36 wins in total, including a victory aboard Excellent Proposal in this season’s HK$12 million Hong Kong Classic Mile, the first leg of the Four-Year-Old Classic Series.

“It’s starting to pick up a little bit – I feel like I’m learning more and more about the racing and picking up the little intricacies of Hong Kong and I think the results are starting to show that, so let’s hope we can just keep forging forward,” Shinn said.

Stepping away from gate four against 11 rivals, the son of I Am Invincible will look for back-to-back wins after his length and half success earlier this month over the course and distance.

“He had the perfect run through – he had the best gate on the day, a clear run in the straight, everything was perfect for him and he definitely needs the same to go his way again, if he gets a smooth run then no doubt he’s a good enough horse to win again,” Moreira said.

Trained by Anthony & Sam Freedman prior to export from Australia, the gelding was a two-time winner from four starts Down Under.

Fresh off a treble on Sunday at Sha Tin which included victory in the Group 3 Sha Tin Vase Handicap (1200m) aboard the impressive Courier Wonder, Moreira takes a full book of rides at Happy Valley’s midweek fixture.