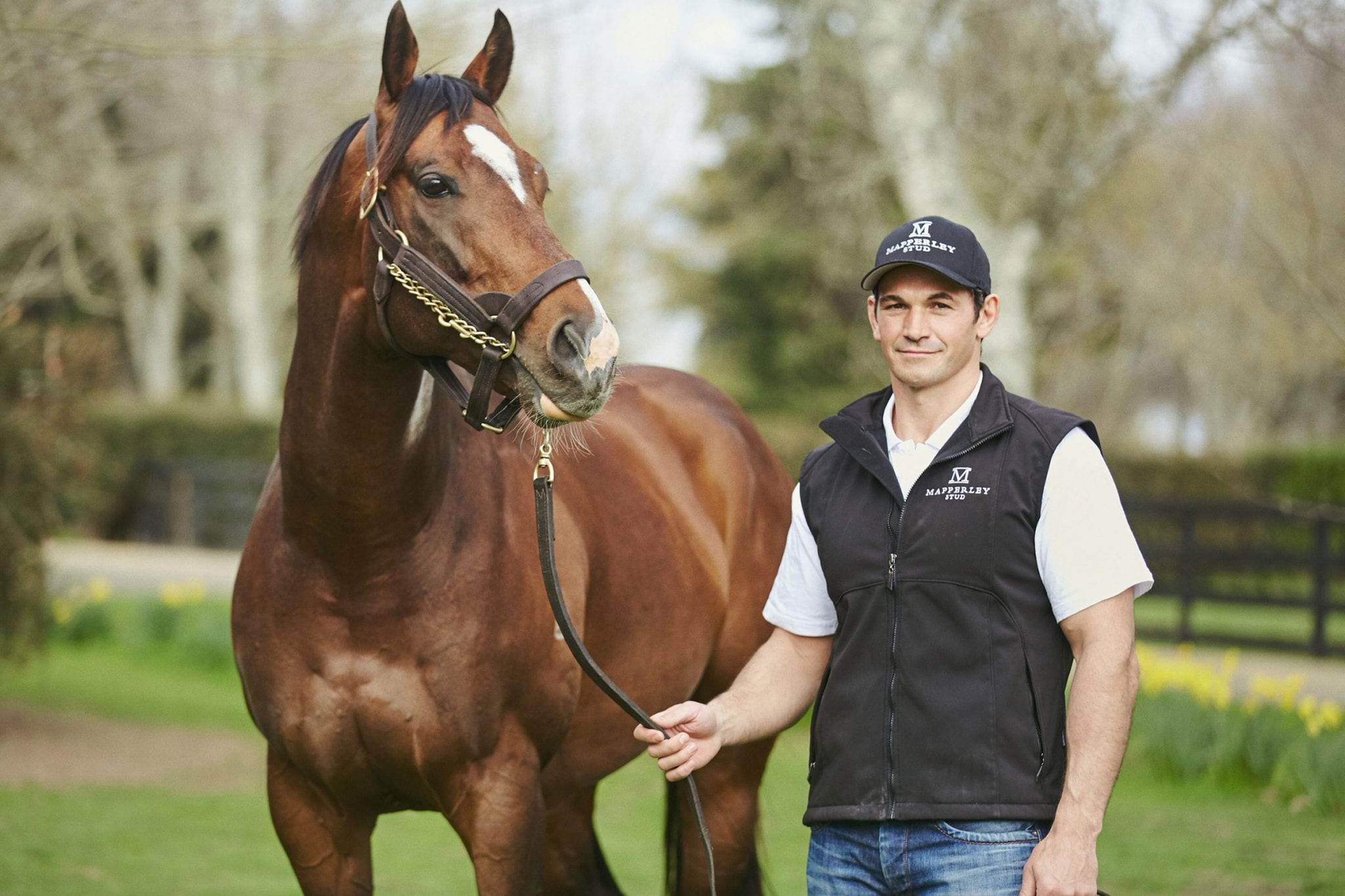 Within the space of just four days, a huge black-type double for three-year-old progeny of Contributer has rewarded years of hard work for Simms Davison and the Mapperley Stud team.

The Matamata nursery has had its ups and downs since entering the stallion business almost a decade ago, including the untimely loss of the highly promising Atlante – sire of 25 winners from just two crops, with three stakes winners including Group One star Callsign Mav.

But this week made it all worthwhile as Contributer’s first-crop daughter Llanacord delivered his first black-type win in Wednesday’s Group 2 Lowland Stakes (2100m) at Hastings, then Lion’s Roar went one better with a powerful finish to triumph in Saturday’s Group 1 Randwick Guineas (1600m).

“It’s been a great few days,” Davison said. “It’s really rewarding – not only for me, but for the whole team on the farm as well. They’ve all worked so hard over a long period of time.

“One of the coolest things about Saturday was that most of the texts that were flying around were from members of our staff, and also past employees. They all know how much we’ve always liked this horse, and they know how much work we’ve all put into trying to get our stallion roster up and running.

“We’ve had some ups and downs since we decided to move into the stallion game about eight years ago. Losing Atlante was a huge blow for us, and pretty deflating after we’d put in a lot of long hours and hard work.

“To have the excitement and thrills that Contributer has given us this week, it’s a massive boost for the farm.”

Contributer is now the sire of 14 winners from 38 runners, with two stakes winners and another three stakes placegetters.

The son of High Chaparral won the Group 1 Chipping Norton Stakes (1600m) and Ranvet Stakes (2000m) in the all-blue colours of Godolphin, and Davison subsequently secured him in a deal with Darley.

“We bought half of the horse, and Darley owns the other half,” he said. “He was one of the very first horses I syndicated, and there was a great response from New Zealand breeders.

“Some people might have been put off by the fact that he won his Group Ones as an older horse himself, thinking his progeny might be later-maturing types.

“But John O’Shea, who trained him, told me there was no reason he couldn’t have performed like that earlier. He was just kept away from that level when he was in the northern hemisphere. John said that if he’d got his hands on him earlier, he would have been performing at the top level earlier, and he always believed his progeny would have the ability to run early as well.

“The clients who backed him and put their faith in him are now being rewarded, and that’s so satisfying for us.”

Despite Darley retaining 50% of the ownership, Davison confirmed that Contributer’s future lies on this side of the Tasman.

“He’s permanently in New Zealand,” he said. “When we got the deal done with Darley, part of the agreement was that he would remain over here. The only way he could possibly go over to Australia is through a sale, so Darley would have to buy us out for that to happen.

“It’s great for the New Zealand industry to have an emerging stallion performing like he is. We’ve been up against it in the last few years, with the gap between our racing and Australia’s, so it’s great to have another stallion come along who can hopefully fly the flag.”

But that excitement is tinged with a little disappointment, with Contributer having produced under 40 foals in each of the 2017, 2018 and 2019 seasons.

“We’ve had a bit of bad luck with him – he took a bad kick one year, and we had to shut him down for a large part of the season,” Davison said. “There was a similar situation another year as well, so there have been a few challenges and he hasn’t had huge numbers. But the results of this week have really put him on his way.

“The demand for his yearlings has been fantastic, right from his very first crop. The results this year have been huge. He stamps his mark on them, particularly with his great temperament, and the market has responded really well to them. That’s been very pleasing to see.”