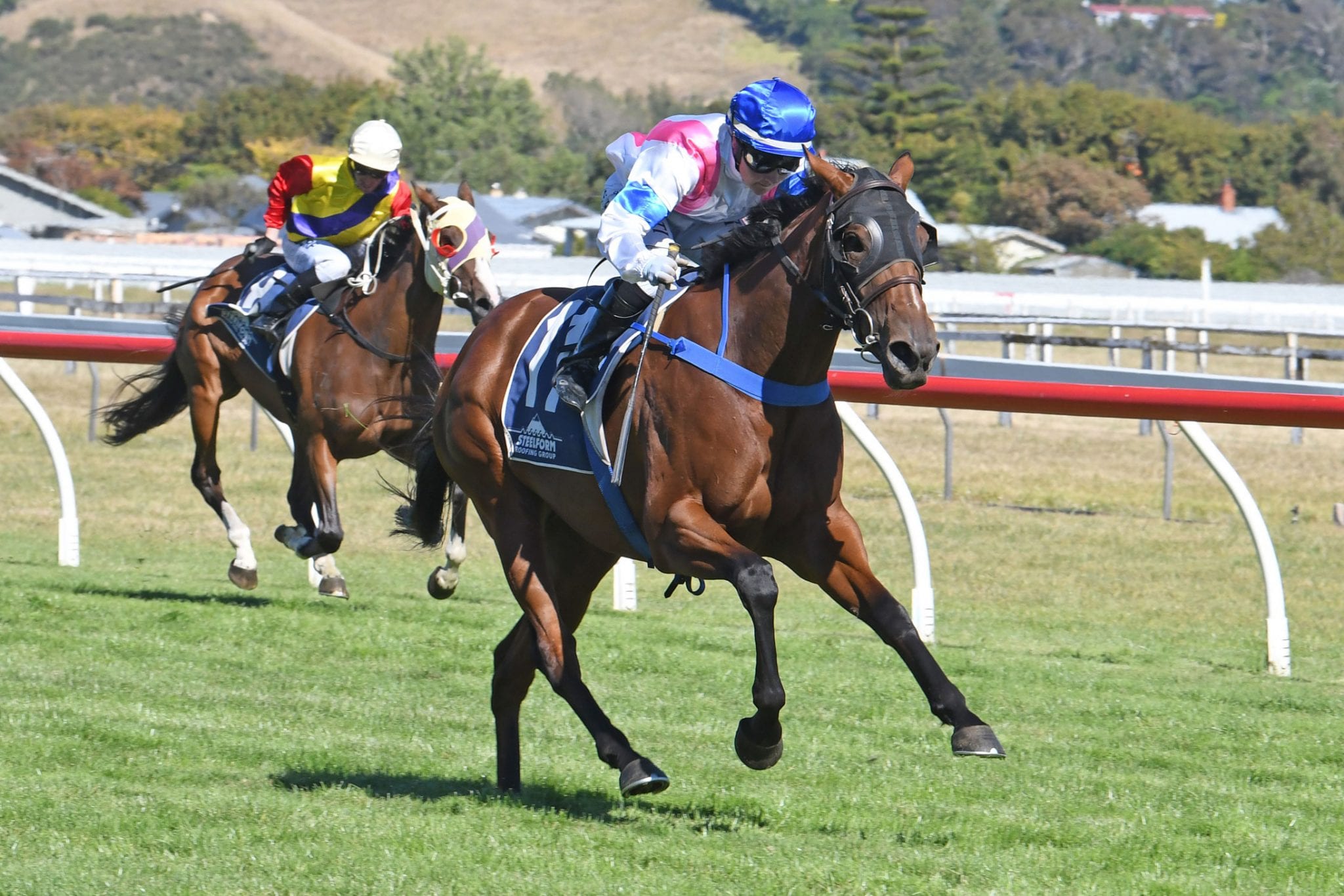 Exciting filly Llanacord is giving trainer and part-owner Stephen Nickalls the ride of his life and he is hoping that will continue in Australia in the coming month.

The daughter of Contributer won the Group 2 Lowland Stakes (2100m) at Hastings last month before running third to Amarelinha in the Group 1 New Zealand Oaks (2400m) at Trentham.

Buoyed by her success, Nickalls, along with his mother and stepfather, Dianne and Kevin Hopson, who share in her ownership, have elected to test her talents across the Tasman.

“The plan is to go to Adelaide and we will line-up in the Australasian Oaks (Group 1, 2000m) and then a fortnight later there is the Fillies Classic (Group 3, 2500m),” Nickalls said.

“She is going to fly out on Wednesday next week to Melbourne and get on the transporter to Adelaide.

“We are going to base ourselves at Ryan Balfour’s place, he has stables at Morphettville.”

Nickall’s became acquainted with Balfour through fellow Central Districts trainer Bill Thurlow, and he said Balfour has been very helpful with the logistics of getting his filly to Adelaide.

“Ryan has been brilliant helping with everything in getting over there and what we have to do, changing feeds and that sort of thing,” Nickalls said.

“Bill Thurlow put me onto him, he met him when he was in Australia. He said he was in Adelaide and is a really good guy so I should give him a ring.

“I rang him and asked him a couple of questions and before I knew it he said to come and stay with him.”

With a trans-Tasman travel bubble coming into effect on April 19, Nickalls will head to Adelaide himself to oversee Llanacord’s final preparation.

“The plan is for myself to go,” he said. “We are working out a few things at home, we have got other horses and we do it all ourselves. We have just got to make sure we can make that all work.”

Nickalls is looking forward to the trip, his first time campaigning a horse in Australia, but said there are some nerves that come with that.

“It’s both exciting and a little nerve-wracking,” he said.

“I was talking with (Wanganui trainer) Kevin Myers the other day and he said it is no different than going to the South Island, it is just further away.”

With the Queensland Winter Carnival returning this year after its COVID-19 enforced hiatus last year, Nickalls is hoping a number of top fillies will head to the Sunshine State for their Classics.

“Ryan was saying the main lead-up (Group 3 Auraria Stakes, 1800m) is this Saturday, so it will be interesting to see what horses go there,” Nickalls said.

“With Queensland there are a few others (trainers) that like to go up to the Sunshine State for a holiday, so he said it was a good opportunity to go and have a crack.”

Nickalls has been pleased with Llanacord since her placing in the Oaks and he said she will have one final hit-out at Te Rapa this weekend before heading to Australia.

“She had a quiet couple of weeks after the Oaks and is very well,” he said.

“With her rating, it has got hard finding a suitable race. We are going to have to drop back to a (rating) 74 mile at Te Rapa on Saturday to give her a hit-out before we go.

“She is going to carry a truckload of weight, but we can’t do much about that, that’s what happens when you win races, they give you points.”

Nickalls said he is having the time of his life and can’t wait to continue the fantastic ride he is having with the filly his stepfather purchased out of Mapperley Stud’s 2019 New Zealand Bloodstock Book 2 Yearling Sale draft for $15,000.

“It’s a hell of a ride so far and you have just got to pinch yourself that you are competing in those kind of races,” Nickalls said.

“We are just a little family stable and it’s amazing to think that we can have a horse like her who is as consistent as she is, and having as much fun as we are.